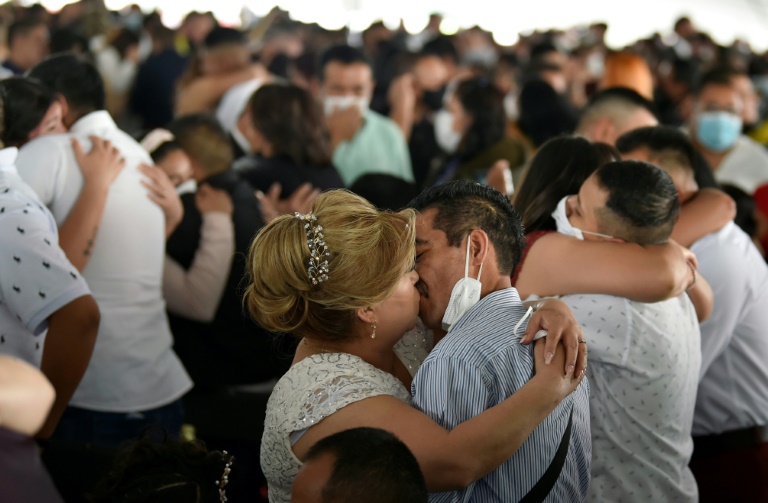 With tears in their eyes and smiles beneath their face masks, more than 660 couples tied the knot Monday at a Valentine’s Day mass wedding in Mexico.

“I didn’t think I would have another chance, but love arrived because love arrived,” Silva said, smiling next to her new husband at the ceremony in a suburb of Mexico City.

For Jonathan Garcia, a mass wedding is almost a family custom.

“Two of my sisters in my family have already been married this way and we saw they were happy so we said ‘let’s continue the tradition,'” the 40-year-old said.

What the mass wedding lacks in intimacy it makes up for with perks such as free marriage certificates, said Maria Darinka Rendon, a council official in Ciudad Nezahualcoyotl.

“Gathering 661 families in one place was quite a challenge,” she admitted.

But it is worth it for what is “a very emotional event, for the spouses, for the families and for us who are going to witness it,” she added.

In this article:Lifestyle, Marriage, Mexico