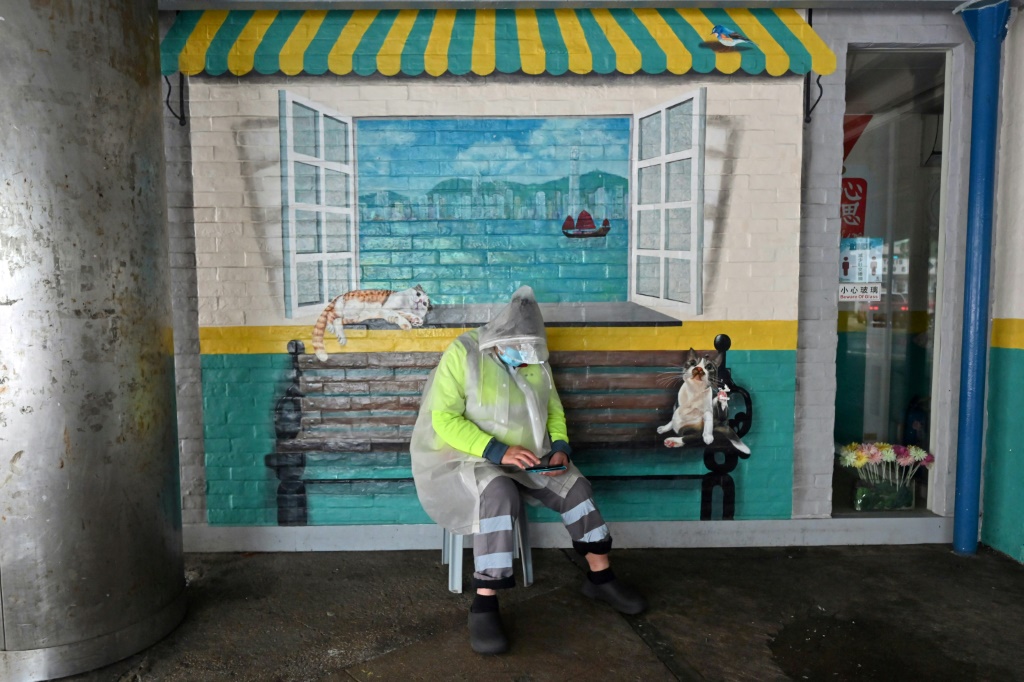 The densely populated metropolis is currently in the throes of its worst-ever coronavirus outbreak, registering thousands of confirmed cases every day as hospitals and isolation units run out of space.

Starting Thursday, all residents aged 12 and above entering restaurants and clubhouses will be required to provide proof of having at least one Covid vaccine shot or a doctor’s exemption.

“Everyone should carry along their vaccine record or exemptions like their ID cards,” said Kevin Choi, deputy secretary of food and health, at a press conference on Monday.

Other public spaces — including wet markets, supermarkets, hospitals and government premises — will not require a show of proof, but will be subjected to spot checks by authorities and fines.

Later phases of the scheme will include requiring eligible residents to have received three vaccine shots, they added.

City leader Carrie Lam had said last month she hopes the scheme could push the vaccine-hesitant to get the jab.

“If you choose not to get vaccinated… you must bear some of the consequences,” she said.

But few preparations were made for a mass outbreak and health policy experts say more efforts should have been spent boosting its meagre vaccination rate — particularly among the elderly, whose numbers remain below 50 percent for two jabs.

Authorities do not allow those with Covid to isolate at home and are now scrambling to build new isolation facilities with the help of mainland China and requisition hotel rooms.

But it is not clear if enough rooms can be provided.

Cases are expected to rise to “literally hundreds of thousands” in the coming weeks, said Karen Grepin of the University of Hong Kong’s School of Public Health.

“All of the data seems to suggest that we are very much at an early stage in this wave,” she told the city’s public broadcaster RTHK Monday.

The city is currently preparing to test all of its residents for Covid — with support from the mainland — a move that came after Chinese President Xi Jinping called for “all necessary measures” to control the virus.

Hong Kong has remained cut off from the world for much of the last two years and is also undergoing a political crackdown.

With little sign of that changing, departures have soared.

Charities on Friday also raised the alarm on the treatment of foreign domestic workers, who they say have been sacked after testing positive for Covid and forced to sleep outdoors.