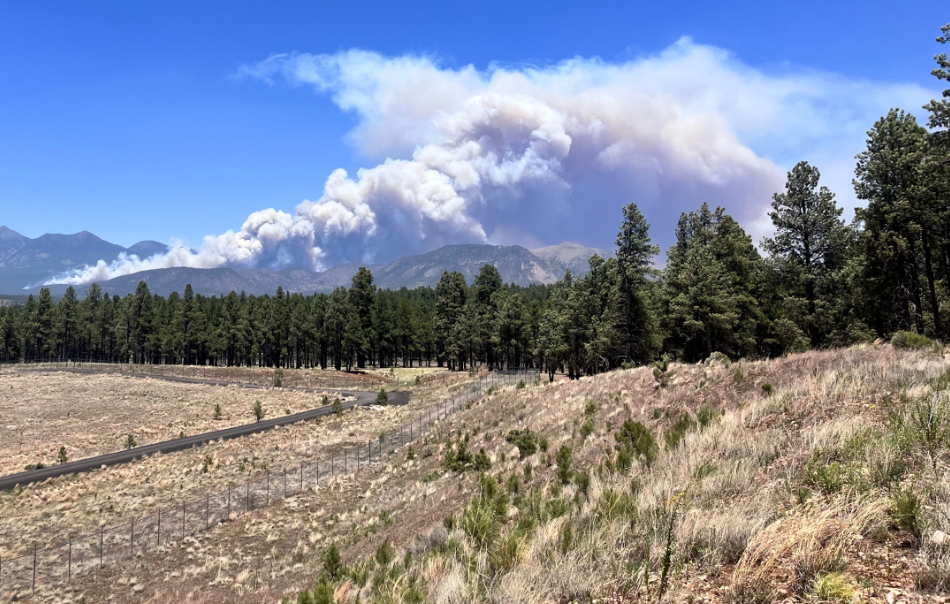 A wildfire burning just six miles north of Flagstaff, Arizona, has prompted evacuations for hundreds of people, and thousands more have been told by authorities to prepare for future evacuations, authorities said Sunday night.

Coconino National Forest officials said the Pipeline Fire was reported at 10:15 a.m. by a fire lookout and had burned approximately 4,000-5,000 acres by late Sunday, pushing about 15 miles (24 kilometers).

According to InciWeb, a US clearinghouse for wildfire information, critical fire, and warm and windy conditions are pushing the wildfire toward the east and Schultz Pass toward Doney Park.

In connection with the fire, Forest Service law enforcement, in a news release said they have arrested and charged a 57-year-old man with natural resource violations. The cause of the wildfire wasn’t immediately known.

Less than two months ago, hundreds of households in Flagstaff were forced to evacuate due to the Tunnel Fire, which burned about 14 miles northeast of the city. The fire, which began on April 17, ultimately burned about 19,000 acres, according to InciWeb.

A shelter for displaced families has been set up by the American Red Cross at Flagstaff’s Sinagua Middle School, which also hosted the evacuation site for the Tunnel Fire.