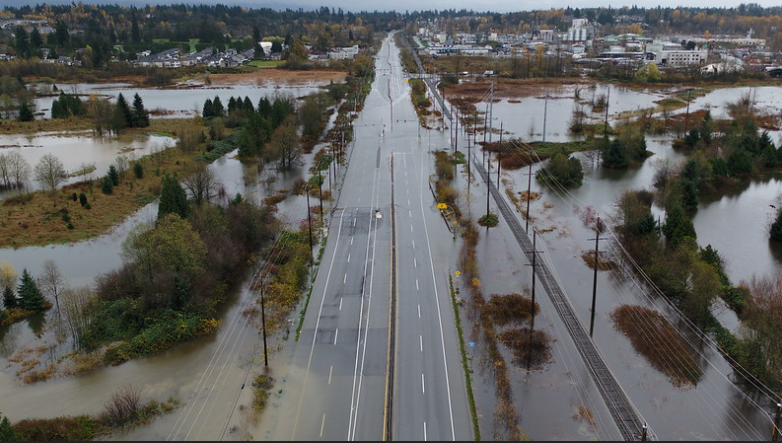 The potential for flooding in the Northwest has prompted evacuation advisories and mandatory evacuation orders for some residents in Washington state and in British Columbia.

This weekend’s atmospheric river event is the second in a series of three storms, the first brought rain to the Pacific Northwest on Thanksgiving Day and the third is forecast to impact the region by Tuesday.

The heaviest rain is forecast to fall on the Olympic Peninsula and southern Vancouver Island, along with the northern Cascades into Canada. By Monday morning, there can be 4 inches to 6 inches of rain total in these areas.

Due to the impact of the atmospheric river this weekend, there is an increased risk of flooding to northwest Washington, and officials warned that residents in Skagit and Whatcom counties — already battered by flooding earlier this month — should again be prepared.

In Whatcom County, residents in Sumas and Everson have been advised to voluntarily evacuate from their homes.

Most of the expected flooding will be moderate, although heavier flooding is possible for the Skagit River, said National Weather Service meteorologist Steve Reedy, reports the Seattle Times.

A flood watch is in place through Monday morning for Whatcom, Skagit, Snohomish, and King counties, as well as the Olympic Peninsula. To the east, Chelan and Okanogan counties will be under a flood watch from Saturday night through Monday.

“We are looking for a fair amount of rivers to go into flood stage over the next 48 hours,” Reedy said Saturday afternoon.

An evacuation order has been issued for the Huntingdon Village area of Abbotsford, as rain continues to fall on already sodden southern B.C., reports CTV News Canada. Residents in this area have been told they must evacuate immediately.

The atmospheric river that moved in Saturday prompted quite a number of flood watches as the steady, at times, rain pounded already saturated ground. Environment Canada doesn’t expect the rain to let up until this afternoon.

However, a third atmospheric river, possibly one of even greater intensity, is forecast to arrive on Tuesday, so it is vitally important that residents pay attention to evacuation orders.

Highway 1 through the Fraser Canyon, Highway 3 between Hope and Princeton, and Highway 99 between Pemberton and Lillooet were closed yesterday. The Transportation Ministry says their reopening will depend on weather conditions.