Coal workers’ pneumoconiosis (CWP), also known as black lung disease or black lung, is caused by long exposure to coal dust and is common among those who work with coal. Inhaled coal dust is a mineral, and progressively builds up in the lungs and cannot be removed by the body; leading to inflammation, fibrosis, and in worse cases, necrosis.

Prolonged exposure to large amounts of coal dust can result in more serious forms of the disease – simple coal workers’ pneumoconiosis and progressive massive fibrosis (PMF). Between 1970–1974, the prevalence of CWP among US coal miners who had worked over 25 years was 32 percent, while the same group saw a prevalence of just 9.0 percent in 2005–2006, according to the CDC.

The prevalence of PMF, the worst form of black lung disease, dropped significantly by the end of the 20th century, with just 31 cases of PMF being reported. This decline was attributed to a combination of better mining techniques and improved health and safety oversights.

All three clinics are operated by Stone Mountain Health Services. They assess and treat coal miners mainly from Southwest Virginia, Kentucky, and West Virginia. This is a region that historically has had some of the most productive coal fields in the country.

“When I first implemented this clinic back in 1990, you would see … five to seven … PMF cases” a year, says Ron Carson, who directs Stone Mountain’s black lung program. 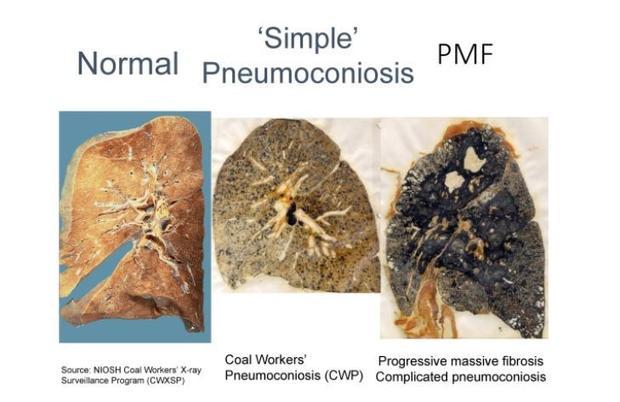 A slide from a presentation by the National Institute for Occupational Safety and Health shows the progression from a healthy lung to advanced black lung disease.
NIOSH

Now, Carson says the clinics are seeing 5 to 7 cases every two weeks, and since the study was concluded 14 months ago, they have diagnosed an additional 154 cases of PMF. “That’s an indication that it’s not slowing down,” Carson says. “We are seeing something that we haven’t seen before.”

“This is the largest cluster of progressive massive fibrosis ever reported in the scientific literature,” says Scott Laney, a NIOSH epidemiologist involved in the study. “We’ve gone from having nearly eradicated PMF in the mid-1990s to the highest concentration of cases that anyone has ever seen,” he said.

The Smithsonian Magazine points out that this study sheds light on just one window of the PMF problem. In 2016, National Public Radio did their own survey of 11 black lung clinics in Virginia, West Virginia, Pennsylvania and Ohio and found 962 cases.
Since then, the continuing investigation has uncovered 1,000 more cases of PMF.

The whole issue is perplexing, according to the authors of the study because new regulations were put in place in 2016 meant to protect coal miners from the dangerous coal dust. So while the problem is not new, figuring out why the sudden increase in PMF is happening and what to do about it is the big issue now. 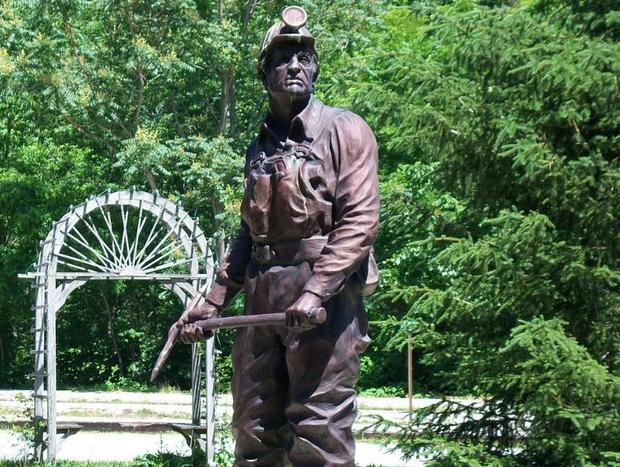 And while coal mining is a dirty occupation that does have serious health risks, The Trump administration is adding to the problem by actively attempting to push deregulation of the very protections coal workers need. Citing budgetary cuts, in 2017, the Department of the Interior (DOI) canceled a study investigating the health effects of surface coal mining, better known as strip mining in the Appalachian region.

“It would be outrageous for any undercutting of those regulations that put miners [back] in harm’s way and subjects even more of them to this terrible disease,” says Joe Main, the former mine safety chief at the federal Mine Safety and Health Administration.

This whole issue is a tragedy and appears to be getting worse. “Mining disasters get monuments,” Carson says, his voice softening. “Black lung deaths get tombstones. And I’ve seen many a tombstone in [the last] 28 years from black lung. And I’m seeing more now. A lot more now.”