By the numbers, in just two days, the country has reported more than 220,000 positive coronavirus tests, bringing the past week’s total to more than 660,000 new cases of the virus, according to CNN.


The US reported 1,210 deaths Thursday, the third day in a row the nation lost more than 1,000 people, with three states, New Mexico, North Dakota, and Tennessee reporting record-high deaths.

Not a single region of the United States has been spared from the relentless onslaught of the coronavirus, according to the Washington Post. The 20 states reporting record single-day increases include New England, the Midwest, the Great Plains, and the Pacific Northwest.

One state, North Dakota, not only broke records for the number of new infections and fatalities in a single day – but hospitalizations, too. “Today, statistically, marks the worst day yet for North Dakota,” Gov. Doug Burgum (R) said at a Thursday news conference. He again called for “individual responsibility,” rather than calling for a statewide mask mandate. 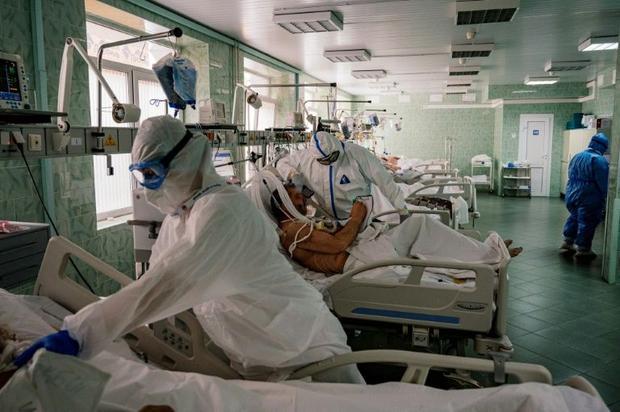 Health workers — from cleaning crews to doctors, in hospitals and nursing homes — have been hit hard by the pandemic
Dimitar DILKOFF, AFP/File
When coronavirus cases began to climb across the country back in mid-September, many governors decided against mandates, due to the political climate. As Michael Fraser, the chief executive of the Association of State and Territorial Health Officials told The Washington Post, “You had state leaders looking at the election and deciding it was not worth taking bold, unpopular moves against the virus that might save lives but hurt your side politically.”

He added that now, “There’s been this sense of people giving up. There have been state health officials debating whether to continue telling people to do things because they know many are not going to listen.”

The nation has seen what happens when the public ignores the need for mandatory facemasks, social distancing, and testing. The governors of many states start their mornings with what has become a familiar routine: pleading in front of news cameras for Americans to do their part to stop the spread of the virus, reports the New York Times.