The H7N9 virus first appeared in China in 2013, but it wasn’t until this past winter the human cases of the bird flu began to spike. claiming at least 268 lives since October 2016, with most of the cases occurring in the first few months of 2017.

According to Reuters, the vaccination program will begin in Guangdong and Guangxi in southern China in the early part of July, said a notice from the agriculture ministry posted on the official WeChat account of the Chinese Veterinary Medical Association this week.

The vaccination program is targeting all poultry species, including broiler chickens, ducks, geese, and egg-laying hens. Strangely, poultry producers in other provinces will be allowed to opt for vaccination but only if approved by the local veterinary authority. But an emergency vaccination of flocks will be used in case of an outbreak. 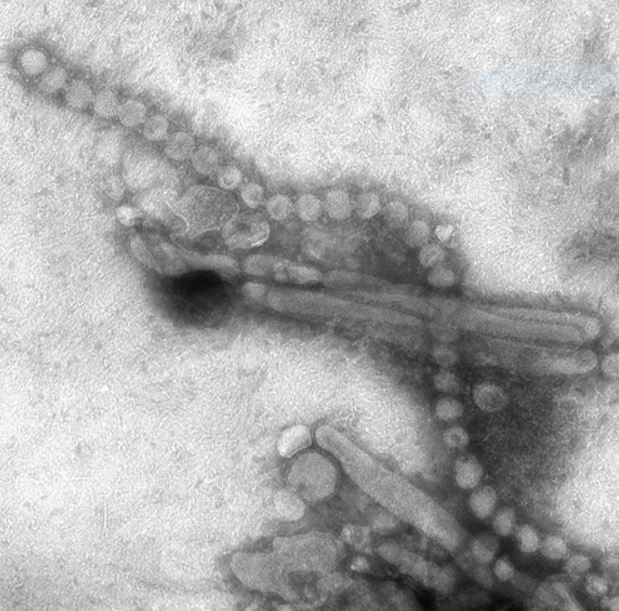 Influenza A H7N9 as viewed through an electron microscope. Both filaments and spheres are observed in this photo
CDC
“In the near-term, it’s a good thing, it’s definitely a control measure,” said Li Jinghui, managing director of the China Poultry Association.

Initially, while the virus had little impact on the health of humans, it did force the closure of live poultry markets, hitting the demand for eggs and yellow-feathered chickens, a favorite of the Chinese. However, the virus began to evolve into a more serious form, killing egg-laying hens and leading authorities to cull many flocks.

All this led up to farmers demanding vaccination of their flocks, while poultry farms affiliated with slaughterhouses were against the whole idea. And as Li says, “In the long run, vaccination does not help the eradication of the disease.” This is because while a vaccine can reduce clinical disease, it does not eradicate the disease and actually can mask its prevalence say the experts.

A CDC Scientist.
CDC
H7N9 could reach pandemic proportions
A new study may have had something to do with the start of the vaccination program six months ahead of the usual rise in bird flu cases. A new study published in Lancet Infectious Diseases this month warns that mutations in the bird flu H7N9 virus could lead to a “pandemic” that could cause sickness and death around the world.

The study, led by Yu Hongjie and fellow researchers at Fudan University’s Public Health Institute in Shanghai, attempted to describe the epidemiological traits of the virus and to estimate the risks to a human population. Two samples of the virus collected from human cases in February 2017 were confirmed to have the mutation that made the virus capable of causing sickness and death in poultry as well as humans.

Particularly notable is the fact that the number of cases of human infection with the H7N9 virus in China has doubled over previous outbreaks, and this is concerning because the virus is evolving and could very well mutate, allowing the virus to jump between people, and this could lead to a global spread of the disease. 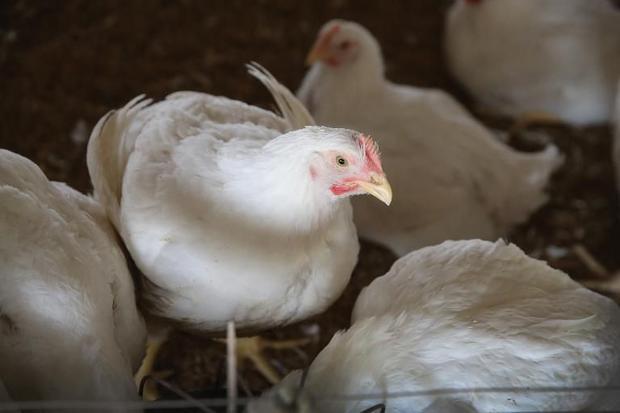 Avian influenza is very dangerous to birds and can contaminate humans
Scott Olson, Getty Images/AFP/File
About 70 percent of the cases of human H7N9 infection reported having come into contact with poultry before they became ill. More than 40 percent of those who were hospitalized for the bird flu died.

Readers may remember that in March this year, the World Health Organization (WHO) warned that while the risks of a sustained human-to-human spread of H7N9 bird flu in China is low, the recent surge in the number of cases is alarming and requires constant monitoring.

In about 7.0 percent of the latest cases in China, scientists identified genetic changes suggesting the viruses are resistant to Tamiflu, the recommended treatment for disease and the drug being stockpiled around the world in preparation for a flu pandemic. So this means that countries should remain vigilant in monitoring for the H7N9 and other bird flu viruses.