On her favorite sports moments, she responded, “The Amazing Mets. I was 12 years old when the Mets won the World Series, and I grew up a few train stops away from Shea Stadium, so I was a big, big Tom Seaver fan. I so well remember being in class at P.S. 98 when our principal rolled a TV into our classroom so we could watch one of the games. Best school day of my life.”

“The other best sports memory for me was watching Billie Jean King beat Bobby Riggs in the Battle of The Sexes on ABC in 1973. I sat cross-legged in my living room and cheered like hell for my hero to prevail. She did, in straight sets, and it is still one of the greatest extravaganzas I can ever remember viewing,” she said.

She opened up about her partnership with Royal Canin. “I’ve partnered with Royal Canin for the Puppy Pre-Show for the last two years, but I’ve had dogs all my life. From poodles to doodles, and rescues to Westies, every dog I’ve had has been fed some variety of Royal Canin diet, whether it’s puppy food, a weight management diet, or adult food,” she said.

“We received so many great submissions and it will be hard to choose just one adorable puppy. You can catch the winner and tune in to the Royal Canin Puppy Pre-Show on Royal Canin’s Facebook channel on January 12, 2021,” Carillo added.

She continued, “Due to the strict pandemic protocols, I was the off-site host this year, unlike last year, when I got to see every dog in person. But although there were no fans allowed, four thousand of the best dogs in the country were in Orlando, and I got to meet a small group of them. They were magnificent. The dogs you will see on January 17 will dazzle you.”

On being a sportscaster in the digital age, she said, “It has been remarkable. In the first few months of the pandemic, a lot of sports events were canceled or postponed, but the networks I work for made a lot of adjustments, and I figured out quickly how to properly light my office for Zoom work.”

“I was especially impressed during 2020’s NBC coverage of the French Open tennis championships last fall when Dan Hicks and I were calling the action from one of the studios in Stamford, Connecticut and John McEnroe joined the call from his home in Malibu. It all worked without a hitch. At the end of the first show our producer walked into the studio and said, ‘That worked well, didn’t it?’ and I said back to him, ‘We’re never going to Paris again, are we?’ I hope that’s not true… but this age of technology has made it possible,” she elaborated.

For young and aspiring sportscasters and reporters, she encouraged them to “find their voice.” “Define what makes you a separate storyteller from everyone else, then tell your stories. If the story you can tell is different and interesting, you can find a home for it,” she said.

On the title of the current chapter of her life, she said, “Happiest Grandmother Of All Time.” “During the pandemic, I became the absurdly proud grandparent to Reya Shelar, the world’s finest baby. She is by far the best thing to come out of 2020,” she said.

Regarding her definition of the word success, she said, “These days I feel successful when I know I’ve figured out some real balance in my life. If I’m working, I’ll give you everything I’ve got. When I’m home I’ll give you everything I’ve got there, too. Staying present. Recognizing I’m lucky, and healthy, and living good days. Playing with my three dopey dogs. Sleeping hard at night. Waking up with hope. A whole bunch of little things.”

To learn more about Royal Canin, check out its official website. 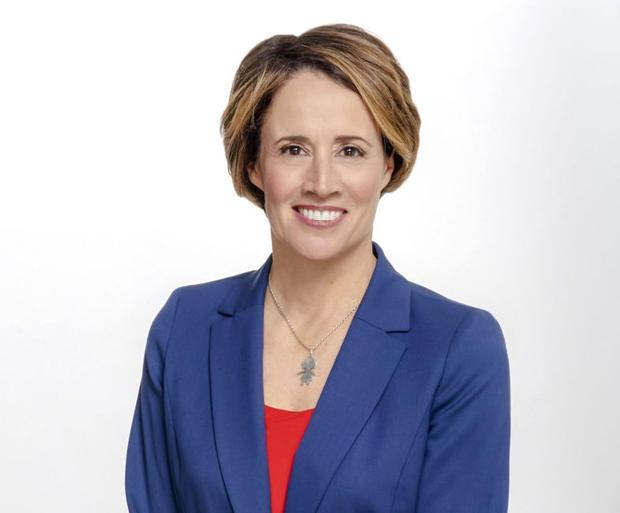