“I was born in 1938,” he said. “I was 11 months old when our home was swept that my parents had built. We were homeless in a small village with nowhere to go. We were lucky that my father’s uncle immigrated the whole family to America, and the house was vacant and we moved there. In 1941, my father was drafted in the army during World War II.”

“When my father came back from the army, he had an aunt and an uncle that didn’t have any children and they told him to come and live with them, and they gave us their home. We stayed there for many years and in 1954, we sold the house and everything we had to come to America. My father’s brother had provided everything for us here, a well-furnished apartment that was paid for one year. It was a big help to us. I can’t forget that.”

Korines noted that as a young father, he was very much impressed with this country and its people. “Everybody was really nice in this country,” he said. “They went out of their way to help us when we didn’t know where to go. I started working at a fast-food place, a bar, and a bowling alley called Moby Dick. I worked there for 50 cents an hour, seven days a week. I was asking my boss for more hours, but he didn’t have any more hours.”

“My father was working as a dishwasher bring home 48 dollars a week,” he said. “We were a family of six, so that was not enough. I gave my father all my money for three years. After I saved my money after that, I bought my own car for $1000 and that was a 1956 Ford, I was 19 years old at the time.”

Following that, Korines went to work at a diner as a counter boy. “Slowly, I learned to become a short-order cook,” he said. “In 1964, my two brother-in-laws and I decided to open up our own diner. We each had $8,000 at the time, and we put in $24,000 and we opened up our first diner in East Rockaway, we called it the Golden Coach Diner.”

“As young guys, we didn’t know much about the business, but we were hard-workers, and we survived. We raised three families and we did okay,” he said. “After a few years, we started expanding, and we opened up the Golden Coach Diner in Huntington in 1980, when I was 42 years old.” 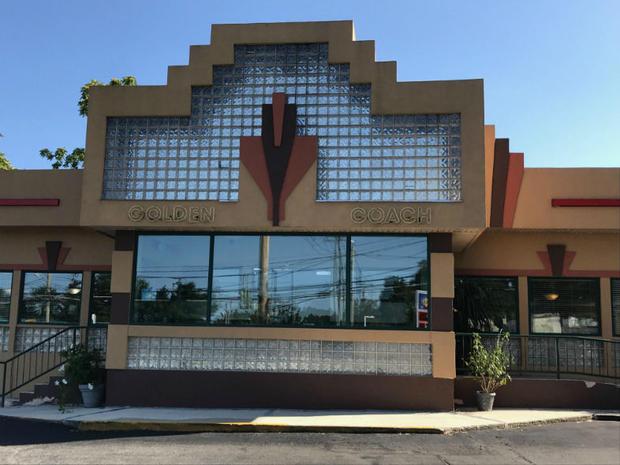