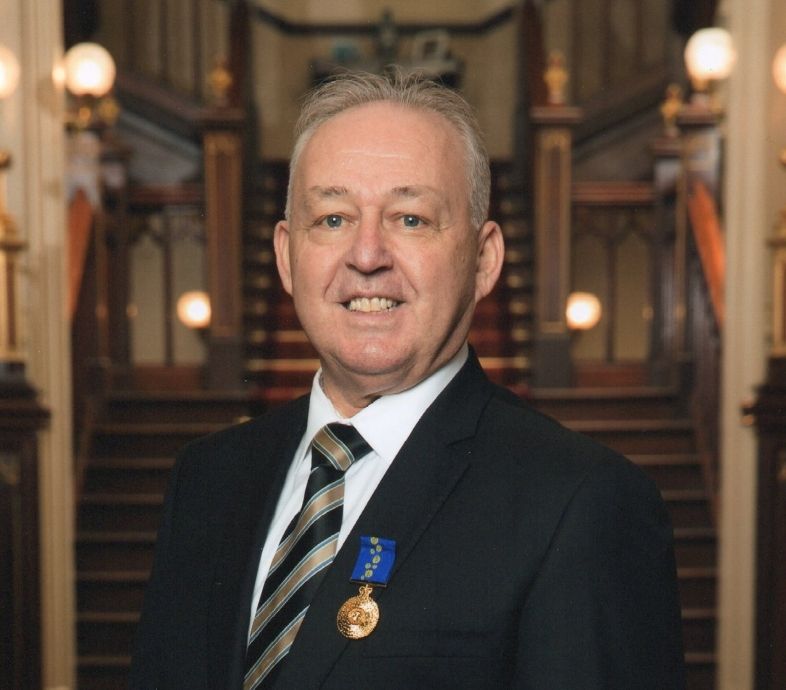 Bozikas lives in Sydney, Australia, and has been the CEO of a nonprofit disability organization for over 20 years. Arthur and his wife recently celebrated their 35th wedding anniversary along with their two adult children.

Arthur first went to university in his early forties and graduated with a Bachelor of Adult Education and a Master’s Degree in Management. It was during this period, The Book Glasses was first created out of a combination of other short stories Arthur wrote while developing his creative writing skills during the long breaks in between classes.

After his day job as the CEO, Arthur was lecturing many business management courses part-time for seven years at the same university he graduated from. Additionally, he also was teaching many business management subjects as a casual teacher at several TAFE colleges for eight years, finally concluded all his teaching commitments to focus more on his passion for writing fiction novels.

Arthur received a Medal of the Order of Australia (OAM) on the Queen’s honour list on June 13, 2016, for his services to people with a disability through a range of organizations that was awarded by His Excellency General, The Honourable David Hurley AC DSC (Retd).

His life story was supposed to be short. At the age of 12, he was given an expiry date. But life doesn’t always turn out as we expect. Now sixty, he’s had forty unexpected years of life since that use by date expired.

“Thals” Arthur’s age and older did not live past early adulthood because treatment wasn’t available then. The regular blood transfusions that kept them alive ironically also caused iron overload, resulting in heart or organ failure. He was told he would be lucky to survive he’s late teens or early twenties. Although treatment finally became available to him after reaching his expiry date of twenty-one, he was told it will only prolong the inevitable by only a few years.

Blood donors don’t often get the chance to read about the life-saving consequences of their incredible generosity. Therefore, The Book Glasses also celebrates their wonderful gift of giving blood which will hopefully inspire others to do the same and give people like Arthur a chance to continue to live and do something with their life while waiting to die.

“I would like to dedicate this novel to all the past, present, and future blood donors for their precious generosity,” he said. “I like to consider myself an action writer, but their action has and will always continue to save lives all around the world. I consider them all to be the true action heroes,” he exclaimed.

Samantha Page, the protagonist in this story, is faced with a very difficult decision, what was the inspiration behind the plot theme?

Stephen King always has been my inspiration. It wasn’t until I took a creative writing course, while at university, the story was first developed of having also the dead coming after Sam for the glasses. It took me a further ten years before taking my professor’s advice of putting the idea down into a book.

It is said that a good story is all about the setting, the descriptiveness, and the raw energy that captivates, your book includes all of them and as such, what are one of the key strategies that you use during the books initial conception?

I finished reading The Book Thief by Markus Zusak and Limitless by Glynn Alan at the time and was desperate to read more of the same. It was then, I decided to look no further because I thought it will be fun combining these two wonderful books as a strategy to be unique but more of the same.

I know this is probably a hard question to answer, but what is your favorite scene in ‘The Book Glasses,’ and why?

Sam meeting Billy is my favorite. It happened so naturally, they didn’t have time to think about what was happening to their lonely lives.

Can you tell us how writing first became a part of your life, where did it all begin for you and your writing?

I have always been afraid of it and did my best to keep away from any form of writing all my life. It was joining a writing group in between my university classes in my early forties, that gave me the confidence to take a few creative writing courses to understand the process.

Do you have another project or book in the works that you can share with us?

Reading Ian Fleming’s Casino Royale from a very young child, I have always been intrigued by what would it take for a normal family man with extraordinary skills to become an Aussie James Bond. Black Ops: Zulu (Tom Stiles Thrillers Book 1), happens to be my debut novel that I have released at the same time as The Book Glasses. I’m now currently finishing off the sequel to The Book Glasses before commencing Black Ops: Zulu Book 2.

What is one of your favorite things to do for fun after you get done writing a book or novel?

Going out in my boat, I really look forward to taking my family out in it. It also helps me with my writer’s block and it is a reward I give myself once completing a section or the entire book.