Ash Basu, a 64-year-old resident of Toronto was in constant back pain from a serious fall he had taken and went to see his doctor for some relief. His doctor referred him to a cannabis specialist.

Basu had no experience with marijuana, legal or otherwise, but had heard reports of the pain-relieving properties of the herb. He was intrigued enough to go see the specialist. According to Basu, he asked the doctor many questions but was not really satisfied with the answers.

He was given a prescription to buy medical cannabis oil. “They didn’t seem to have too much information,” complains Basu, who was among several dozen seniors at a recent information session on medical marijuana in Toronto, reports CTV News Canada.

“The problem that I’m having is there is no data on what interactions there are between all the medications I take. I’m diabetic, I’ve got high blood pressure, I’m on three different allergy medications. It’s a lot of medications that I’m on.” It has been two months since Basu was given the authorization to buy cannabis oil – Yet he hasn’t used it. 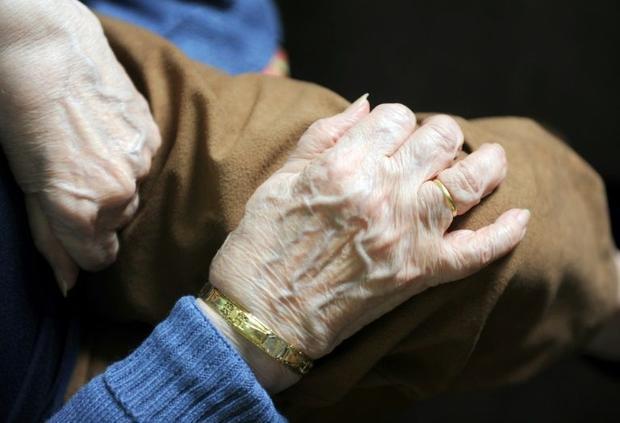 Many tech companies are producing inexpensive sensors that could wirelessly alert users if elderly relatives stay in bed all morning or suffer a fall
ERIC CABANIS, AFP/File

“I’m really, really scared … about trying this because I don’t want any reactions and I don’t want to fall. That’s my biggest worry,” says the Mississauga, Ont., resident.

Tracking and monitoring cannabis effects on elderly
Candace Chartier, CEO of the Ontario Long Term Care Association (OLTCA) says there is a lot of interest in using medicinal cannabis among the elderly, but there is some fear, too. It’s the unanswered questions that hold many older people back from trying medical pot.

This is why OLTCA has teamed up with Smiths Falls-based licensed cannabis producer Canopy Growth in embarking on a six-month pilot program to track and monitor the effects of medical cannabis use among 500 seniors in several OLTCA facilities.

The OLTCA pilot project started in October, and Chartier says staff and family members have already reported positive results. “It is making an impact, it’s less time required to care for the residents… The caregivers that are coming in are seeing a difference in the level of pain,” she says.

“We know it’s working small-scale and that’s why we’re excited to do this more large-scale.” OLTCA is using the project to develop screening tools for nurses, pharmacists, doctors, and caregivers in conjunction with Canopy Growth. The guidelines being developed could shape care at facilities province-wide: “It will become a clinical support tool so that every home in the province will be able to benefit from it,” she says

Tilray begins 6-month cannabis study on elderly
Meanwhile, B.C.-based cannabis company Tilray is launching a similar study on Monday, December 3 that will examine the effects of medical marijuana on sleep, the perception of pain, and quality of life in patients over 50 years old.

Philippe Lucas, Tilray’s vice-president of global patient research and access, said the project will begin in Sarnia, Ontario and eventually expand to more clinics in British Columbia and New Brunswick in 2019.

Lucas says they expect to sign up 600 to 1,000 patients, bemoaning the fact that there’s very little information on how older people are using cannabis and the outcomes. “There has not been any longitudinal tracking, prospective studies, that are tracking the impact of medical cannabis over time,” Lucas says. 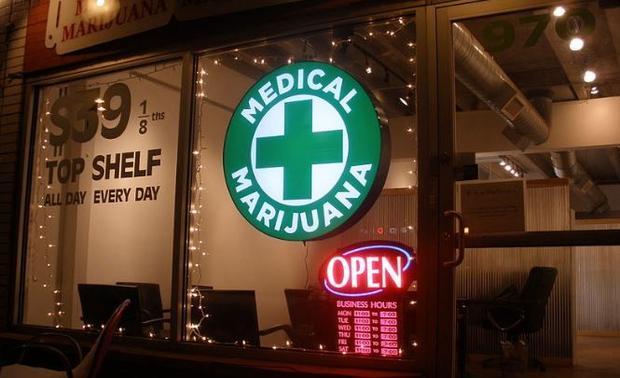 The Tilray study is being led by Sarnia-based cannabis specialist Dr. Blake Pearson, who specializes in cannabinoid therapy for seniors, including those living in long-term care facilities. Dr. Pearson notes that cannabis is not for everyone, however, 60 to 70 percent of those who try it experience some positive effects, reports The Guardian.

“Oftentimes, I’m able to treat a geriatric patient with cannabis oil and reduce potentially two to three of their other medications as a result, because it’s multimodal,” Pearson says. “So we can treat pain, anxiety, sleep with one thing, as opposed to three or four different medications.”

Reducing medications through the use of cannabis oil not only gives the patient a better quality of life but a better “quality of workplace for the staff” at long-term care facilities, says Chartier. “That could potentially reduce the medication administration time and could almost cut it in half,” she notes.

Canopy’s chief medical officer Dr. Mark Ware notes much of cannabis research has been focused on childhood epilepsy and middle-aged patients with chronic pain. “The elderly have not received a lot of attention and there’s a good reason to think they may handle cannabinoids differently than would a younger person,” says the Montreal-based pain specialist,

Speaking of the elderly, Dr. Ware says, “They may require smaller doses, they may metabolize drugs more slowly.” Ware also points out that long-term facilities are a good place to start in doing this kind of research because “they have very robust tracking systems for medication use — for neurocognitive symptoms, for sleep and pain scores. So they’re actually very accustomed to tracking the health of their residents.”