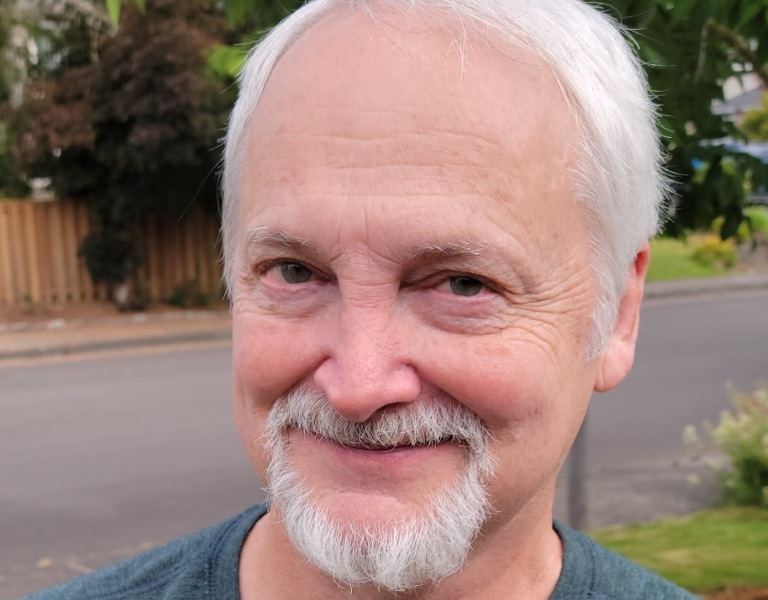 Background on the book

A string of horrific murders along the California coast brings reporter Deanne Mulhenney and Medical Examiner Sara Poole together again. Bodies sans head, feet and hands, are being dumped in the desert and along the beaches of Southern California.

Politics, a young but quickly-maturing drug trade, and an internal struggle for power in the mob have combined to unleash an assassin like no other.

The evidence suggests the killer is a female, a woman with terrifying skills…and tastes. Fresh from the bittersweet resolution of The Lily Murders, a case they privately refer to as True Creature, Mulhenney & Poole find themselves at odds with the authorities once more as they risk their lives to find the truth.

A kid who spent many hours drawing, singing, telling scary stories and wandering through ghost towns in Arizona, Steve Zell has walked a twisted path. After three years studying Veterinary Medicine at the University of Arizona, he became their first Interdisciplinary Studies graduate, won two vocal scholarships, packed his days studying Organic Chemistry, Journalism, Vocal Production, Drama and Studio Art, was the Editorial Cartoonist for The Tombstone Epitaph and an actor with Tucson’s Invisible Theatre Company.

A year spent rooming with a Forensic Pathology Major who spent his off-campus time working in a morgue provided yet one more interest – one that eventually led to Forensic Pathology classes at the LA County Crime Lab – and the character of enigmatic Medical Examiner, Sara Poole.

His move to LA also led to careers as a session vocalist (most notably for the hit series, Baywatch, belting out rock ballads in the middle of any show where a lifeguard died…or had a really bad day) and as both an animator and digital animation tools instructor for the film studios in LA and Burbank.

He was instrumental in creating the partnership between Dreamworks SKG & Intel Corp, as well as the Intel Audio Alliance which included Graham Nash, Rory Kaplan, George Massenburg, Michael Boddicker, Billy Bob Thornton, and other audio and film greats.

And…above all else – he loves to write mystery and suspense. MANTIS is Zell’s fifth novel and the second in his Mulhenney & Poole detective series.

‘MANTIS: Mulhenney & Poole’ has been super successful with readers, what was your inspiration for this epic read? Also, MANTIS is a very intriguing title. Is there a back story behind choosing this title that you can share with our readers?

I’d heard praying mantis were great for getting rid of garden pests and actually hung a mantis egg in my garden one year. Man, it worked great – they took out every critter in sight.

Little by little I noticed fewer and fewer of them – but the remaining ones were getting bigger and bigger. One day I reached for what I thought was a dead branch on a tomato plant – it turned out to be the last female mantis. She was huge! Scared the hell out of me. Only then did I come across a video of their bizarre, cannibalistic mating ritual…

That sparked both the title AND the story. I know it’s odd what will set me off – my first book, WiZrD, started with me sitting in traffic in LA right next to a building that was being gutted and reborn as something new. That got me wondering what would happen if an entire town, or an entire area just kept doing that in an endless cycle of rebirth. There was a big painting of a Wizard on the side of that building… Stories can come from anywhere.

‘MANTIS: Mulhenney & Poole’ is the second book in your series, and writing a series comes along with its own sets of challenges. What was one of the challenges you faced, and conversely one of your successes?

Coming from a horror background, “not” killing off all of my characters was both a challenge and a revelation… I think I’ve been successful in creating people readers will want to root for – even when those characters stumble or clearly cross the line.

Investigative Reporter Deanne Mulhenney and Medical Examiner Sara Poole are very compelling characters, as is Alena, the killer. What is one of your keys to creating such interesting multidimensional characters?

Letting them breathe. I spent a lot of time doing improvisational acting with a group called The Invisible Theatre in Tucson. To do that you not only have to create a character and become that character – you have to be that character in uncomfortable, even ridiculous situations. Dealing with those situations helps develop quirks, and compromises – what I think of as the humanity beneath the facades we all create.

When you did the final walk-through for this book what was your favorite part and why?

Man. In general, I think the relationships, the back and forth “play” between incongruous partners – not just Deanne and Sara – but theirs with Cromwell; Sara’s with Ben; Alena and Chumo; even the deadly play between Alena and Tony “The Hammer.” I say play because there is a dark humor running beneath a lot of it.

One of my favorite scenes is between Deanne, Sara & Cromwell at the seafarers’ bar, Shanty’s. As they describe horrific murders – each of them realizes in turn just how ridiculous their current surroundings are. Conversely, the final scene between Alena and Chumo, which is not funny at all, is one of my favorites.

‘MANTIS: Mulhenney & Poole’ has been a hit with readers and reviewers. Is there another book in the works you can tell us about?

Yes – I don’t have a working title yet – but it is the next in the Mulhenney & Poole series and revisits events from Running Cold, the horror novel that introduced Deanne Mulhenney. The story takes place down the road from LA in a sleepy beach town just north of San Diego, where Deanne’s brother was murdered.

When you finish writing a new book what is your favorite drink to celebrate with?

Maker’s Mark Manhattan – without a doubt!

His bestselling book “MANTIS: Mulhenney & Poole” is available on Amazon.