This book is the second in the Fiona Figg mysteries series.

Oliver is an award-winning, bestselling author of three mystery series: The Jessica James Mysteries, the middle grade Kassy O’Roarke, Pet Detective Mysteries, and historical cozies The Fiona Fig Mysteries. She garnered her Bachelor’s degree from Gonzaga University in Washington and her Ph.D. from Northwestern University.

When she is not writing mysteries, she is a distinguished professor of philosophy at Vanderbilt University in Nashville. Her book, High Treason at the Grand Hotel: A Fiona Figg Mystery, is a perfect mix of romance, intrigue, suspense, and humor.

Oliver is the author of 13 scholarly books, 10 anthologies, and over 100 articles, which include work on campus rape, reproductive technologies, women and the media, film noir, and Alfred Hitchcock.

Particularly impressive about her work is that it has been translated into seven languages, and she has published an op-ed on loving our pets in The New York Times. She has been spotlighted in ABC television news, the Canadian Broadcasting Network, and various radio programs.

She resides in Nashville with her husband, Benigno Trigo, and her furry family, Mischief and Mayhem.

It’s so exciting. I can’t wait to see what readers think of Fiona’s latest adventures in Paris. I write three different mystery series, but I have to admit, Fiona Figg is the most fun to write. I love doing historical research. I learn a lot of interesting tidbits and sprinkle them throughout the novels. And, Fiona is one of my favorite characters to write. I also like the continuing characters. And the series gives me the opportunity to develop those characters, along with Fiona, and their relationships.

How has Fiona Figg, the protagonist in this series, grown in the second book?

Fiona has gone from being a file clerk in the War Office to becoming a professional spy. In High Treason, she’s still learning and gaining confidence. But she’s come a long way from Betrayal at Ravenswick, where her husband had just left her for another woman, and she didn’t know how she would survive without him. In the first book, she takes on the mission to forget about Andrew, her philandering husband.

In the second book, she jumps into the mission out of a sense of adventure and to prove herself. She’s very conscious of the restrictions on women’s movements and women’s roles in the early Twentieth Century. That’s why—against the orders of her boss—she resorts to male disguises. Even while she’s traveling through spaces off-limits to women, she is constantly trying to prove that a woman can do the job as good as a man.

Fiona’s proto-feminism motivates her sometimes reckless behavior, but it also gives rise to a lot of the humor in the novels. Fiona is a very funny character, whether she means to be or not.

While writing ‘High Treason at the Grand Hotel: A Fiona Figg Mystery’ what was the biggest challenge, and the biggest success?

The biggest challenge was also the biggest success—at least I hope so. Namely, developing Fiona as a character in relation to the two other major recurring characters, Clifford Douglas and Fredrick Fredricks. I had to show how the characters change and grow in relation to each other without changing them, or their relationships, so much that they’re no longer believable.

Also, getting the historical details right is always a challenge. Given that High Treason is based on real historical characters, it was even more challenging. I wanted to imagine the inner lives of these real-life characters while also writing a rip-roaring good adventure. So balancing truth and fiction—and using fiction to get at the truth—was sometimes tricky.

Did you write this book while the pandemic was going on? What was that like for you?

Yes. I started the book about the same time the pandemic hit early last spring in New York, where I have a lot of friends. Before coming to Nashville to take a job at Vanderbilt University, I lived and worked on Long Island.

Like a lot of you, I lived in a constant state of high anxiety and fear, which has abated somewhat but hasn’t gone away. I agonized for my friends in New York. And then the pandemic spread across the country. To say it was distracting is an understatement.

You’d think since I was working from home in my day job as a philosophy professor, I could get a lot of writing done. But the opposite was the case. Like so many others, I spent way too much time “doom-surfing.”

On the other hand, the pandemic inspired me to connect with old friends, some of whom I hadn’t talked to in months or years. The fear of death will do that.

Fiona will be heading into 1918—the year of the Spanish Flu pandemic—very soon. And the experience of the pandemic has given me a lot of feelings and thoughts about illness and death to draw on when Fiona faces the plague of her day.

I know you just released this book, but I still have to ask – what’s next for you?

Thanks for asking. I also just released the third book in my kids’ mystery series, The Pet Detective Mysteries. So that’s fun. And, right now, I’m finishing the very first rough draft of the sixth in my contemporary suspense series, The Jessica James Mysteries. It’s called Cottonmouth and it takes Jessica back West, this time to Wyoming. I’m having a lot of fun with a new character, a federal marshal named Lexington Colt, who is part Rylan Givens and part V. I Warshawski.

To learn more about Kelly Oliver and her book High Treason at the Grand Hotel: A Fiona Figg Mystery, check out her official website, as well as her Facebook page, and follow her on Twitter. 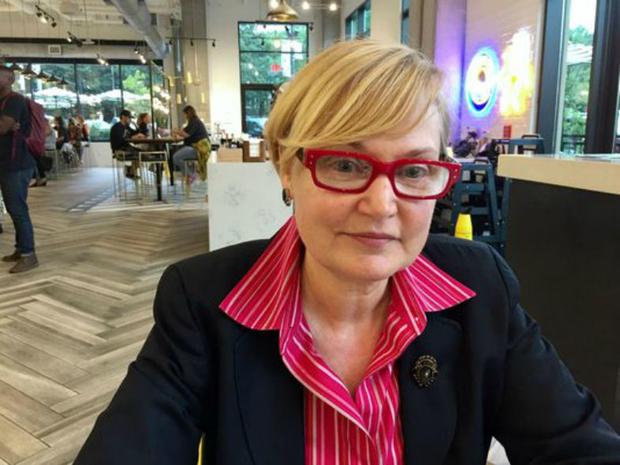