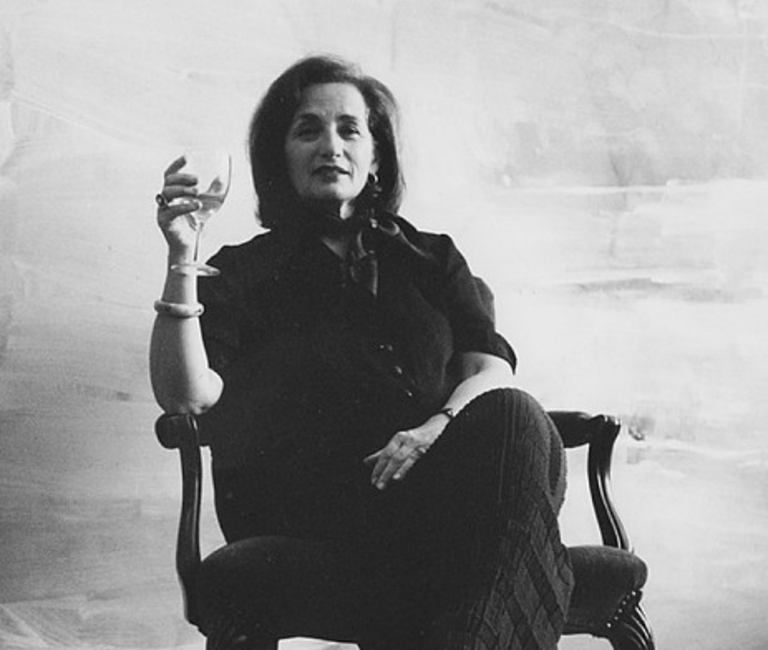 Her work has been published in The Atherton Review, Warren Adler’s Short Story collection, Indelible Ink and She Knows. She has been interviewed and featured in the Boston Globe, the Writing Cooperative, Bloom, and HocTok. Her article “7 Great Heist Novels recommended by an Art Dealer” was published in Crime Reads; moreover, she was interviewed by Zibby Owens on her award-winning podcast “Moms Don’t Have Time to Read Books.”

She is a long-term member of the New York Society Library fiction-writing group led by published author John Buchanan. She holds an M.B.A. degree from Simmons University. She has worked as an editor of art books in London and owned an art gallery in Boston. Her Etsy store features many of the artists she represented, as well as vintage posters she collected from all over the world.

She also spent two years in Paris, where she researched the life and times of George Sand and developed a series of Sand-Chopin salons with concert pianist Virginia Eskin. She recently moved to Chicago to be near her daughter, son-in-law and granddaughter.

Her debut novel “A Discerning Eye” takes off from the world’s largest unsolved theft at Boston’s Isabella Stewart Gardner Museum. The novel was published by Cavan Bridge Press back in October of 2020. An audiobook is narrated by actors Campbell Scott and Kathleen McElfresh.

‘A Discerning Eye’ is an epic read, and has been on the Bestseller list for weeks. Can you tell us what inspired you to write this rather amazing book?

I had an art gallery in Boston and was a frequent visitor to the Isabella Stewart Gardner Museum. I was angry that 13 precious works of art were stolen from my favorite place, especially Vermeer’s The Concert, one of only 35 remaining paintings by the talented Dutch Master.

I wondered why the thief chose Dutch paintings and not the even more valuable Italian paintings. I began imagining who would have had the nerve to steal these incredible works of art. It had to be someone who was sophisticated, clever and greedy.

A good story is all about the setting, the descriptiveness, and the raw energy that captivates, all coming together to have the reader turning the pages effortlessly. Your book includes all of them. What is one of the keys that you find is critical when getting into the writing zone.

I love creating characters from my imagination. Each character may have some distinctive features of someone I’ve known in the real world, but when they begin to take on a life of their own, the writing process becomes very exciting.

The characters actually speak to me. I also love to write about the setting. I want to bring readers into a place they can see, smell, hear noises in, etc. Creating this tactile world is lots of fun.

Portia Malatesta, your protagonist is a powerhouse. What was one of the keys to developing this compelling and unique character?

Thank you for this question. I have always been attracted to strong female characters in books and movies. When I lived in Paris from 1990-92 I researched the life and literature of the successful French novelist George Sand. She wrote100 books in her lifetime which is amazing.

Sand (born Aurore Dupin) needed to adopt a male pseudonym in order to get published in the nineteenth century, but she lived a daring and full life. She had two children and several accomplished lovers, including Frederic Chopin. She was actively engaged with the Romantic Movement in Paris.

Flaubert, Hugo, and Balzac were her peers and her friends. Portia Malatesta has inherited George Sand’s discipline and spunk as well as from her namesake, Portia in Shakespeare’s Merchant of Venice. I knew that Portia needed to be as strong a character in her own way as her idol Isabella Stewart Gardner.

‘A Discerning Eye’ is your first novel. What was one of the challenges you had while writing it? Also when it hit the bestseller list what was that like for you?

I thought the most difficult part of writing a debut novel was finding good critical feedback that I could trust. Every writer needs feedback, but what feedback should I listen to and how should I incorporate it into my writing so that my own voice is authentic and consistent. I learned that by reading my pages aloud I could hear what was working and not working.

Being on the bestseller list is so exciting and rewarding after all the hard work of writing and revising and then revising again and again.

I’ve heard you are working on a new novel, which is very exciting. Can you tell us a bit about it?

Portia Malatesta, art gallery owner, and Julian Henderson, the FBI’s Art Crime Team guru, leave their respective affiliations and form a PI team. They are hired by a family from Cambridge, Massachusetts to find their art patrimony which was stolen by the Nazis.

Portia and Julian travel to South Germany where they are helped by a few dedicated German people who go out of their way for “survivors”. They also encounter some unsavory characters who try to prevent them from succeeding in their venture.

“A Discerning Eye” by Carol Orange is a compelling book, and it is available on Amazon.