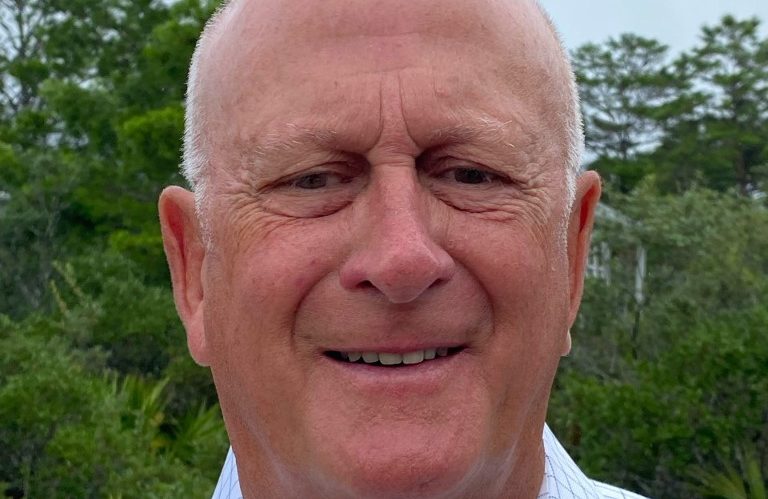 Bestselling author Bill Lindsay chatted about his book “Pop Smoke: The Story of One Marine Rifle Platoon in Vietnam; Who They Were, What They Did, What They Learned.” The proceeds of the book will benefit the Marine Corps Scholarship Foundation.

In this gritty memoir, Vietnam combat veteran Second Lieutenant Bill Lindsay presents an uncensored, straightforward, hard-hitting account of his experiences in the Marine Corps 3rd Battalion, 7th Marine Regiment during the Vietnam War, where he served as a Marine riﬂe platoon commander in 1970.

Lindsay walks the reader through the danger, the heat, the emotions, and the fear that American Marines felt as they navigated the perils of everyday life during this controversial war.

All of the men he served with were volunteers, nearly all inexperienced in combat, and many not even old enough to drink. His vivid memories of those difﬁcult, sometimes heroic times bring alive the gutsy experiences of a Marine riﬂe platoon commander and those of the men with whom he served.

The author’s real-life experiences dispel many myths and images of what these men were like, what they did, and how they behaved. This memoir gives readers the unvarnished truth about what it meant to be a Marine in Vietnam.

Bill (William N.) Lindsay was born and raised in Connecticut. The town where he grew up was a small, rural town typical of New England at the time. He graduated from Gettysburg College in 1969 and immediately entered the Marines as a second lieutenant. After completion of the USMC Basic School in Quantico, Virginia, the reconnaissance Replacement Training in San Diego, he was sent to Vietnam in January 1970.

After discharge from the Marines, Bill began a 44-year career in the insurance and employee benefits industry. Notable in his career was his sales results but also his experiences as a leader in insurance and health care reform at the state and federal level.

As a recognized expert in the fields of insurance and health care he has testified before Congress on multiple occasions and met with the staff of three presidents. Bill has served on and chaired several health systems boards and commissions in Colorado. He has four grown children, and seven grandchildren, and resides with his wife in northwest Florida. Bill is now retired.

Your book ‘Pop Smoke’ recently hit the bestseller list, which is very exciting and well deserved, what was that like for you on a personal and professional level?

Achieving “Best Seller” status was very fulfilling for two reasons: First, it meant that my goal of attempting to describe to readers what the young Marines went through during the Vietnam War resonated with people.

I wanted people to have a true sense of and appreciate what the men endured. Second, it was an indication that although I am not a literary person, the narrative was able to touch people.

What made you want to share this very compelling story with the world?

I wrote the book for three reasons. First, I wanted my children to appreciate what their Dad went through and how that impacted my behavior when they were young. Early on I was not the best Dad, and I wanted them to know how the Vietnam experience impacted my psyche at the time.

Second, I wanted to recognize the young men that I served with. I wanted to dispel the classic image of the Vietnam veteran as a dope head, a drunk, or someone who could not control their behavior. My men were exceptionally brave, professional, and willing to put themselves in harm’s way with no expected personal reward or benefit. They were all volunteers who fought to protect one another and serve their country.

Third, writing the book became part of my therapy. I suffer from Post Traumatic Stress even today. Putting my memories down on paper made it easier to deal with them.

‘Pop Smoke’ has been very popular with readers and reviewers. What is the most interesting or heartfelt feedback you have received from a fan? What are you hoping that the fans take away from your book?

I have had two very impactful sets of feedback from readers. Those who served in combat unanimously thanked me for my description of the experiences we all shared.

They commented that my narrative described the real experience, not what is often depicted in movies and books. Those distorted depictions hurt those of us who served. That is not who we were or are today. They want people to appreciate their sacrifice. At the time that we came home, our service was not appreciated.

The second type of feedback has come from wives, mothers, and siblings of those who fought. For them, it brought the experience closer and maybe better helped them understand what their loved ones went through.

Almost uniformly they stated “they had no idea” what that experience was like for their loved one. Maybe this is because none of us ever shared our feelings or described our experiences. Their comments to this effect were fulfilling for me.

Writing a book like ‘Pop Smoke’ is not for the faint of heart. Did you learn anything new about yourself during this process?

Yes, I relived my freshman college English class and was reminded that I am not a professional writer. The editing process was both time-consuming and painful. More importantly, I wrote this book with no notes, no maps, and no records to rely on. The memories are still so real today that I can even quote some of the map coordinates where things happened. That told me that I needed to use my writing experience to deal with those daemons.

Your book has been so successful, do you have another book in the works you can tell us about?

It was difficult to write “Pop Smoke.” In the end, I experienced writer’s fatigue and thus I left three or four more chapters unfinished. I also did not complete other chapters which might have added to a reader’s experience. Whether or when I might find the motivation to finish another book remains to be seen.

I am proud that my wife and I have agreed to donate the proceeds from the book to the Marine Corps Scholarship Foundation which provides scholarships for the children of Marines and Navy Corpsmen. That is a way for me to pay it forward.

What is your favorite drink to celebrate with when you finish a new book?

A double bourbon, neat, and one for my wife.