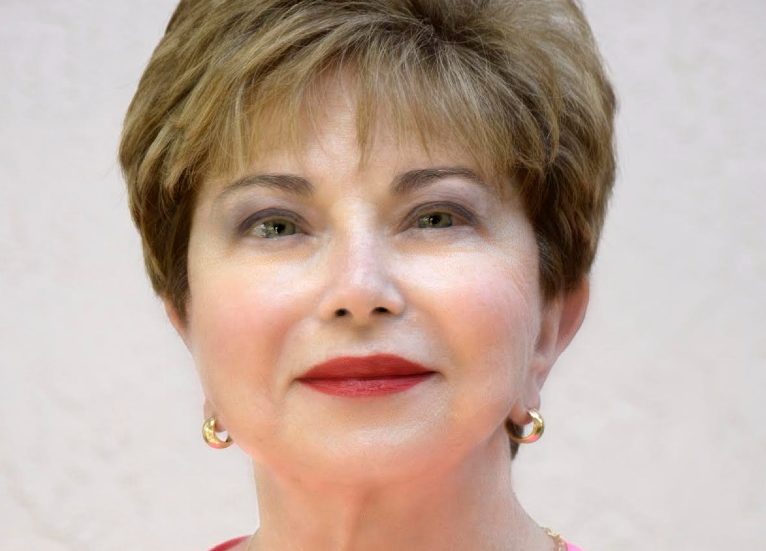 For centuries, war-writing has been the domain of men, but Barbara Mujica brings a different perspective. In Imagining Iraq, a collection of eighteen beautifully crafted, interwoven stories of danger, daring, and sacrifice, she focuses on how war affects not only combatants but also their loved ones.

Drawing from her own experience as a military mother and her work as a veterans advocate at Georgetown University, Mujica raises important questions about the consequences of war.

Barbara Mujica is a novelist, short story writer, and essayist. Her novel “Frida” (Overlook Press, 2001) was an international bestseller that appeared has appeared in eighteen languages and was a Book-of-the-Month alternate.

Her novel “Sister Teresa” (Overlook Press, 2007) was adapted for the stage by the Actors’ Studio in Los Angeles. Her novels “I Am Venus” (Overlook 2013) and “Miss del Río” (HarperCollins 2022) were both prize-winners in the Maryland Writers Association National Fiction Competition, and I Am Venus was a quarter-finalist in the 2020 ScreenCraft Cinematic Novel competition.

Mujica’s forthcoming novel, Miss del Río, will be published later this year by Graydon House/ HarperCollins. Mujica is the author of three collections of short stories: Sanchez across the Street, Far from My Mother’s Home, and Imagining Iraq. She has won several prizes for her stories, including the E. L. Doctorow International Fiction Competition, the Pangolin Prize, and the Theodore Christian Hoepfner Award for short fiction.

Her story “Jason’s Cap,” about a suicidal veteran, won first prize in the 2015 Maryland Writers’ Association national fiction competition. “Imagining Iraq” and “Ox” won prizes in previous years. Two of her stories were adapted for the stage by The Braid Theater in Los Angeles. “Imagining Iraq” was selected as “one of the favorites of 2021” by the Washington Independent Review of Books.

‘Imagining Iraq’ is a phenomenal read, which has been extremely popular with readers, can you tell us what or who inspired you to write this groundbreaking book?

During the four years my son was on active duty as a Marine platoon commander, I never slept. I lay awake at night imagining Iraq. Even after he returned, I continued to suffer from insomnia. When I finally regained my bearings, I realized how lucky I was. My son was home. Iraq was behind him.

I was profoundly grateful and felt that I needed to give back. When I realized that Georgetown University, where I had been a professor for decades, had no program to assist transitioning veterans, I began to visit university administrators to discuss the issue.

In the meantime, the campus veterans themselves were organizing. They formed the Georgetown University Student Veterans Association (GUSVA), and I became their faculty adviser. In that capacity, I met with scores of veterans.

My son hadn’t told me much about Iraq, but the Georgetown veterans were talkative, and I had spent too much time imagining Iraq not to take advantage of the opportunity to hear, from the perspective of soldiers who had been there, what it was like.

The veterans’ stories helped me to visualize places and people I had never seen and to grasp situations about which I had never even thought. I started writing down these stories, interweaving them with my own conceptualizations.

Strictly speaking, all the stories in the book are both true and untrue. They are all based on actual events, but they have been filtered through my own imagination. Nearly all appeared first in literary magazines, and several won prizes. Eventually, I compiled them into a book. The result is Imagining Iraq.

While writing ‘Imagining Iraq’ did you learn anything new about yourself that you can share with the readers?

First of all, I learned what extraordinary young men and women compose our military. I have always had wonderful students, but veterans are different from most of the young people whom I teach in that they are older, more mature, and mission-oriented.

They have traveled and become acquainted with different cultures. They are knowledgeable about world affairs. They are sophisticated. They have given me a new respect for our military and great hope for the future of our country.

I have always been a book mouse, not an activist. However, in my role as a veterans advocate, I was constantly lobbying the administration—for money for the GUSVA, for a better Yellow Ribbon (grants) program for veterans, for health benefits, for instructional programs, and most of all, for a veterans center that would provide academic, financial, health, and other services.

We now have such a center, and Georgetown is recognized as a leader in the area of veterans’ education. One day, my son said to me: “Hey, Mom, when did you become such a fighter?” I realized that the experience of advocating for a cause I passionately believed in brought out something in me that I didn’t know was there. All of this is what made “Imagining Iraq” possible.

You’re a bestselling author, and I am sure you have a lot of fans. What was the most interesting feedback or question you have received from a reader?

The answer, I guess, is that we write about what obsesses us, about what gnaws at our brains and keeps us up at night. While my son was in the military, Iraq was all I could think about, and after he came home, working with veterans became my passion.

When you did the final read-through for ‘Imagining Iraq’ what was your favorite part and why?

I love all the stories because each one reminds me of a particular conversation I had with a particular veteran. However, my favorite is the first one, “Imagining Iraq,” because it captures the ambivalence I felt about the war.

I’m also fond of “Ox,” although parts of it are very sad because it demonstrates the compassion many of our soldiers had for animals and the sensitivity of some of their commanders. The dog named Ox belonged to my son’s platoon.

‘Imagining Iraq’ has been such as success, do you have another book in the works you can tell us about?

The story, which begins during the Mexican Revolution, follows del Río through her years in Hollywood, where she faced racism, the transition from silent films to talkies, and the Great Depression—in spite of which, she was wildly successful. When xenophobia swept the country preceding World War II, she returned to her native country and became a central figure in Mexico’s Golden Age of Cinema.

When it’s time to launch a new book, what drink do you celebrate with?

Champagne! I prefer La Veuve Clicquot, but if I can’t get it, Spanish Cava is fine.

“Imagining Iraq” by Barbara Mujica is available on Amazon by clicking here.