The use of heroin and fentanyl spiked with etizolam, an analog of benzodiazepine is causing some unusual reactions in overdose victims. Etizolam is a drug regulated by Canada’s Controlled Drugs and Substances Act because of its potential for abuse.

The drug has been showing up in urine tests of drug-users who have experienced overdoses that leave them unconscious for hours after being treated with naloxone, confounding health workers and creating panic in Vancouver, reports CBC Canada.

Dr. Keith Ahamad, an addiction expert, says etizolam is similar to drugs prescribed in Canada for anxiety. He says he began getting panicked messages from colleagues several months ago over overdose victims who were not waking up after being treated with naloxone. 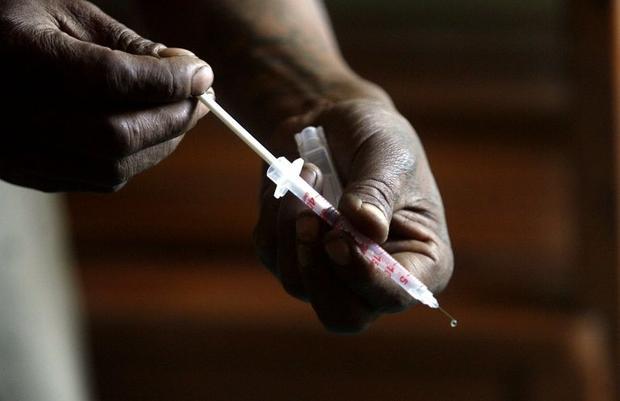 Deaths from drug overdose are on the rise in Europe
DESHAKALYAN CHOWDHURY, AFP/File
Sarah Blyth, the executive director of the Overdose Prevention Society, said they have had 25 to 30 such overdoses in the past two weeks, including five in one day.

“It’s a different kind of overdose,” she said. “It’s hard to tell if you’ve really gotten them out of their overdose [because they are still unresponsive], and it’s obviously scarier for the person dealing with the overdose.”

Mark Lysyshyn, a medical health officer with Vancouver Coastal Health (VCH), said a sample of “down,” the term used for opioids, was sent to Health Canada laboratories for analysis and it contained etizolam. Family physicians have also seen etizolam turning up in urine drug screens, and B.C.’s provincial toxicology lab has identified the drug in several overdose deaths, reports the Globe and Mail. 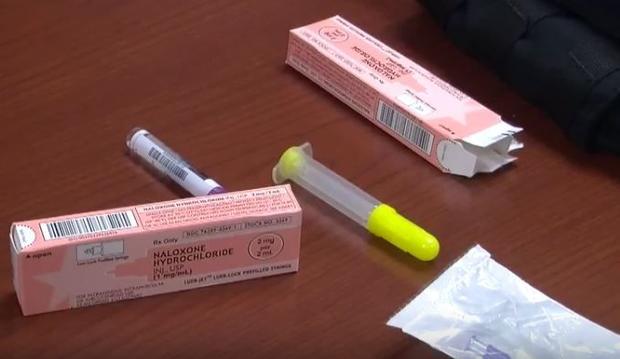 Naloxone, known as Narcan, is a nasal spray that can reverse an opioid or heroin overdose.
WEWS NewsChannel5
“Putting this all together, we do feel that this etizolam is potentially contaminating the drug supply, although we can’t be sure to what degree it is etizolam and not some other benzo because there have also been instances where true benzos have been added to drugs,” Lysyshyn said.

What is etizolam?
Etizolam (marketed under many brand names) is a thienodiazepine derivative – which is a benzodiazepine analog. The drug was patented in 1972 in the U.S. and approved for medical use in 1983.

In the United States, etizolam has not been approved for medical use and is sometimes classified as a “research chemical,” allowing etizolam to bypass the DEA, at least temporarily, and be sold in retail stores, as well as online. It is a very powerful drug, about 10 times more powerful than Valium. 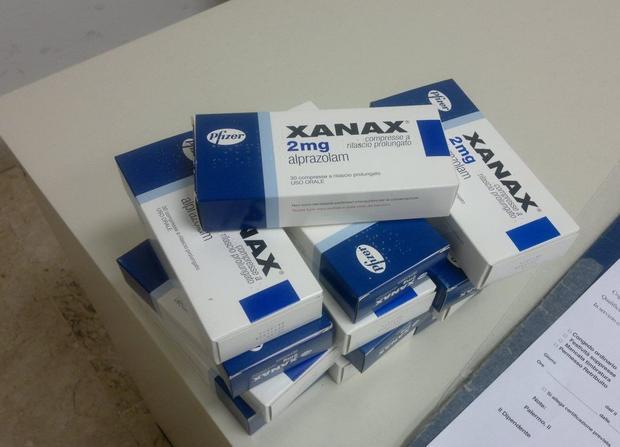 Several boxes of Xanax
Claudio Buttice
Since etizolam is reported to be stronger than FDA-approved benzodiazepines, it could be very easy for a person to build up a toxic level of this medication in their systems. This could not only lead to overdose but with time, their tolerance could build and eventually lead to death when mixed with opioids or heroin.

It may sound crazy, but Lorain police officers carry their gun, vest, radio, and recently being added to the illicit drug supply comes as carfentanil – a large-animal tranquilizer – is making a comeback. Carfentanil was found in 13 overdose cases in January alone. VCH issued four alerts mentioning carfentanil in March, including a sample that tested positive for fentanyl, carfentanil, and etizolam.

Dr. Ahamad called the local drug supply “totally insane,” and is calling for legalization and regulation. “Without regulating the drug market, this is just going to continue,” he said. “We are literally chasing our tails.”

Carfentanil, a fentanyl analog with a potency approximately 10,000 times that of morphine, has been linked to a significant number of overdose deaths nationwide.
Drug Abuse.Gov
Advertisement. Scroll to continue reading.
Some sobering statistics
Public Health Canada released its National Report: Apparent Opioid-related Deaths in Canada Published April 10, 2019. According to the report, 10,300 Canadians have lost their lives to opioid overdoses between January 2016 and September 2018.

In British Columbia, 1,155 people lost their lives to opioid overdoses in 2018. This was more than any other province. The sheer numbers of deaths have created a backlog in toxicology reports says Ahamad. “The morgues are full and they’ve had to rent cooling trucks to store bodies. These are all very young people,” he said.