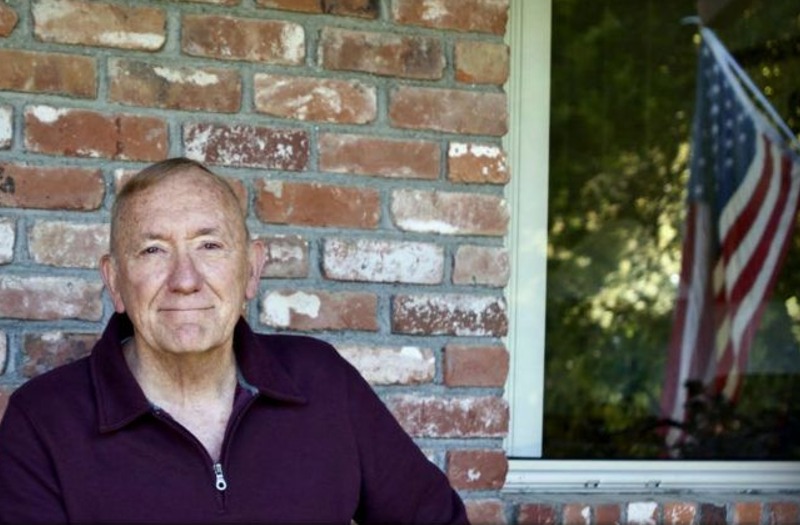 Mitchell is a national and regional award-winning author, giving us thrillers and intriguing fiction. He writes adventure stories informed by his real-life experiences in the military and engineering.

A foster child who pursued a career as an Airborne Infantry Ranger, then RAND Corporation Fellow, and aerospace systems engineer while fighting to protect water in California – his books are fueled by an inspiring life.

Now, his new best-seller “Centurion Witness” gives us a Christian historical fiction about the life of an Ancient Roman warrior caught in the political and religious discourse against Jesus of Galilee. Fans are excited to learn more about the author behind the tale.

Your book ‘Centurion Witness’ has been a huge hit with readers and I am sure they want to know more about you. Why do you write? Why specifically this historical fiction?

My mother fueled my drive to tell stories when she taught me to read while sitting at her side. She instilled in me the love of reading, of being transported into different lands with exotic people doing incredible deeds. Over the years, like many people, I came to appreciate the magic authors use to create stories that touch souls with characters that stay with people for decades. Reading was the footpath that led me to the point where I decided to attempt to create that same magic.

However, my birth mother was mentally ill, slipping in and out of mental hospitals most of my life. Plus, my grandmother warned me that my uncle had mental problems later in life. As I grew up, I wondered if an insanity gene had been passed on to me, simmering to emerge someday.

When I was 30, I concluded that sanity exists in a person when they are creative in positive ways — not in destructive ways. So, I started writing my first mystery/thriller that won an award for best new fiction. So, being a published author releasing story after story keeps entertaining others while reaffirming that I’m still okay.

Why specifically this historical fiction?

On our 31st wedding anniversary, my wife died in my arms. Her heart and circulation problems had finally defeated her. Later that night, I built a fire in the fireplace like I had done for her for years. As the firelight faded, I sat alone in the recliner where she often slept to stay warm. That was a bad night. In the blackness, I prayed to the Holy Mother and to God to help my wife into heaven. For that kindness, I promised a number of things.

One was to write a story about one of the messages that Jesus preached years ago that would appeal to both secular and faithful readers. That promise led me to structure Centurion Witness similar to the classic movie Ben Hur with lots of action and a surprise spiritual ending. But as an author, I knew my promise had consequences. For sure, I was opening myself up to a huge amount of criticism if I screwed up. Several times along this book journey my worries and loss of confidence made me hesitate. Then, to get moving I recalled a phrase from the Bible, “Be not afraid.”

Centurion Witness is historically based, and provides readers with an amazing story. Did research come before you put ink to paper, or did you research as you wrote the story?

Most of my research is prior to writing but as the book matures it can trigger more research. That combination has led to a high degree of realism in each of my books. Often readers have told me: “This could really happen.” “Your story scared the daylights out of me.” But, I think you are also asking why do the research and how do I effectively insert it into the book? To me, research is like selecting different colored threads to weave together into a beautiful and satisfying scarf.

Yes, I first pick the primary color of the scarf, like blue. But then I hunt for the gold, silver, and red threads to create a surprising and satisfying texture. Inserting requires selecting where to weave the researched information into the book, as well as writing that information so it enhances the scene or action without distracting the reader. Here are examples of research questions I asked while preparing to write about Joseph of Arimathea who comes on the scene in the Bible for a very short time. It is after Jesus was sent to be crucified and Joseph appears and asks the Roman Prefect (governor) of Judea to be allowed to bury Jesus. And the governor says yes.

So, I asked myself who is this Jewish man and how was he able to get an audience with the governor who had spent most of the day trying to prevent a city-wide riot triggered by the Chief Priest? Also, why would the governor trust Joseph who often worked with the Chief Priest? And did Joseph have the means to protect and properly bury the body so it would not be desecrated by haters of Jesus? The answers are in my book.

Centurion Witness gives us a unique perspective on the story of Jesus and the Roman discourse. Why did you choose the Roman warrior to be the leading voice?

The Old Testament documents the first covenant that God set up with his chosen people, the Jews. But they did not live up to that agreement. That failure led to The Second Testament, or the second covenant, which replaced the first one. And the second covenant was with all people, meaning that Jews and non-Jews (gentiles) could both be saved.

So, by selecting a gentile to be the protagonist in Centurion Witness, I provide the reader a fresh perspective, that of the Romans, experiencing the legendary events surrounding Jesus. Thus, Centurion Calix, a seasoned warrior, is your guide during the Roman trial where Pilate found Jesus innocent, then condemned him to death, and then protected his grave.

Was my choice of perspective wise? Here’s what Diane Donovan at Midwest Book Review released in March 2022: “Centurion Witness: A Tale of Resurrection and Redemption represents Christian Biblical fiction at its best.”

What do you hope readers will come away with after reading Centurion Witness?

I hope the readers accept three things. First, there was ample reason for the Romans to guard the tomb of Jesus for three days. Second, any guards who prevented the grave of Jesus from being disturbed by Jesus lovers or haters became witnesses that the body miraculously disappeared.

Third, even the most hardened sinner, can be forgiven by God, if she or he sincerely confesses and regrets their sins against God.

And I believe that I will have fulfilled my promise if the readers encourage others to read the book. By doing that, the story of redemption will be spread to others.

Given that you have several successful books, and your inspiration seems unending, I’m pretty sure you have more in the works. Give us a little taste of what’s to come?

The saga of the Martin and Cantera families fighting terror continues with Mission Tehran. Synopsis: Pakistani security forces slip a stolen nuclear warhead to Iranian terrorists to move to Tehran for use against Israel. After a joint CIA and FBI team captures the Iranian transporters, the lead CIA officer decides to detonate the bomb in Tehran. Only FBI Special Agent Cholo Cantera and Israeli Mossad Field Officer Oasis Jazir can prevent the deaths of millions of innocent Iranians.

The saga continues with Gold Hack.

The synopsis is as follows: American hackers target the banks concealing the hoarded wealth of the heads of state in China and Russia. The hacker team’s goal is to force world peace. Will U.S. Senator Martin and Special Agent Cholo Cantera block or help the hackers?

“Centurion Witness” by Ed Mitchell is available on Amazon by clicking here.