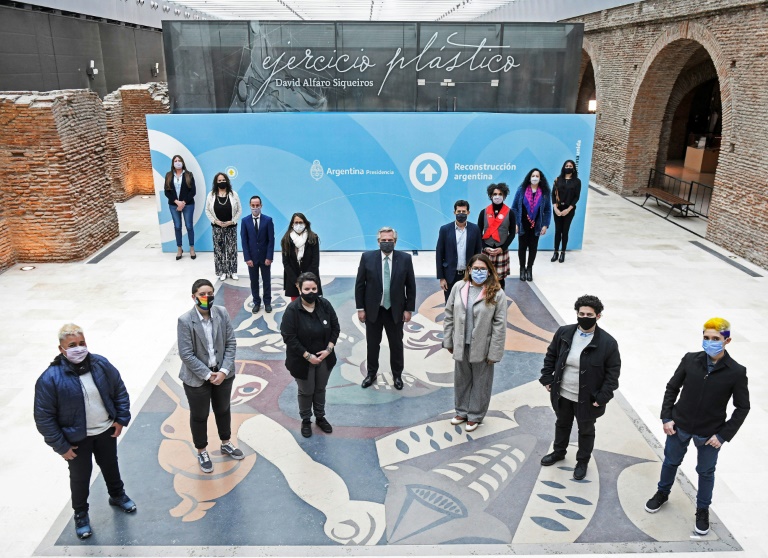 People obtaining a national identity document in Argentina were able to mark their gender with an “X” beginning Wednesday, under a presidential decree that puts the nation at the forefront of such issues in Latin America.

This new option, which extends beyond the standard male/female binary, is meant to safeguard gender identity, and comes after such a move has been under consideration since 2012.

A decree published in the country’s official gazette stated that an “X” could signify a number of statuses ranging from “non-binary” or “indeterminate”  to “another meaning which can be used to identify a person who does not feel understood under the male/female binary.”

President Alberto Fernandez celebrated the decree with a ceremony at the capital’s Bicentennial Museum.

“The state should not care about the sex of its citizens,” the president said, adding that there are “a thousand ways to love, be loved and be happy.”

“There are other identities besides that of man and woman and they must be respected,” he said.

The Argentine LGBT Federation celebrated what it called a “historic advance in the matter of rights.”

“Although the use of ‘X’ is not totally inclusive in recognition of the wide range of identities that exist, it is an important step on the way to real equality of rights,” it said in a statement.

Fernandez said that he believed his country’s embrace of same-sex marriage under a law in force since 2010 “was the beginning of this whole path towards diversity.”

The new “X” category will be a possibility not just on Argentina’s national identity document (DNI) but also its passport.

The move is similar to measures in Canada, Australia and New Zealand.

In this article:Argentina, identity, LGBT