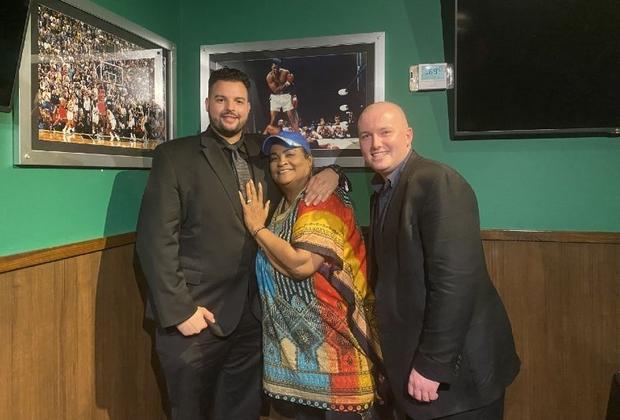 “Today I was honored by the historic Los Angeles Tribune as the top national anti-bullying advocate in the nation,” he said.

“On October 18th I’ll also be honored by Mayor Richard Meehan of Ocean City, Maryland with a proclamation for National Bullying Prevention Month,” he said.

“It’s extremely important to me to be of service to others and help people who are in need,” he said. “God created us by, for, through, and with love so we must spread it. The mission of bullying prevention is one I will fight for until bullying is eradicated in all of its manners.”

“I’ve even gone to the extremes to donate professional bodyguard services to youth victims of bullying. They received the same services as A-list Celebrities. When you are in a position to help others and you chose not to you become a part of the problem. I don’t embrace excuses I embrace solutions,” he elaborated.

For Almony, it was an honor to have Bubba Almony Day in both Snow Hill and Salisbury, Maryland declared by its mayor. “It means a lot as I have always remained grounded and never forgot where I came from,” he said.

“I would like to say that October is bullying prevention month but most importantly every day should be a zero-tolerance for bullying and we should always be planning bullying prevention in all of our environments. Lastly, choose flight over fight. As a trained bodyguard if I can do that so can you,” he concluded.