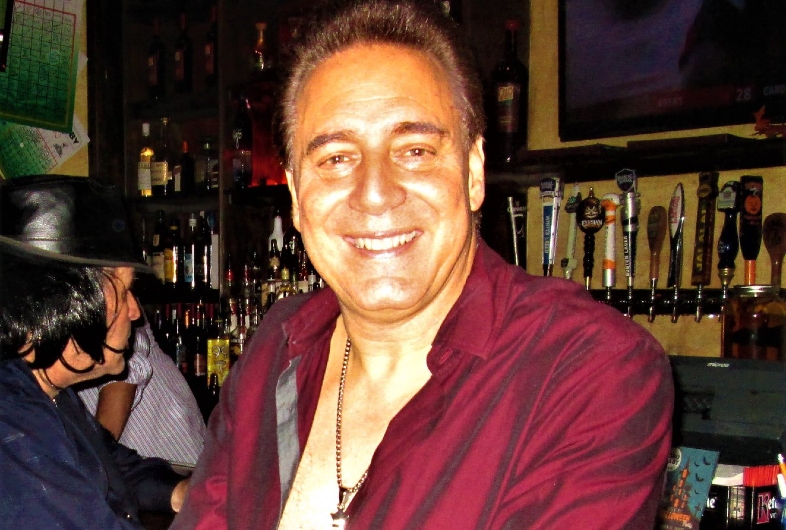 On May 7, Willy Sacco “The Entertainer” performed at Sergio’s Italian Restaurant in Massapequa, New York, just in time for a Mother’s Day Weekend celebration. He was joined by comedian Howard Newman, who is affectionately known as “High-Powered Howard.”

Sacco was able to tip his hat to such timeless entertainers as Barry Manilow, Sir Tom Jones, Engelbert Humperdinck, and John Travolta. Newman began the show with a witty comedic set.

“Are you ready folks? I can’t hear you,” Sacco said, and kicked off his set with “Quando, Quando, Quando” and he kept them moving with “Love Boat.” He continued with Humperdinck’s “Spanish Eyes” and he honored Frank Sinatra with “The Lady Is a Tramp.” Equally impressive was his rendition of Sinatra’s “My Kind of Town.” “We have a great crowd,” Sacco said.

He brought his umbrella on stage to sing B.J. Thomas’ “Raindrops Keep Fallin’ on My Head,” and went on to pay homage to the “greatest entertainer in the world” Sammy Davis Jr. with “That Old Black Magic.” Sacco subsequently described Sammy Davis Jr.’s song “I’ve Gotta Be Me” as his theme song in life.

Sacco went on to sing Dean Martin’s “You’re Nobody ‘Til Somebody Loves You” and immediately broke into “Everybody Loves Somebody.”

He also performed Barry Manilow’s “Can’t Smile Without You” and rounded out his set with Elvis Presley’s “Surrender” and Kenny Rogers’ signature love ballad “Lady.” “You guys are wonderful,” he told the audience at Sergio’s.

Howard Newman returned for yet another comedic set that was relevant and relatable.

Sacco returned for his second act, which he kicked off with Elvis Presley’s “Burning Love” and “Viva Las Vegas.” He showcased his smooth vocals on Michael Buble’s “Sway” and Barry Manilow’s “Cocacabana,” as well as “Cuban Pete” from The Mask.

He continued with his tribute to Sir Tom Jones with “Love Me Tonight,” “Delilah,” and “It’s Not Unusual.” He closed on a fitting note with Frank Sinatra’s “New York New York” and returned for an encore of John Travolta’s “Saturday Night Fever.”

Overall, Willy Sacco and Howard Newman were entertaining at Sergio’s Italian Restaurant in Massapequa, where they were able to put on an unforgettable show just in time for Mother’s Day Weekend. Sacco and Newman are worth seeing live whenever they perform in town. Well done.