In the thriller Alice Fades Away, directed by Ryan Bliss, he plays James. “I had fun but it was very intense,” he said. “James is a powerful character and a powerful man who has lost control of something in his life that means the world to him, and that makes him an interesting character to play. He is a man that is used to getting what he wants, he is wealthy and he commands respect, and controls everything in his world.”

He praised the film’s director, Ryan Bliss. “I thought Ryan was terrific. I love directors that create a safe place for you to play in. You feel trusted. These are the directors that get the best work out of their actors. You can go as far as you feel free to go. I was blown away when I saw the final film, and how beautiful it was,” he said.

The movie also stars Blanche Baker (Sixteen Candles), Paxton Singleton (The Haunting of Hill House) and Ashley Shelton (Something, Anything). Christopher French composed the musical score. “It’s a thriller but it has gorgeous photography, and I admire that as well. The photography makes for a good film,” he said.

Alice Fades Away is available for streaming on digital platforms by clicking here. It was released on February 16 via 1091 Pictures. “If viewers like suspense, I would encourage them to see this film,” he said. “I think it’s a terrifying story that is beautifully sold. I would urge people to see it.”

For young and aspiring actors, he encouraged them to do some theater, where they have to go in front of a live audience. “You have to deliver. I did theater for 11 years before I did my first movie. It took a couple of films to make the adjustment to the camera because it’s a slightly different style of acting. In film and television, there is no rehearsal. You run the scene once or twice with the actor that you just met that morning, and then, they lay it down on film and it’s there forever,” he said.

He described the latest Bill & Ted film, Bill & Ted Face the Music, as “great fun.” “I was thrilled when they came back to me after 30 years and asked me to be in another one, and I said ‘yeah of course’ and they told me the general plot of it,” he said.

Sadler defined the word success as “when you are secure in yourself and your career, and when things are in balance.” 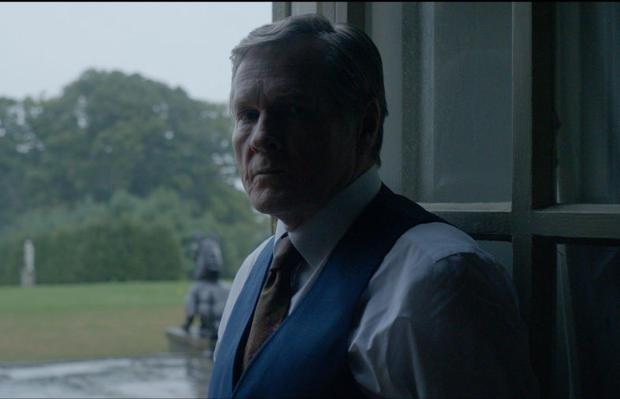