Lipton portrays Cameron Webber on the hit ABC daytime drama, General Hospital, the onscreen son of nurse Elizabeth Webber (Rebecca Herbst). “Cameron is such a loving brother. I can relate to that the most since I have two younger sisters, and I love them very much. I think it’s really amazing whenever he is doing scenes where he is showing that compassion,” he said, about his character’s finest qualities.

For young and aspiring actors, Lipton encouraged them to set “small goals” for themselves, in an effort to help them reach bigger goals. “Make sure to take each day to help you to get closer to that end-goal where you see yourself,” he said.

On being an actor in the digital age, he said, “I don’t know anything else. I grew up in the digital age. Through social media, there are so many ways where you can interact with the fans that are watching. It is amazing to hear the wonderful feedback from the loving General Hospital community.”

Regarding the impact of streaming services on the entertainment business, he said, “They are really incredible. Streaming services give so many opportunities for filmmakers, actors and actresses to produce a wide variety of different shows. There is something out there for everything that one person may like.”

When asked how he handles being dialogue-heavy on the show, he noted that he felt very confident in the area of learning and memorizing lines. “I loved history classes, so I had a relatively easy time memorizing dates, names and what happened,” he said. “I take learning scripts in a very similar way. You memorize what is a reaction after the other character says something. When I approach it as I would a regular conversation, it sinks in my head a lot faster.”

In 2019, he was nominated for the Daytime Emmy Award for “Outstanding Younger Actor in a Drama Series” for playing Cameron Webber. “I was so beyond thankful to be there representing General Hospital,” he said about his Emmy nomination.

“General Hospital is so fantastic because there is so much great content on there,” he added. “It is great for me since I get to work with a lot of the cast members on the show.”

On April 18, Lipton is excited to be participating at the “General Hospital Fantasy” event in Andover, Massachusetts, and on the following day, April 19, in Melville, New York, where he is looking forward to meeting the fans of General Hospital in person. “I am excited to travel to the East Coast with my General Hospital cast-mates to see the extended community of the show,” he said. “I’ve met fans before in Los Angeles and I am excited to see them at the other side of the country.”

To learn more about these upcoming fan events on the East Coast, check out the official Fantasy Events Inc. website. “I am super excited to come and see everyone. It will be my first chance getting to interact with the fans from the East Coast,” he said.

Regarding the title of the current chapter of his life, he responded, “Memoirs from the Passenger Seat.” “My mom and I do a lot of driving. It’s great because we get a lot of bonding time,” he said.

Aside from his acting work, he is also a musician. On his musical inspirations, he said, “I haven’t experienced a lot of turmoil in my life, thankfully, but I look to others as a great source of inspiration. I have so many friends and family members that have overcome such amazing things in the face of adversity and that really inspires me,” he said.

Lipton listed John Mayer, Coldplay, and Bono from U2 as his greatest musical influences. “John Mayer is the closest I have to an idol,” he said. “Coldplay is also fantastic and recently, I have been getting into Radiohead.”

In the little spare time that he has, Lipton enjoys spending time with his family, boxing (especially since he was inspired by General Hospital co-star Maurice Benard) as well as singing classical music. “My family has supported me throughout this whole process,” he admitted. I love singing Italian Art songs, and I am learning a German song right now, which should be fun. With boxing, I don’t like fighting other people, but the bag can take it.”

Lipton defined the word success as “completing goals for yourself.” “That way, you feel more satisfied with your life. If you make small goals and you succeed in them, then that’s amazing,” he said. 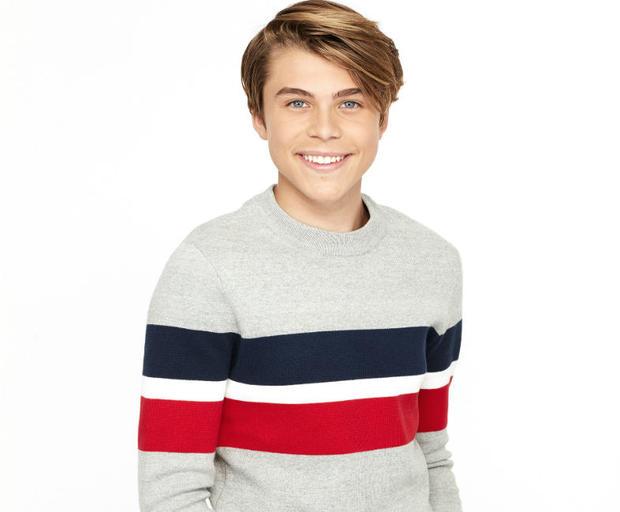