On September 14, deVry will be at the Helium Comedy Club in Philadelphia for a benefit that aids the Sandy Rollman Ovarian Cancer Foundation. He will be joined by such General Hospital co-stars as Tamara Braun, Eden McCoy, Wes Ramsey, and Donnell Turner.

“We have a baseball game on Thursday night, which will be a lot of fun, and we will have a dinner on Saturday night. The environment is a little different at the dinner than the other events. You get closer to the actors and you are there to support the Sandy Rollman Ovarian Cancer Foundation,” he said. “We have the main event on Saturday, September 14.”

deVry serves as a celebrity ambassador for the Sandy Rollman Ovarian Cancer Foundation, and he underscored the importance of raising awareness for the movement. “That’s the No. 1 goal: to raise awareness for ovarian cancer, and Sandy Rollman is a big part of that,” he said.

He shared that the Sandy Sprint this past April was “great” and that they had a really “wonderful time.” “They raised close to $300,000, and hopefully, next year, it will be even more successful,” he said. “We need to find a cure for ovarian cancer and a reliable screening source. We are trying to make a difference,” he added.

deVry praised the CEO and co-founder of the Sandy Rollman Ovarian Cancer Foundation, Robin Cohen, for being “great” and a “tireless worker.” “Robin never gives up and is always positive. Those are hard characteristics and traits to find these days. It is a joy working with them. I hope my relationship with them continues,” he said.

On October 20, deVry will be participating in a General Hospital Fantasy event in Tarrytown, New York, where he will be joined by James Patrick Stuart, Donnell Turner, Wes Ramsey, and Kathleen Gati. 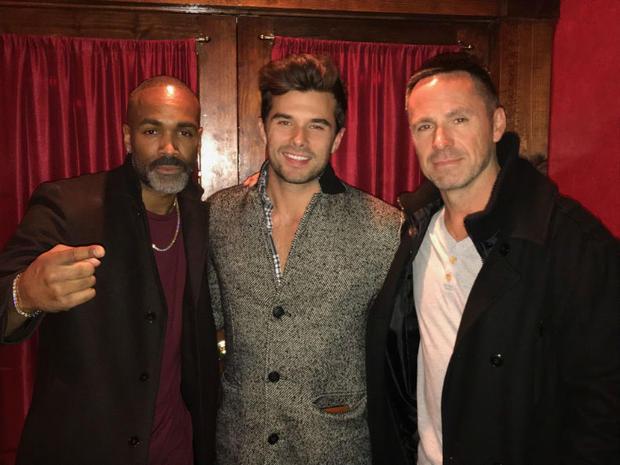 This past February, deVry was a part of the “Men of General Hospital” fan event in New York, along with Donnell Turner and Josh Swickard, where they performed at Governor’s Comedy Club on Long Island and at Rockwells in Pelham. “I always have a blast on Long Island,” he admitted. “We always have a good time meeting fans in New York. The fans in New York are fantastic and they always show up. They are very enthusiastic.”

deVry defined the word success as “happiness.” “If you are happy, and doing what you love, you are successful. Success has nothing to do with material possessions. It’s about love and contentment,” he said.

For his fans, deVry concluded, “I hope they can join us at all of these events, especially the ones benefiting the Sandy Rollman Ovarian Cancer Foundation. Everybody feels good about making a difference in the world. It is only beneficial to our neighbors and friends.”