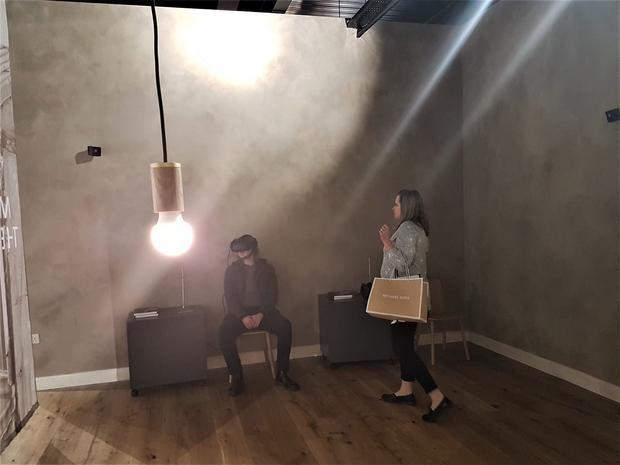 A man experiencing the Modigliani VR: The Ochre Atelier at the Tate pop-up shop.
Tim Sandle

The virtual reality experience is housed in a pop-up shop selling Tate related prints and merchandise, at the Bicester Shopping Village, in Oxfordshire, U.K. The exhibit and shop compliment the main Tate galleries in the U.K.: Tate Britain, Tate Modern, Tate Liverpool and Tate St Ives. 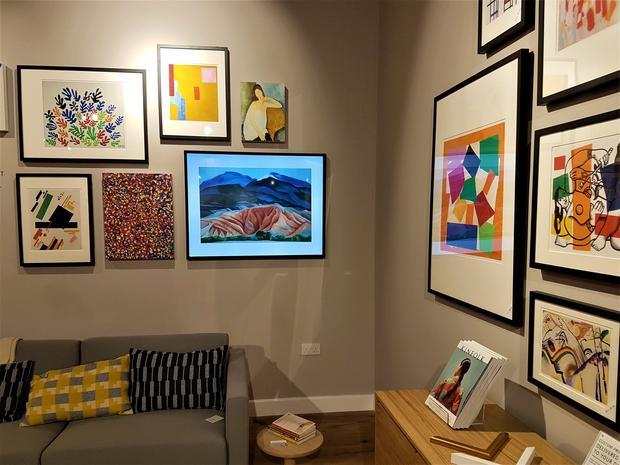 An image of inside the Tate pop-up shop, with a selection of art prints on display.
Tim Sandle

Unusual objects have been positioned to direct people towards the pop-up shop and virtual reality experience. Scattered around the shopping area are models of old-style telephone kiosks. 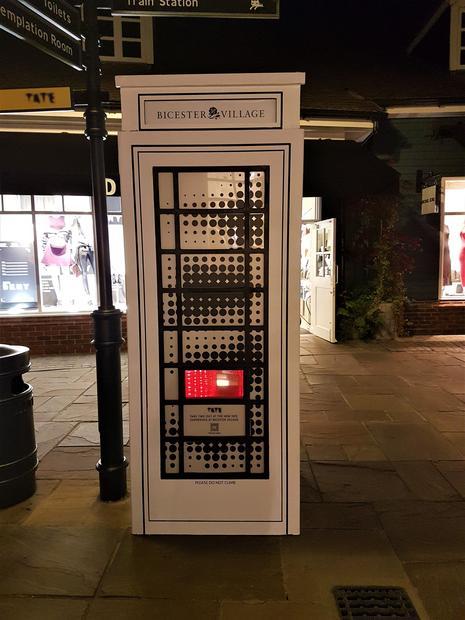 One of the many telephone kisoks designed by the Tate, to lead the way to the pop-up shop.
Tim Sandle

Inside each of the kiosks is an infinity light display, created from lasers and mirrors. 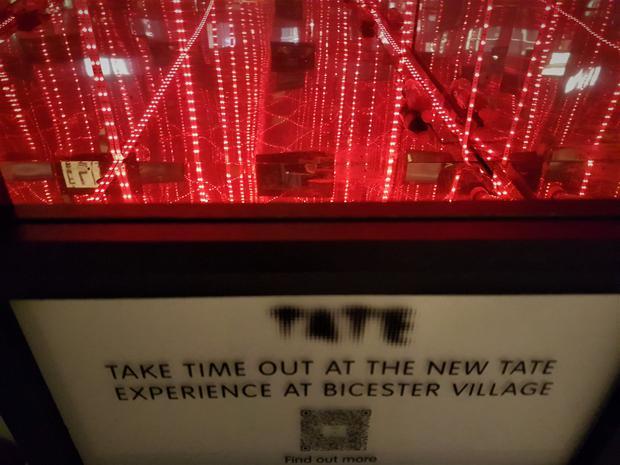 A close-up of the the laser and mirror display inside one of the Tate telephone boxes.
Tim Sandle

Within the pop-up shop, the virtual reality experience is housed in a virtual reality room, which is designed to resemble the artist’s studio. The wearer can explore ever facet of the studio, examining then three-dimensional objects from different perspectives. 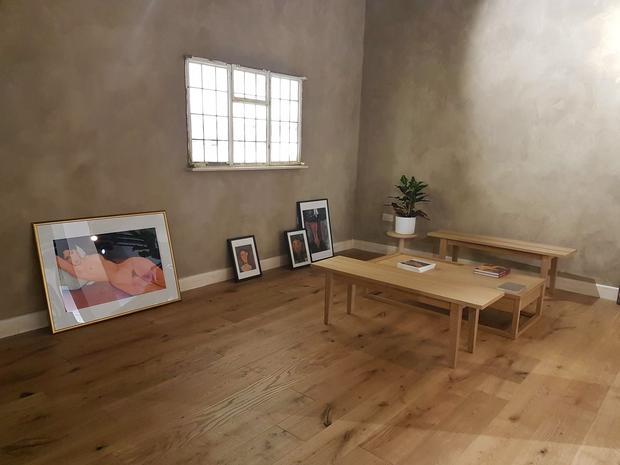 The virtual reality experience is called Modigliani VR: The Ochre Atelier. It was on show earlier this year in London.

While the use of the virtual reality is entertaining and the graphics are impressive, the application has an educational basis, seeking to vividly enhance the wearers understanding of one of the early twentieth century’s most important artists. Putting on the headset, the user hears and sees how the artist worked, such as his his materials and techniques; accounts from Modiligani’s friends; plus commentary from Tate experts.

Several wearers can put on headsets and partake in the experience. The headsets are provided by Vive. When wearing the headset it is best to remain seated, especially to begin with as the experience can be disorientating. 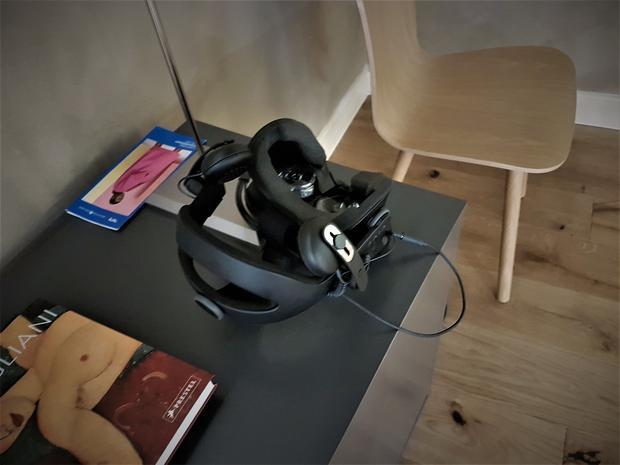 On donning the headset the wearer is immediate transformed into an immersive recreation of early twentieth century Paris, both visually and aurally. To achieve this, the Tate curators worked with the animation studio Preloaded. For the core animation, the developers used Modigliani’s actual studio space as a template making use of over 60 objects, artworks and materials. 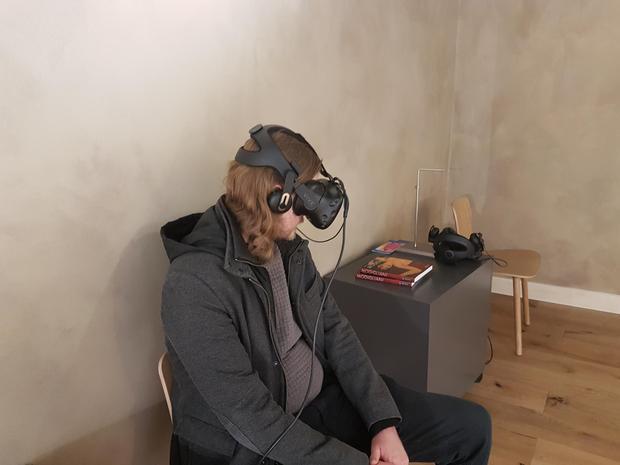 To develop the sounds and images, Tate historians drew upon archival material and new research to bring Paris, in the historical context to life, and to showcase Amedeo Modigliani’s experiences in 1906. During this time, Modigliani would have been part of a community of artist that included Pablo Picasso, Constantin Brâncuși and Jean Cocteau.

Amedeo Clemente Modigliani was an Italian Jewish painter and sculptor, best known for his distinctive portraits and nudes in a modern style characterized by elongation of faces, necks, and figures. As with many artists, Modigliani became more widely appreciated after his death. 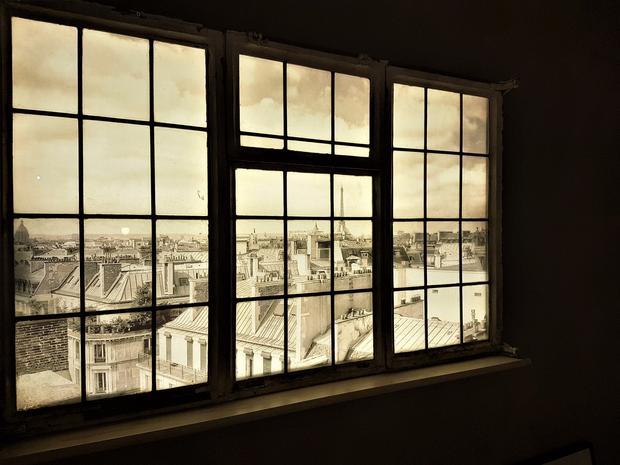 Graphical image of Paris in 1906, the gateway into which the virtual reality experience leads.
Tim Sandle

The wearer of each virtual reality headset also experiences a dazzling range of Modigliani’s iconic portraits, nudes and sculptures.

The pop-up shop also includes other innovative digital technology, such as audio-visual boards and video streaming: 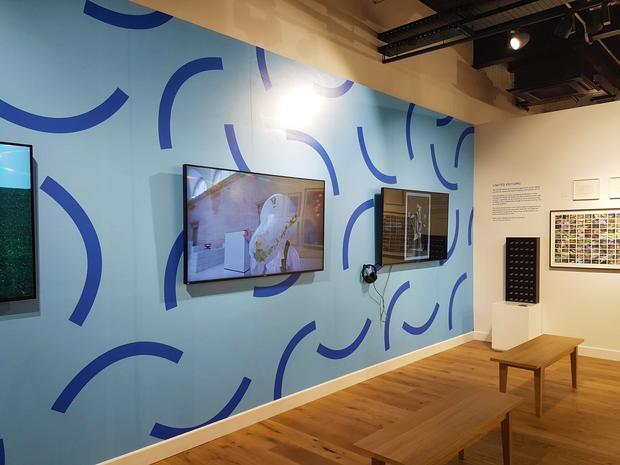 A series of display screens at the Tate pop-up shop, showing images and videos linked to the modern art world.
Tim Sandle

Plus the ability to peruse prints from the Tate’s vast catalog and to have selected prints, with the option to have them framed, delivered to any address worldwide. 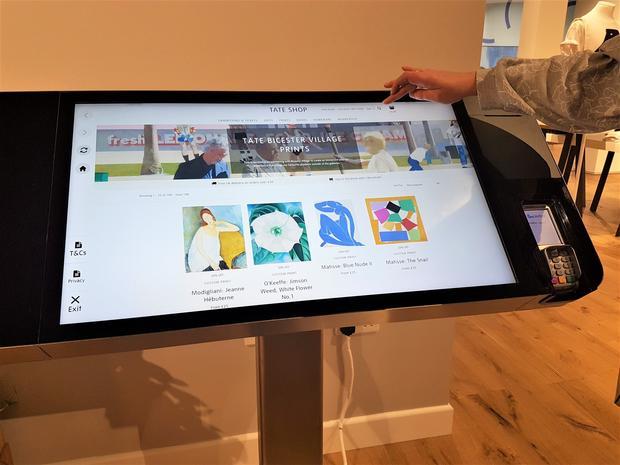 Digital print service at the Tate shop. Guests can choose from Tate’s collections of masterpieces throughout the ages in any size and printed on paper or canvas, framed and delivered to their homes.
Tim Sandle

The pop-up shop, and the The Ochre Atelier virtual reality experience, runs from September 2018 to January 2019. 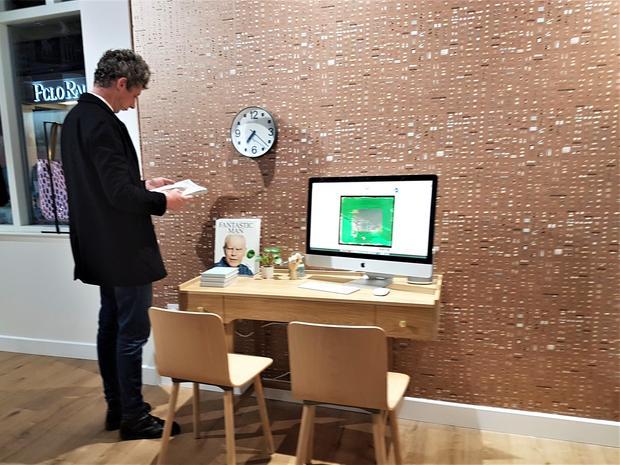 A man examines some of the books and interactive content on display at the Tate pop-up shop.
Tim Sandle
In this article:Art, Modigliani, Studio, Tate, Virtual reality