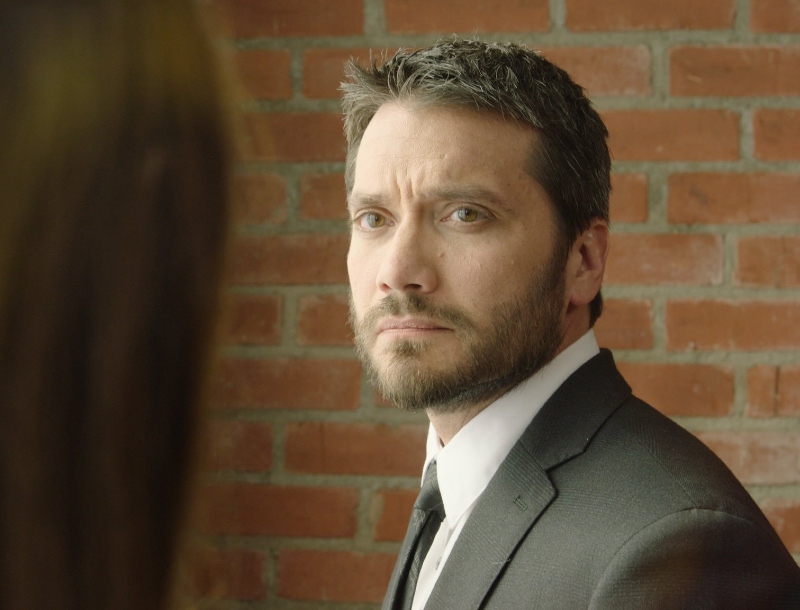 The four-time award-winning short film “To the Moon and Back,” starring Emmy-nominated actor Dominic Zamprogna, is officially available to stream for
free on Vimeo, starting today, Friday, January 7, 2022.

It was written and directed by Nate Hapke, and it stars Dominic Zamprogna, Danielle Rayne, and Julie Romano.

Dominic Zamprogna (“General Hospital”) stars as Robert Westfield, a grieving man who finds solace in the presence of his wife and daughter in the moments leading up to his eulogy for his recently deceased mother.

Four-time Daytime Emmy nominee Dominic Zamprogna is well-known for his acting work on the daytime drama “General Hospital,” where he has played the role of Dante Falconeri, the son of Port Charles patriarch Sonny Corinthos.

His co-star Danielle Rayne also hails from the daytime world, having appeared on “All My Children,” “General Hospital,” “The Young and the Restless,” and “Days
of Our Lives.” Romano also appeared on “General Hospital” as a nurse. Both Rayne and Romano have previously worked with writer and director Nate Hapke on two other projects.

The movie hosted a private premiere back in November of 2019 and it has gone on to screen as an official selection of five festivals, where it has won awards for acting, directing, and cinematography.

After two years of screening around the country, the film is finally available
to view on Vimeo for free. Fans and viewers can check it out below.

In this article:Dominic Zamprogna, Film, General hospital, Movie, nate hapke, Short, to the moon and back