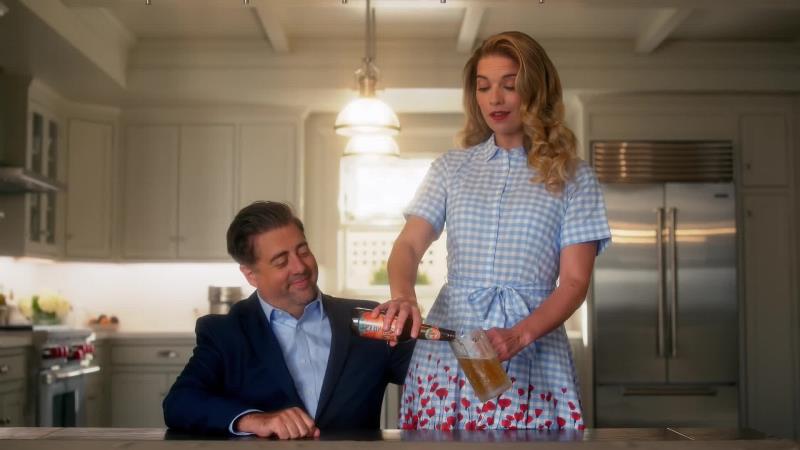 This week’s releases include a satirical new series; a more dangerous second chapter; a strange and loving family; a boy doing his best to fit in; and an action movie with a familiar theme.

When long-lost Uncle Fester (Christopher Lloyd) reappears after 25 years in the Bermuda Triangle, Gomez (Raul Julia) and Morticia (Anjelica Huston) plan a celebration to wake the dead. But Wednesday (Christina Ricci) barely has time to warm up her electric chair before Thing points out Fester’s uncommonly “normal” behavior. Could this Fester be a fake and part of an evil scheme to raid the Addams fortune?

Following the cartoons and successful TV series, the films took the franchise to the big screen where the indelible cast became the pivotal kooky family. The love between Gomez and Morticia is more passionate than ever, making it a wonder they’re not regularly on lists of best fictional couples. Meanwhile Pugsley is the loveable scamp and Wednesday is following in her mother’s and grandmama’s footsteps with a knack for the dark arts and murder. Though they get less screen time, Thing and Cousin It are still incredibly memorable characters in both pictures as the former plays pranks and lends a hand in sticky situations, and the latter proves to be quite the ladies’ man. It’s interesting Fester is at the centre of the narrative, but Lloyd is terrific and the rest of the family is still allotted lots of time to be kooky.

Allison McRoberts (Annie Murphy) is the prototypical Sitcom Wife married to Kevin (Eric Petersen), her self-centered husband. When she learns the perfect future she envisioned is impossible, she teams up with her neighbor Patty as she attempts to escape her confines and take control of her life.

This series adds a touch of reality to the sitcom. Parodying the classic family comedies, Allison is constantly dealing with her husband’s messiness, forgetfulness, thoughtlessness, selfishness, and his ever-present family and friends. Though the laugh track reminds us this is normal behaviour for the genre, Allison begins to question if this is the life she really wants and starts to devise ways to change it. At first it’s small things that frustrate Kevin without him realizing it, but a strange night leads her down a darker road and sparks dreams of changing her life completely. The visual cues that differentiate the classic sitcom and Allison’s discontent are clear but organic with alterations in the lighting and colour tone, changing the picture from a bright and vibrant idealistic fantasy to a more relatable muted reality.

Special features include: “A Look at the Series”; “Meet the Characters”; and “Making of the Show.” (AMC Networks)

At the end of season one, the survivors of the revolution are trying to pick up the pieces and maintain a fragile peace amongst the now merged classes with Layton (Daveed Diggs) emerging as the train’s leader. Discovering Mr. Wilford (Sean Bean) is alive and headed their way on a rival train, Melanie (Jennifer Connelly) risks going outside to prevent him from invading Snowpiercer. While she’s out there, it’s revealed that Alexandra (Rowan Blanchard), Melanie’s daughter, who she thought had died, is alive and has become Wilford’s dedicated protegee. In season two, an entirely new power struggle emerges, causing a dangerous rift as people are divided between their loyalty to Layton and to Mr. Wilford, who has a new train, new technology and a game plan that keeps everyone guessing. While Layton battles Wilford for the soul of Snowpiercer, Melanie leads the charge on a shocking new discovery that could change the fate of humanity.

The revelation at the end of the first season put a giant wrench in the peace they’d just established on the train. However, it’s much more complicated than just Wilford’s return. Firstly, Melanie is desperate to reconnect with a daughter who’s been led to believe she abandoned her. Layton has his own domestic issues that he must balance with being the train’s new keeper. However, Wilford is very cunning and, more importantly, he’s malicious, willing to do anything and climb over anybody to regain total power. Even though times on Snowpiercer got dark, Wilford’s tactics are so much worse. This season also takes an interesting turn when one of its main characters are tasked with a vital mission that actually takes them off the train for a significant period and extends the story to a third branch. The repercussions of this season will be extensive for the third chapter.

“Whoever controls the water controls the valley,” proclaims the evil Damnil (Anthony Zerbe). Nomad (Patrick Swayze) is an ex-soldier roaming the desert wastes of a war-ravaged world. When his mentor is killed before he can take the job of peacemaker in the town of Meridian, Nomad lends the townspeople his fighting skills instead, gaining the trust of war widow Kasha (Lisa Niemi) and her son, Jux (Brett Hool). But after Damnil learns of a secret water supply flowing under Kasha’s farm, his thirst turns murderous.

This was Swayze’s Mad Max, similarly set in a post-apocalyptic desert with marauders crossing the barren landscape in search of power. Though many know him for his romantic roles, Swayze also featured in a number of action movies that allowed him to use his martial arts training. The film begins with an unusual ambush as Nomad’s assailants use the sand to launch a sneak attack as well as escape. When he enters Meridian, he must initially rely on their kindness before he can repay it by defending their way of life. It’s pretty standard ‘80s fair with the good guy becoming an integral part of the community, while the bad guys act callously until the hero is forced into an inevitable, winner-take-all battle. Even though there’s nothing to really set this film apart from its contemporaries, it’s still a solid entry in the genre.

Based on the beloved best-selling novel, the film follows the story of the Pullman family, whose youngest child, Auggie, is a boy born with facial differences. When Auggie (Jacob Tremblay) enters mainstream elementary school for the first time, his extraordinary journey unites his family, his school and his community, and proves that you can’t blend in when you were born to stand out.

This is the heartfelt story of a boy who is involuntarily tasked with helping those around him be better people. Although his experiences are heightened because of his differences, some kids are inevitably nice while others are horrible bullies. Tremblay captures the complex emotions of this boy flawlessly so that the audience is right there next to Auggie throughout the movie, empathizing with but not pitying him. His sister, played by Izabela Vidovic, also has an important role in the narrative as she tries to normalize the kid experience for him as much as possible, not babying him like their mother (Julia Roberts) or relying on humour like their dad (Owen Wilson). The great part about this film is it doesn’t try to manipulate its audience to feel a certain way, but instead lets the story unfold and viewers feel as they wish.

Special features include: commentary by Stephen Chbosky and R.J. Palacio; “A (Com)passion Project”; “Family Matters”; “A Technical Wonder”; “A Note of Kindness”; “We All Deserve A Standing Ovation At Least Once In Our Lives”; “A Child’s Sense of Wonder”; “What a Wonderful World”; soundtrack behind-the-scenes featurette; and “Brand New Eyes” music video. (Lionsgate Home Entertainment)