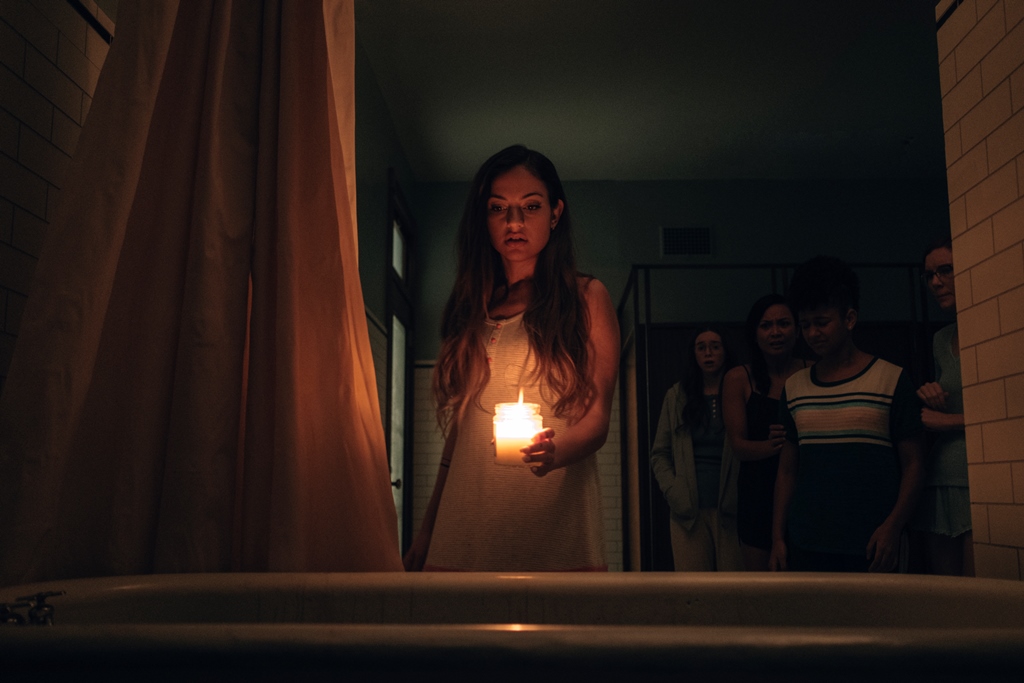 This week’s releases include a skillful portrayal of the imbalance of power; an uninspired mystery that leaves the best for last; and the anniversary of a picture that left its mark on viewers decades earlier.

Life takes a sudden turn for May (Brea Grant), a popular self-help book author, when she finds herself the target of a mysterious man with murderous intentions. Every night without fail, he comes after her, and every day the people around her barely seem to notice. With no one to turn to, May is pushed to her limits and must take matters into her own hands to survive and regain control of her life.

This movie is bizarre from the get-go as May’s concern about a man breaking into their house is met with casual acceptance by her husband — after all, it happens “every night.” There’s no clear explanation of why May has no recollection of these other attacks, but from that night forward she’s determined not to be a victim. This is just one of several clues that point to the narrative as a metaphor for women’s systematic victimization by men. The confrontations between May and her assailant follow the typical horror movie tropes that will leave audiences somewhat frustrated with the protagonist. Nonetheless, director Natasha Kermani and writer Brea Grant do an excellent job building the story’s symbolism before letting May make it clear via an impassioned speech.

Camille Meadows is the new girl at the prestigious Edelvine Academy for Girls. Soon after her arrival, six girls invite her to join them in a late-night ritual, calling forth the spirit of a dead former student who reportedly haunts their halls. But before morning, one of the girls is dead, leaving the others wondering what they may have awakened.

In classic boarding school tradition, the movie opens with a prank gone awry and the mysterious death of one of the students. The school’s opening is quickly filled by Camille, who is immediately targeted by the resident mean girls — though she proves quite capable of looking after herself. When more girls start turning up dead, they take it upon themselves to find the cause before they become the next victim. The motivation for the deaths is pretty thin, but the final confrontation exceeds expectations as they clearly decided to some serious thought into the fight choreography. The ending is classic hero stuff, complete with a kiss and a promise.

The Autobots, led by the heroic Optimus Prime, prepare to make a daring attempt to retake their planet from the evil forces of Megatron and the Decepticons. Unknown to both sides, a menacing force is heading their way — Unicron. The only hope of stopping Unicron lies within the Matrix of Leadership and the Autobot who can rise up and use its power to light their darkest hour. Will the Autobots be able to save their native planet from destruction or will the Decepticons reign supreme?

This animated film, released in 1986, was based on the popular television series that was produced by Hasbro to cleverly promote its robot toy line. Though it wasn’t well received by contemporary critics, the film would later be praised for its narrative depth — particularly when compared to Michael Bay’s live-action franchise. The picture’s unexpected beginning was a critical moment in the lives of many young viewers who hadn’t yet confronted the death of a beloved character. Meanwhile, the action was expertly balanced against a complex battle between good and evil… and eviler. Nothing about the narrative was predictable, which is why it had such an impact on audiences and remains a favourite to this day.