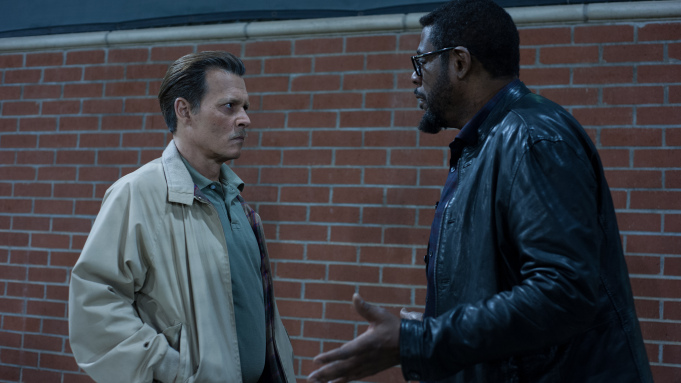 This week’s releases include widespread police corruption with links to an infamous unsolved murder; a unique biopic that tries to capture the tragic life of an acclaimed actress; and an innovative risk-taker that gets an upgrade.

Maggie Cheung embodies tragic silent screen siren Ruan Lingyu, known as the “Greta Garbo of China,” in this unconventional biopic by Hong Kong New Wave master Stanley Kwan. Praised for her moving and emotive onscreen presence, Ruan’s private life, which was frequent fodder for the vicious Shanghai tabloids, began to mirror the melodramas which brought her fame, culminating in her suicide at age 24.

Lingyu was a prominent Chinese film star in the 1930s, featuring in many silent films and just missing the country’s entry into talkies. This film, released in 1991, blends a fictional depiction of her life with archival images, and documentary footage in which the cast and crew share their impressions of Lingyu while shooting the film. It’s a very unique approach to a biopic, which draws audiences into the actress’ life. In spite of her moniker, her tragic life is somewhat closer to Marilyn Monroe’s as she’s unlucky in love and scandalized by the tabloids. Her life was incredibly complicated by her lovers and filmmakers, but she appears to have born it all with a smile. The film portrays snippets of her big screen successes and personal relationships in an attempt to explain why she ended her life at such a young age and on the brink of a career milestone. However, they unobjectively indicate one person was responsible for pushing her over the edge in this intimate portrayal of her life.

What is worse, the crime or the cover-up? Determined LAPD detective Russell Poole (Johnny Depp) spent nearly 20 years trying to solve the infamous murder of iconic rap artist Christopher Wallace, a.k.a. The Notorious B.I.G. As the anniversary of the rapper’s death approaches, Jack Jackson (Forest Whitaker), a journalist, teams up with Poole in search of the elusive truth. Together they explore why the case remains cold — and why a secretive division of the LAPD is seemingly set on keeping it that way.

While there are multiple theories, conspiracy and otherwise, about who killed Biggie, this film takes a top-down look at the facts and speculates that there may have been an intricate plan to assassinate the rapper that was linked to corrupt LAPD. While Poole is based on a real-life character featured in author Randall Sullivan’s book, Labyrinth, Jackson is a work of fiction devised to help convey the officer’s hypothesis and obsession to audiences. Depp and Whitaker have a good on-screen repertoire, though the director describes their contrasting approaches to their characters in the bonus features. Depp’s performance and appearance is reminiscent of his Donnie Brasco personality as Poole is equally dedicated to getting justice regardless of the consequences, which are many as he uncovers further proof local police were not only on a key suspect’s payroll, but connected to a prominent street gang. From an investigation perspective, the evidence laid out in the picture is quite compelling and convincing — even if it never led to any arrests.

Lara Croft: Tomb Raider: Exploring lost empires, finding priceless treasures, punishing villains in mortal combat… it’s all in a day’s work for adventurer Lara Croft (Angelina Jolie). But a secret from her father’s (Jon Voight) past is about to lead Lara to her greatest challenge: The Triangle of Light, a legendary artifact with the power to alter space and time. Lara must find the Triangle before it falls into the clutches of the Illumnati, a secret society bent on world domination.
Lara Croft Tomb Raider: The Cradle of Life: Lara Croft (Angelina Jolie) is back in action and faces her most perilous mission: to recover what ancient civilization believed to be the essence of all evil, Pandora’s Box. She must travel the globe, from Greece to Hong Kong to Kenya and beyond to get to the box before it’s found by a maniacal scientist (Ciarán Hinds) whose plan is to use it for mass annihilation.

Twenty years ago, most people had never heard of Lara Croft or her video game, but this movie changed that by creating brand recognition with its Indiana Jones-like adventure. Lara’s quests are similarly for highly valuable and potentially powerful artifacts, taking her around the world as she solves the clues leading to the secret location. She also borrows from James Bond’s book (which is somewhat ironic since Daniel Craig is in the first picture), working with very high-tech instruments that include killer robot security. The films’ choreography is especially captivating as Lara uses a mix of acrobatics to achieve her goals, which includes defeating an entire Wet team while bungeeing from the soaring ceilings in her impressive home. The second picture isn’t as appealing as its predecessor, but they follow a similar formula and Jolie maintains her daring spirit throughout both films.