James Taylor formed JTQ in 1987 following the break up of his previous band The Prisoners. Since then, he and a revolving lineup of musicians – the current incarnation is guitarist Mark Cox, Andrew McKinney on bass and drummer Pat Illingworth – have taken their smooth jazz-funk sounds all over the world.

The idea for The Rochester Mass came about following a particularly traumatic time for the experienced bandleader, who is originally from Rochester and who now lives near the city’s beautiful cathedral.

“My father was dying and I would go to the cathedral regularly to listen to the choir,” he recalls. “I got very into that organ music and the choral music of the cathedral. I started going there because my dad was very ill and it was extremely painful to watch – and I found that that was helpful.

“Then when I was listening to that sound, I started thinking, ‘I wonder if there’s some way that that would combine with our sound?’ I’ve always felt that what we do is a kind of church, in a way. What goes on in jazz clubs and funk clubs is kind of a mass euphoria that you witness from the stage.

“I felt that what they were doing wasn’t so different from what we were doing, even though ostensibly they were complete opposites, musically. But I felt there was common ground.”

“Yeah, I think that’s fair to say,” says the artist, agreeing with my suggestion that The Rochester Mass is perhaps the first album of its type, the first ever “jazz-funk mass,” if you will. “I don’t think there’s anything else been written like that before.

“It’s always exciting if you feel you’ve stumbled on something that’s genuinely a first, although I didn’t recognise it at the time. I just wanted to mix that sound with our sound and then by experimenting a lot we managed to make it work. That was a bit of a eureka moment because it didn’t work at first…”

When putting together the 10 tracks that make up this ambitious artistic statement, Taylor took ancient Latin texts and wrote new music to put to the words. “Yeah, I had the text of the Latin Mass and worked on bits of music that would celebrate that text,” he explains.

“It felt a little bit like the music was something from the past… That sound is beautiful and the singing’s beautiful, but it all pertains to something from many many centuries ago, and I thought, ‘Why can’t it just be right here, right now?’ I wanted to try and take that ancient thing and make it new.” 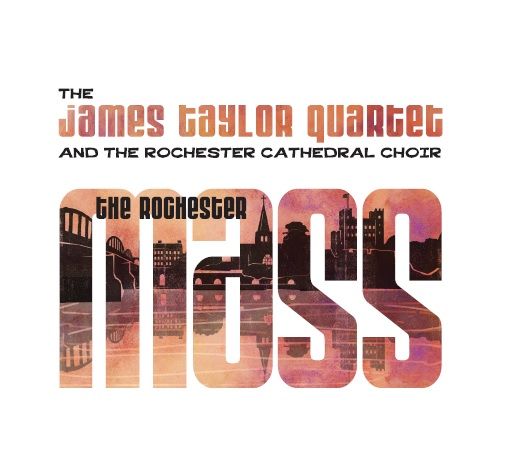 Although the album has been played in its entirety at Rochester Cathedral – and is due to be performed on December 3 at Ronnie Scott’s Jazz Club in Soho – it wasn’t actually recorded there.

“It was recorded in a studio called The Angel up in Islington,” reveals James, “and was done in one go. There’s no overdubs; it was recorded live and the whole process took six hours. It took three years to write, but once we had it there was no problem. It was just a case of getting it on tape and that happened very quickly.” 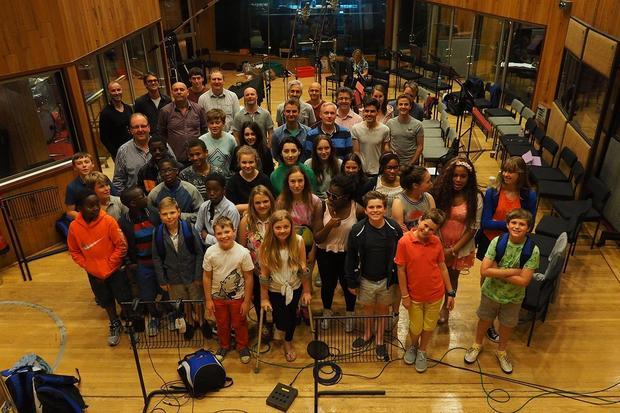 Finally, I wondered if there might be more to come from this new direction. What are the chances of a Rochester Mass Volume 2? “If I was asked to – I was commissioned to do this one – then absolutely,” enthuses Taylor, “because it is something that works.

“That may not happen, in which case I’ll move on to different things, but I like the fact that something has been established. There’s a new template out there that other people can use as well.”

The Rochester Mass will be released via Cherry Red Records on December 4.

The album will be performed from start to finish on December 3 at Ronnie Scott’s in London.