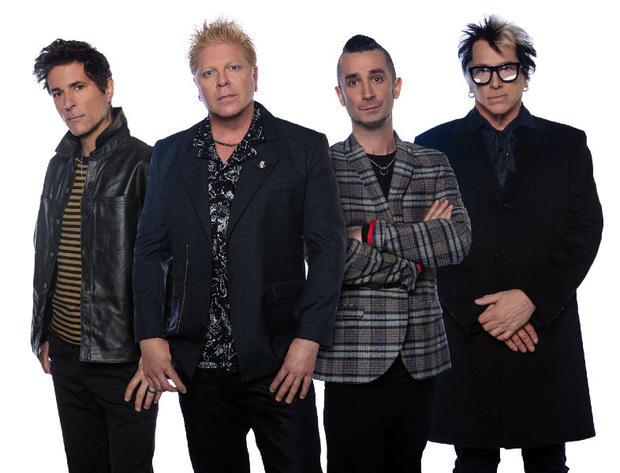 Aside from Dexter Holland, The Offspring is made up of guitarist Noodles, drummer Pete Parada, and bass player Todd Morse. The Offspring has sold in excess of 40 million albums worldwide, won countless awards, and have toured consistently, playing over 500 shows in the last 10 years alone.

On the song selection process for the new album, Dexter said, “I try to write a lot, and I don’t really worry about where it’s going. I let the song go where it wants to go. I record a bunch of material and then, I look at it as a collection, like puzzle pieces, and I decide which songs to put together as an album.”

“Most of the material for this record came together in the last year or two,” he acknowledged. “There was so much going on so there was no shortage of inspiration. The idea of ‘Let The Bad Times Roll’ seemed to really fit, and it summed up everything that was going on in the world. I wrote about such important topics as addiction, mental illness, and the terrible state of the world right now, and that’s what guided the songs.”

He shared that the song “Let That Bad Times Roll” has a heavy message, and it was aggressive. “I wanted to make a chorus that felt almost uplifting,” he said. “While you can focus on the bad things until you make yourself crazy, I think there needs to be some humor in it since humor is a coping mechanism. That’s why we decided to make the chorus uplifting to balance it out.”

Regarding his music and songwriting inspirations, Dexter shared, “I feel like I am an observer. I like looking at what is going on around me, and say ‘wow that’s interesting to write a song about.’ I want to describe something that may need attention or is fucked up.”

On being an artist in the digital age, he said, “It’s interesting. We came up in the CD era, and even before that in the cassette era. It’s a different thing. People are complaining that the artists aren’t getting paid fairly in the digital age, but as a guy in a band, my goal is for my music to be heard. The digital age makes things more accessible for sure.”

“What is amazing to me in this digital age and is how it’s so international for us, in particular, which is great,” he added. “When we premiered the video for ‘Let The Bad Times Roll’ online, we saw people tuning in from all over the world, it was incredible. That was a really cool and powerful thing since we could interact with them in real-time.” 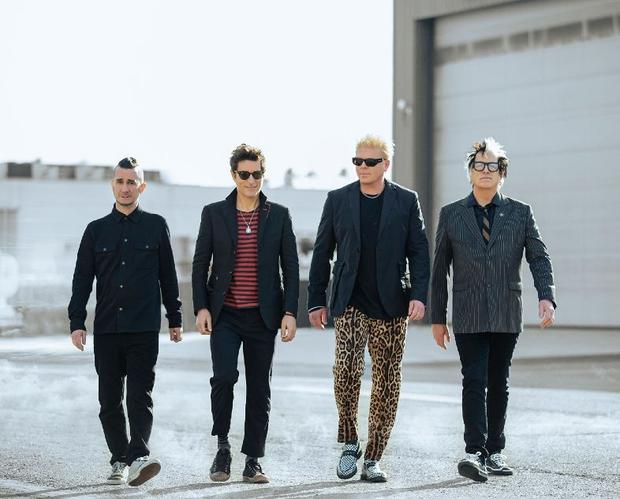 Regarding the key to longevity in the music business, he said, “We love what we do, I guess that’s part of it. We were a band for 10 years before anything happened for us. We did it because we liked to do music. We played punk rock at a time that music wasn’t popular, nobody was going to make a living playing punk rock when we started. We really love doing what we do, that’s the key to our longevity.”

Dexter listed John Fogerty as his dream collaboration choice in music. “I have been lucky to hang out and do things with some of my idols,” he said. “John Fogerty has always been one of my heroes.”

For young and aspiring bands, he encouraged them “not to do it for the money.” “Do it really because it’s something that you like to do, and that goes for anything in life,” he said. “Don’t do something because somebody else wants you to do it, take into account how you feel and your own values, and make your own decisions.”

“Every show is different, it has its own personality, and every city is different,” he added. “Playing shows when things are going off is the ultimate adrenaline, there is nothing really like them. They are just so much fun.”

On the title of the current chapter of his life, he responded, “It’s Full Circle.” “We’ve done it all and we’ve taken a break because of the pandemic, and we put together a record that is different from the last couple of records,” he said.

Dexter defined the word success as “having the freedom to do what you love.” “That’s exactly where we are at,” he admitted.

The album Let The Bad Times Roll by The Offspring is available for pre-order on digital service providers by clicking here. “I hope this album gives the fans hope. If you look at the lyrics, we try to offer hope. It’s not enough just to bitch about what is wrong in the world, you need to offer a solution or something. You need to take what’s bad and do something with it,” Dexter remarked.

The Offspring
Daveed Benito
In this article:Band, Dexter, let the bad times roll, Rock, the offspring