Hollywood is hoping audiences will flock to this summer’s films full of sequels, TV-show remakes and political brain candy. Find out what big-screen blockbusters and indie sleepers are worth your dollar.

Digital Journal — Is Hollywood getting lazy? When the film industry relies on sequels (think Spidey) and cheesy horror tricks (think The Reaping) in late spring, audiences are bound to expect originality during the popular summer season. By the look of the talent gracing several buzz-worthy films, summer 2007 should be a memorable year for Hollywood…and silver-screen aficionados.

It’s the TV-movie combo everyone’s talking about, but no one has any concrete clue of the plotline yet. Fox execs — and Simpsons creator Matt Groening — are tight-lipped about the story behind the highly-anticipated film, for good reason: Simpsons fans are notorious for attacking the show’s writers for anything less than high satire.

A movie like this is review-proof, since legions of fans will storm the theatres as if their entire lives warming their basement couches have built up this moment. One big question remains: Whether the movie flops or flies high, will the woefully unfunny Simpsons show continue? 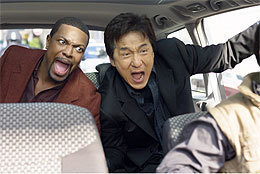 I can already hear Hollywood sighing, “Ah, good ol’ three-quel. Money in the bank.” Judging by the success of films like X-Men 3 and Spider-Man 3, the third flick can reap serious rewards, but do audiences want the same jokes over and over?

If those audiences like the comic chemistry between Chris Tucker and Jackie Chan, the houses should be packed for Rush Hour 3. The tagline boasts, “This summer, they’re kicking it in Paris,” which means Tucker mangling French phrases and Chan whipping baguettes at his enemies. If the duo keeps their momentum chugging for this sequel, expect this franchise to continue drop-kicking our eyeballs until Chan gets arthritis.

Harry Potter and the Order of the Phoenix

In the darkest Harry Potter flick yet, the young wizard must face a troublesome teacher and classmates who view him with disdain. Add a dash of Lord Voldermort (Ralph Fiennes) posing a new threat, and this summer’s kiddie fave will ripple through box offices worldwide.

Movie No. 5 in the Potter series is being released a week before the arrival of the seventh and final novel in the series, Harry Potter and the Deathly Hallows. Maybe fans will feel Pottered out by August, but this marketing tactic could also spark a wizard mania that could leave all other PG films in the dust. 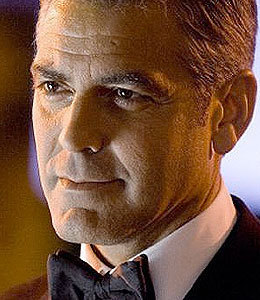 Critics panned Ocean’s Twelve as a “dispiriting vanity project” which suffered “from that modern big-movie vice: overkill.” Ouch. So how does director Steven Soderbergh rebound from wincing criticism? Spice the plot with a double-cross twist, and add some fresh blood in the award-winning form of Al Pacino. The film is already bursting with impressive star wattage — joining Clooney, Pitt and Damon are veteran actors Andy Garcia and Elliot Gould — so celeb watchers will be hungry to revel in all that talent packed into one flick.

Damon recently leaked the story to Entertainment Weekly, saying, “Al Pacino is a big-time Vegas guy who’s building the greatest hotel ever and screws [Elliott Gould] out of his share. So the guys get back together to make sure that the hotel goes down in flames.” It might sound like a ho-hum plot, but Pacino opposite Pitt and Clooney? That’s destined for some kind of Hollywood Hall of Fame.

No matter when you were born, you should know the word “transformers” and the accompanying tagline, “More than meets the eye.” A ubiquitous toy from the 1980s, the Transformers TV show is getting the Hollywood treatment with a $150 million budget and live-action robotics. Josh Duhamel and Tyrese Gibson lend their famous faces to the flick, but the non-humans will truly take centre stage on July 4.

The movie centres on the feud between the Autobots and Decepticons as they bring their destructive battle to Earth. Directed by Michael Bay of Armageddon fame, the film should include enough explosive action to keep those ears ringing into August. 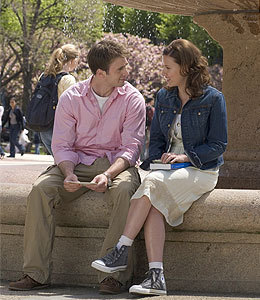 Every summer needs a healthy dose of chick-lit puffery, and this Johansson vehicle should be the perfect girls’ night out. The plot is simple enough — college student babysits a rich family, juggling boyfriends and school — but the casting should give casual movie nuts a double-take: Chris Evans goes beyond the Fantastic Four to play a sporty boy-toy, Paul Giamatti is gold with whatever he touches, and Alicia Keys flashes her Grammy-winning smile in a larger-than-cameo appearance.

Nannies finally get a film to call their own, so Johansson has a lot riding on her pretty shoulders. Just kidding — she’ll be too busy prepping for her other projects in the next two years, including an unnamed Woody Allen feature.

First a John Waters comedy in 1988 and then a Broadway musical, this rags-to-riches story is winning huge buzz for its main attraction: John Travolta in drag. Vincent Vega has never looked so feminine.

Since Waters isn’t involved in this remake, director Adam Shankman has to keep the campiness inherent in the original, about a young girl learning about racial integration on a TV dance show. But Shankman’s past is marred by stinkers — The Pacifier, Cheaper by the Dozen 2, Bringing Down the House. Here’s hoping Hairspray is the lone standout in Shankman’s average career. 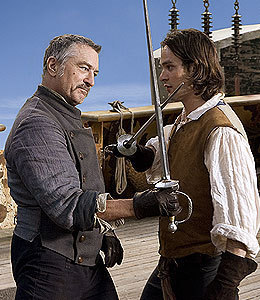 The trailer scores points for originality, which is exactly what a summer release like this should deliver. Its swordplay choreography and imaginative creatures make it look like an ocean’s worth more interesting than any pirate movie starring Johnny Depp.

I know, a late September release doesn’t make The Kingdom an official summer movie but it’s got all the cajones to reel in eyeballs simply based on its premise. The Kingdom is a political thriller about an FBI team investigating the deaths of Americans in the off-limits area of a Middle Eastern province. The trailer is particularly enticing, and if Foxx can keep his Miami Vice suave cool, this power-punch of a film could have people talking about U.S.-Middle East relations as the credits roll. 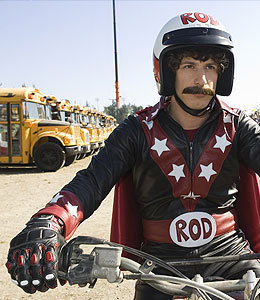 Watch for this film to either propel Samberg to comic-movie stardom or shuttle him down to the Mad TV cast. It’s full of the kind of teen humour easy on the brain, but heavy enough on punchlines to make its capital back through the box office.

You haven’t heard of this film for a reason: no star the paparazzi want to follow, the director is barely known, and the plot focuses on high-school friends and beer-soaked parties. Been there, seen that, right? Actually, this late-summer sleeper has all the ingredients to impact the box office big-time — it stars Michael Cera, Arrested Development‘s George Michael, and producer Judd Apatow is one of the hot and rising stars in the comedy biz. Watch for Superbad to become this year’s Napolean Dynamite. 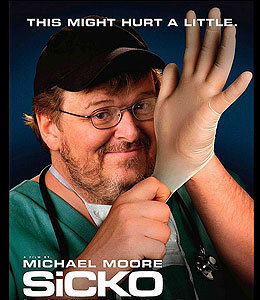 Say what you will about Michael Moore’s filmmaking tactics, his new documentary exposes the flaws inherent in a U.S. health-care system that needs to get the light of a daytime matinee. Sicko investigates health care at a time when domestic policy is increasingly concerned about how to address this ever-important issue. Moore also praises Canada’s universal health care compared to the U.S. high-cost alternative — although several Canadian film critics question his claims about Canada’s “flawless” system.

Sicko is a fine representative of the diversity on display this summer. Perhaps you’re the kind of filmgoer who doesn’t want to think too hard with your popcorn and cola. That’s where Transformers and The Nanny Diaries come in. Or maybe you want some intrigue and action, where Ocean’s 13 and The Kingdom wonderfully fit in. No matter your taste, summer 2007 has a movie to get you out of the sun and into some air-conditioned entertainment.

In this article:Hollywood, previews, summer movies