Spoken word is alive and well in Canada, as anyone in Vancouver would be able to discover this week. Coinciding with Vancouver Poetry Slam’s 15th anniversary, the Vancouver International Poetry Festival is an inaugural event featuring an individual poetry slam competition in the evening and myriad events during the day.

“This festival is going to show people where spoken word has been and where it’s going,” says the festival’s Artistic Director, Sean McGarragle, in a press release obtained by Digital Journal.

Many Canadian poetry legends will be at the fest to celebrate the art of performance poetry. bill bissett, whose poetry has graced hundreds of stages, will display his sound poetry, and San Jose poet Mike McGee will lead a master class on writing. Dub poetry veteran Lillian Allen will lead a showcase of her unique take on spoken word. Also, tonight a show called Mashed Poetics will feature Canadian poets performing pieces inspired by the rock album Led Zeppelin IV.

Poets will also have the chance to flex their creative muscle by taking part in a Haiku Head-to-Head Match, a literary master class with Billeh Nickerson, a show featuring “nerd poetry”, a storyteller showcase with Barbara Adler and Ivan E. Coyote and a late night erotica poetry open mic. A full schedule of events can be found here. 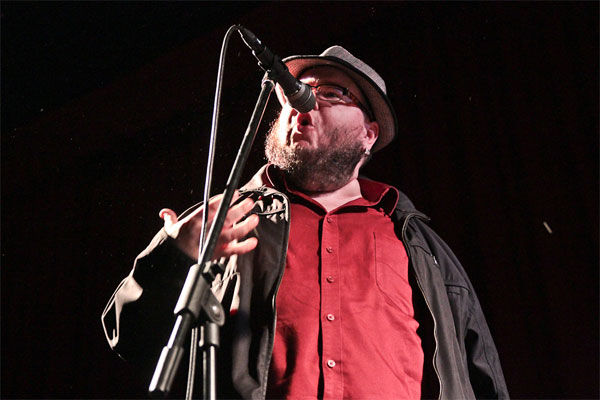 The evening poetry slam competition will pit more than 20 spoken word poets across Canada in order to determine the winner of the Canadian Individual Poetry Slam, as the festival dubs it. In each bout, poets will take the stage and judges from the audience scores each poem between 0 and 10, basing their judgment both on content and performance. The winner after Saturday night’s Finals also receives $1,000.

Many cities across Canada held regional slams to find out who would represent their city in Vancouver. Participating cities include Toronto, Ottawa, Montreal, Calgary, Victoria and many others.

You can keep track of the event and competition by following the fest on Twitter.