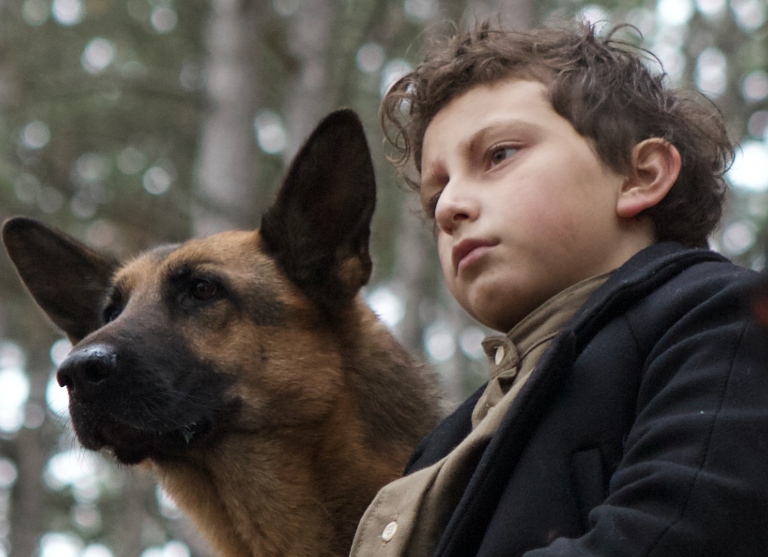 “Shepherd: The Story of a Jewish Dog,” starring August Maturo in the leading role of Joshua, is a compelling film. Digital Journal has the scoop.

In this moving movie, a bond forged by a “man’s best friend,” a beloved dog named Kaleb, is never broken. It is based on the best-selling book “The Jewish Dog” by Asher Kravitz.

Filmmaker Lynn Roth did a solid job with its direction. Most impressive is the fact that it is told from the perspective of the dog. It is set in 1930s Germany, at a time when the Nuremberg Lawas were passed which forbade Jews to own pets.

As a result, Kaleb gets separated from his Jewish family and his young master, Joshua (August Maturo). Kaleb becomes a street dog, is subsequently captured, andy adopted by an SS dog trainer at a Nazi work camp where Kaleb has now been trained to help round up and terrorize Jewish prisoners.

One day when a new trainload of prisoners arrives at the camp, Joshua steps out of the train and reunites with Joshua in a memorable fashion. They both try to escape the camp as they commence a precarious journey to finding freedom.

Overall, “Shepherd: The Story of a Jewish Dog” is a heartwarming and poignant film by Lynn Roth. One ought to have the Kleenex handy.

August Maturo is superb and he steals every scene he is in, and he does everything in a raw and authentic manner. The dog that plays Kaleb is sensational in its own right, and Lois Robbins is remarkable in the role of Greta. It garners an A- rating.

In this article:august maturo, Film, lynn roth, Shepherd: The Story of a Jewish Dog