“Directing A California Christmas was such a wonderful experience,” he admitted. “I was able to work in 2020, so I feel very lucky. On top of that, I was working with friends and people I care about. We were also one of the first films to go into production in California since the pandemic started. We had many challenges to face in order to have a safe working environment.”

“My favorite part was getting to collaborate with people that I love and respect so much. Josh and Lauren Swickard, producer and actor Ali Afshar, cinematographer Brad Rushing and so many more. Anytime I get to work with them I am ecstatic,” he said.

In this film, he reunited with Josh Swickard and his wife, Lauren Swickard. “They are always a dream to work with,” he exclaimed. “They are now a married couple, so I wasn’t sure if the dynamic would change (hey, you never know). What I discovered was such a loving and caring couple that looked out for each other at every turn. They really had each other’s back when it came to their individual performances. It’s refreshing to see and, it was a dream come true.”

Piccinino previously worked with both of these actors in Roped, yet another Netflix film. “I think A California Christmas is definitely a more mature story than Roped in that it deals with some hard life lessons and rising up to meet those challenges. Of course, there’s plenty of lighthearted humor thanks to Ali Afshar and David Del Rio’s performances to balance out the heavier drama. Roped is more about a budding teenage romance. I really enjoyed telling both of these stories and our entire team on both films really made for an enjoyable experience,” he explained.

This was one of the first movies to resume production after COVID. “There were many challenges to face. The biggest challenge at the onset was the safety rules changed frequently. Our team rose to the challenge. It’s that grit that makes working with this team so special. Everyone was firing on all cylinders in no time. We were able to accomplish what we set out to do and more,” he said.

The filmmaker opened up about life during the quarantine. “I think this is a tough time for so many and I feel incredibly lucky to have been able to work on amazing projects in 2020. Plus, having four films released on Netflix this year alone is surreal. I’ve been very grateful and humbled to be able to get through this year with my health,” he said.

“A silver lining, I think, is the way we will get through this together, as humans. All across the world people have, in many ways, come together with the common goal of defeating this disease,” he added.

“A California Christmas is a feel-good holiday film with the humor of a rom-com and the heart of a drama,” he concluded. “I think it has something in there for everyone to enjoy this holiday season.”

To learn more about A California Christmas, check out its IMDb page. 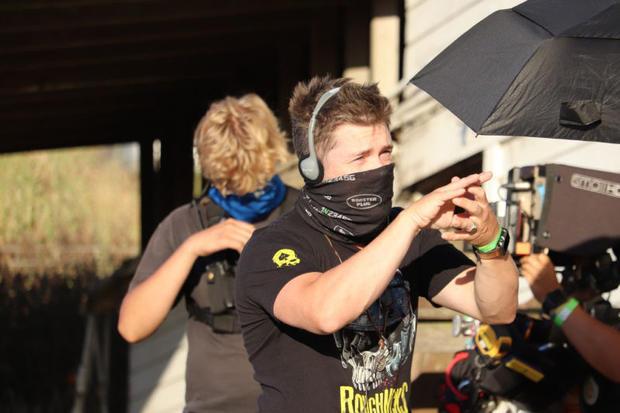