Formed in 2012, Seven Design Works, LLC – thanks to their sublime skills in lighting, production, stage design and other areas – constantly enable such established artists as Paul McCartney, Beyoncé, Lady Gaga, Keith Urban, Nine Inch Nails and Maroon 5 to push the envelope and offer the very best in live entertainment.

The enterprising types behind this exciting endeavour are American music industry veterans LeRoy Bennett and Cory FitzGerald and Swedish artist Tobias Rylander. What is also interesting to note about this ambitious, L.A.-based firm is that its well-travelled members often work on several projects at the same time all over the USA and beyond.

“We’ve just finished the Rock in Rio performance in Las Vegas for Bruno Mars,” reveals Cory, an accomplished lighting designer who, by the time you read this, should be in Spain helping out on a festival show for The Strokes, “which was a big festival, normally held in Brazil, that they brought to Vegas for the first time. We headlined the last night.”

“I’ve also been working with my business partner Tobias, who I think you’re also going to talk to, and helping him out by covering some of his dates with The Strokes. We also designed a tour together for Of Monsters and Men that started in Toronto a few weeks ago.”

I did indeed talk to Tobias, catching up with him in London a few days later. “I’m here to produce a show for a British artist called Hudson Mohawke,” he informs me, “who is a London-based DJ/producer, kind of from the Kanye West camp. He’s produced songs on Kanye’s records and now he’s releasing a new album.

“We premiered the design that I’ve done – a smaller version of it – a couple of days ago in New York, at Irving Plaza, and tomorrow we’re going into production rehearsals to rehearse the festival part of it. Then after that they’ll go on festival and club tours for the rest of the year.”

Discussing his role within Seven Design Works and his specific area of expertise, Tobias states, “I guess my clients are more a part of the alternative scene, which means they are sometimes a bit more artistic – like working with The xx and doing the art installation at the New York Park Armoury and the Congregata show for FKA Twigs. Even though they are smaller clients, it feels quite big! But they have a different audience, I think.”

“I started with lighting – that’s where I come from,” continues the long-haired Swede, proficient in both the trumpet and the harmonica (he toured with rock bands before getting into the technical side of things). “I still love lighting as a medium, but over the years I’ve become more interested in – and enjoyed more – materials and video projection. Nowadays I work more with that.”

“We are primarily a production and lighting design firm,” explains Cory, providing me with more information on what he and his buddies do. “We focus mostly on concert touring and live music events. If an artist is performing at an award show – or has a television appearance – we a lot of times provide the creative for those events, as well as the entire concept and production design for tours.

“Roy, our other partner, has been in the business for over 30 years and works with a lot of the biggest names. I’ve worked with him for almost 10 years on some of those projects, as well as some of my own. It really grew into a company that focused on not only those artists, but also new and emerging artists that we wanted to work with to build our client list, as well as help them develop into bigger touring acts.”

“I met Roy in 2003,” he recalls, discussing the productive working relationship he has with his colleagues, “and Tobias, I believe, in 2011, but I’d known about his work before then and then we met at a trade show. Roy and I met working on a project back in 2003.

“We all bring something different to the table. Roy has the vast experience and amazing creative vision, I’ve been focusing on the programming side of things – more logistics and creation of technical stuff – and Tobias has an amazing connection with his artists and has been doing really creative stuff with them for a long time.

“We all have a very similar concept and aesthetic, I think, so we work well together. We all understand each other and what we can do to help each other, so it’s a good collective of people and ideas.”

Tobias looks back on making the connections that changed his life: “I think I’ve known Roy since 2010 – we were introduced to each other – and I met Cory through Roy. We started seeing each other and enjoying each other’s company, and also we have a lot of the same creative ambitions. I think that’s what Roy saw in me, was that a lot of times we have the same eye for light and aesthetic.”

I wondered how the process of coming up with a design for a particular artist begins and quizzed Tobias for more information. “It’s different every time,” he replies, “but usually it starts with a creative meeting; it usually starts with the artist approaching me after having seen work that I’ve done, or I’ve worked with friends of theirs and they like my process.

“It needs to be a good creative match to work… I ask them for their creative ambition and what they want to achieve with the live show. After that, we usually start bouncing ideas. I ask them to send me any anything that they find beautiful, or that they are drawn to, and then I start sketching. Then I start drawing in 3D when it gets closer to a finished idea that I want to communicate.” 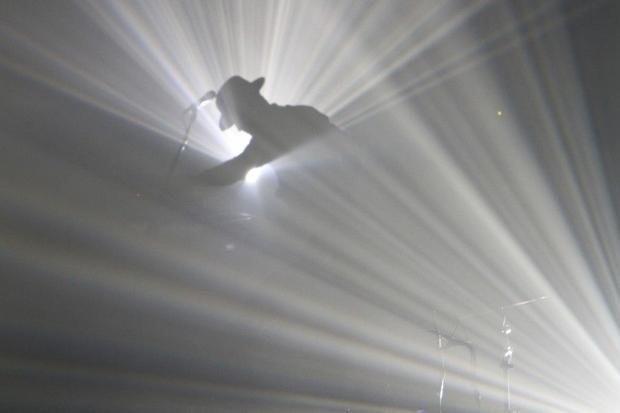 Cory shares his experience of this fairly intensive process: “I would say every event is a little different, but typically we sit down with the artist which is when we get the most direct feedback. Some artists are far more engaged than others, but everyone wants what they want, so working directly with them is the most effective way to achieve that.

“We sit down and go through ideas and concepts, we come back with drawings and more thought-out concepts… It’s a back and forth – it’s like any creative process. We get feedback, do some more work, get more feedback and then eventually it all comes together and we create a show.”

One of the most famous stars this truly global brand – that helped make Beyoncé and Jay Z‘s On the Run Tour the highest grossing tour of 2014 – has collaborated with is the aforementioned Paul McCartney. How did that come about?

“Well, Roy has been working with Paul for quite some time, so that’s a hundred percent Roy’s artist. I’ve come in and helped on a couple of smaller projects that they were working on, but typically that’s been a Roy account since the beginning…

“The acts I generally focus on, such as Bruno, I was brought in by his tour manager – who I’d worked with on another show – and have been there ever since.”

Any upcoming events that Cory is particularly looking forward to working on?

“Yeah, we are putting something together for Mark Ronson right now, who is going to be doing some festival dates in the UK and Australia, as well as hopefully more dates after that. I started working with him when he and Bruno did ‘Uptown Funk‘ and that has been a very interesting process. He’s so multi-talented and his music is so faceted, so I’m hoping we’re gonna get to do some fun stuff with that.”

I wanted to give the last word to Tobias, a busy man who also counts Balenciaga – a major player in the fashion industry – as a repeat customer, and asked him to tell me about some of the more enjoyable projects that he’s been a part of.

“I worked with him on the Maroon 5 tour and we created Joy Williams‘ show design together, which was nice… There is no limit, besides my creativity, to what I can do with my clients, most of the time. 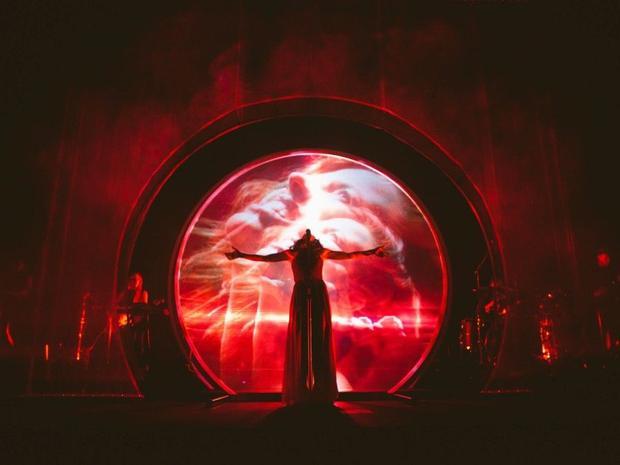