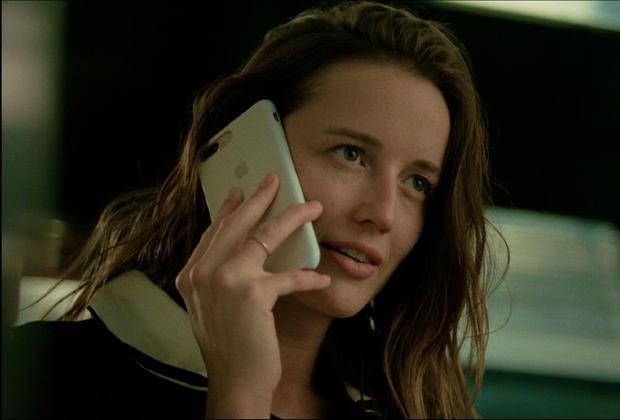 This neo-noir thriller, co-stars Yutaka Takeuchi of the hit TV series The Defenders, has its world premiere at Cinequest 2021. “It was great and a really fun experience,” she said. “We had a small crew, and playing Morgan was an unusual casting choice for me. Usually, I play a love interest or a sexy person, but it was nice to play a softer side of myself. There was a lot of freedom in this role and everybody had fun in this movie.”

This film follows Dave (Yutaka Takeuchi), a taciturn taxi driver, whose night takes an unexpected turn after he picks up a mysterious passenger, Cara (Lexy Hammonds), a young woman that is hiding a dark secret. “Yukata was great, he is very serious about the craft and he is very polite and collaborative,” she said.

As she makes him drive through the city on a series of bizarre excursions, things get more surreal as the night progresses. Dumont plays Morgan, a sympathetic waitress who works at a diner that Dave often frequents, while Johnny Gilligan plays Lenny, an obsessive hitman that pursues our main characters through the night.

On being an actress in the digital age, she said, “I think it’s great. At first, it was really a scary and sketchy thing but it has caught up with the times. The digital age has opened up Pandora’s box, an infinity of possibilities. All it takes is a good story, and viewers will always watch, and they will do that all the way through. It has opened up the golden age of television. I love the whole streaming thing since there are so many more mediums these days.”

She is known for starring in the cult classic Scouts Guide to the Zombie Apocalypse, which was released by Paramount back in 2018. A model and actress, as well as a native of San Diego, Dumont also appeared in Don Jon and she played Kate Miller in the TV series The Oath.

Regarding the title of the current chapter of her life, she said, “2020 Extended Edition.” “It’s the same chapter of everyone’s lives,” she said.

For young and aspiring actors, she encouraged them to “believe that the circumstances and the situations are happening to them honestly, then people will believe it and eat it up.” “If you don’t fall in love with film and TV, then find something else,” she said.

She concluded about the film Drive All Night, “We shot it pre-COVID. Luckily, this is one of those movies that even if you see the trailer, you won’t know what is going on. It’s a true neo-noir film and it is shot beautifully. There are no definitive answers, and it keeps you guessing. It’s a true piece of art.”

To learn more about actress Sarah Dumont, check out her IMDb page, and follow her on Instagram.

In this article:Digital Age, drive all night, Film, Sarah Dumont