Regarding the song selection approach of her forthcoming album, Hymn, Brightman said, “It came after the Russian Space Program, and needed some time for myself. I asked a friend, an opera coach, to work with me. We worked together and I sort of grabbed myself into what I really do, which is singing. After a little while, my producer Frank Peterson called me and told me that it’s about time that I needed to start recording again. I told him that I want to work with really positive things.”

Brightman continued, “I want to feel safe and familiar with the music that I am doing. I told him that I would like to work with songs that create light. I wanted to work with a lot of human beings, so we decided to work with choirs. That’s how we started, and we ended up with a pretty eclectic album of songs that ranged from dance, pop to rock and spiritual music.”

“That was the journey we took,” she acknowledged. “I called it Hymn not only because one of the songs on the album is called ‘Hymn,’ but when I think of the word, it reminds me of hope, light and all things positive. That was my journey into this album.”

Particularly impressive about this new CD is that it features a version of “Time to Say Goodbye” entirely in English. “I wanted to do this because the lyrics are kind of intimate, in that they talk about the bigger picture, which automatically makes one think that one needs to sing something in a grand way. In fact, I felt that as an intimate piece, I had to do this more softly, and I had to do this in English as well,” she explained.

On February 6, 2019, Brightman will be performing at the iconic Radio City Music Hall in New York, as part of the North American leg of her world tour. “I love Radio City because of its history, and the way that it is,” she said. “The audience is in a theater, but they are in really a big theater. It’s very grand and it’s luxurious. I go to Radio City often and I always feel really comfortable there because I am watching something really important. I have sung there twice or three times before and it has always been an amazing experience,” she said.

Each day, Brightman shared that she is motivated by “everything.” “I feel lucky that I get to breathe, that’s one thing,” she said, with a sweet laugh. “I am very motivated by the human beings around me, their interests and what they have to say. Music is a force, and you need energy for it, which I have a lot of. I love to sit and think. I love to get to a lovely bed, watch a movie and get to sleep. Everything is nice,” she said.

On the impact of technology on the music business, Brightman said, “As musicians, it can be very difficult for us all. Of course, I don’t have to state the obvious here. On the other side of the coin, technology has created much more platforms and different ways for us to convey our messages to the public through our music. That’s the great thing about it.”

Brightman continued, “Artistically, technology is a wonderful thing as well. You can create all sorts of beautiful things through that medium, and people that may have not even heard of you and don’t even know your work may get introduced to it thanks to technology.”

She expressed that she loves the resurgence of vinyl. “My brother has a huge box of vinyl, and we have been playing vinyl for the past year. It has been such fun,” she said.

Brightman had nothing but the greatest remarks about working with classical crossover artist, tenor Mario Frangoulis, and their duet “Carpe Diem.” “Mario is lovely. He is a friend of mine and he is such a nice guy. He has a lovely voice, which fits between the operatic and the more pop area. He is a really sweet man,” Brightman said. “We sang ‘Carpe Diem’ together for a TV special, and it came out beautifully.”

On her definition of the word success, the acclaimed songstress concluded, “I feel successful within myself. You can have all the success in the world, but if you don’t believe in yourself, in some way, it doesn’t really mean a lot.”

Hymn by Sarah Brightman is available for pre-order on iTunes.

For more information on classical crossover soprano Sarah Brightman, her new music and tour dates, check out her official homepage. 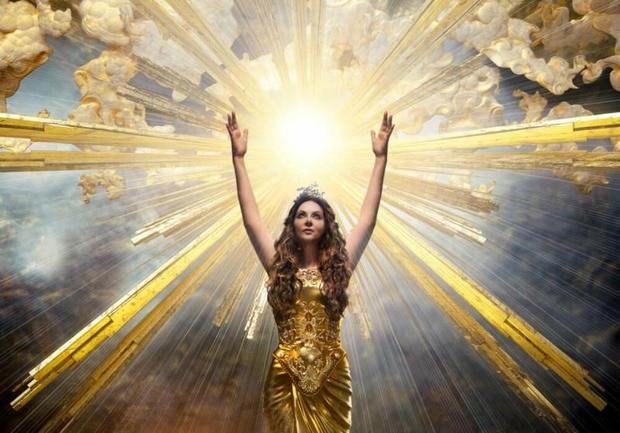