2015 marked half a century since Donovan Leitch, inducted into the Rock and Roll Hall of Fame in 2012, released his first single, “Catch the Wind,” and his first album, What’s Bin Did and What’s Bin Hid. The rock/folk legend, a friend and contemporary of other ’60s acts like The Beatles and The Rolling Stones, spoke to me from a small recording studio in Spain.

“In Majorca, we have a little place,” he explains in his energetic tones (the star spends part of the year in Spain and part of the year in Ireland, but also travels around a lot). “There’s also a lovely studio here and I’ve been working off and on on my archive. About seven years ago, I started looking at the archive and I couldn’t believe it – 400 multi-tracks and 300 two-tracks and costumes and guitars and all this stuff…

“So I dived into it and am just coming to completion now. I’ve found 200 songs that I forgot I wrote! I jumped into Morgan Studios in 1970, ’71 and ’72 and did what I started calling ‘The Endless Demos,’ but they’re more than demos.

“I’ve accumulated an enormous amount of material that nobody’s heard and it’s just about finished. Linda, my wife and muse, said, ‘I think you’d better stop recording; you haven’t caught up with even hearing what you did in the last 50 years!’

“It’s been quite an experience, and actually I’ve completed a brand new album which is going to be presented this year sometime… I began in ’65 as you know and I’m continuing into 2016. I’m feeling good. I’ve still got my hair, I’m not overweight and Linda still loves me and I love her, so I can’t really grumble in any way whatsoever.” 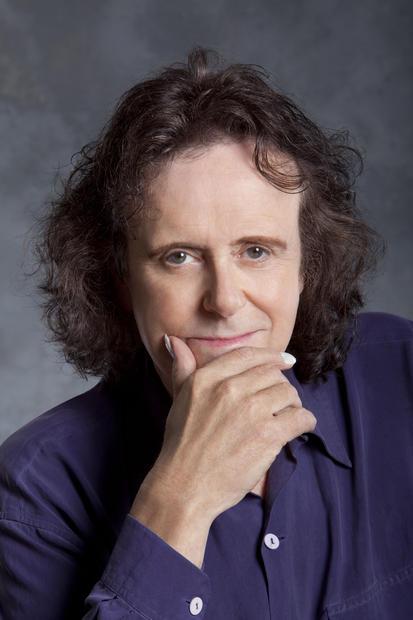 Revealing how his upcoming birthday bash at the Palladium came about, the first high-profile musician to be arrested for marijuana possession (in 1966) states, “People said, ‘What do you think about it? You’re 70’ and I said, ‘Well I’m not the kind of guy that was counting.’ It crept up on me…

“But 70, my goodness, and when my dear promoter friend, Alan Wise, in Manchester said, ‘Well we did 33 concerts last year in the UK as part of the celebrations, what do you want to do for your birthday?’ I said, ‘What have you got?’ He said, ‘Somebody’s asked if you would like to play the Palladium’ and I said, ‘Well let’s have the birthday there.’

“My party is on May 6 in the London Palladium, but my birthday really is May 10… I thought, ‘What shall I do for me birthday?’ and Linda said, ‘Why don’t you call up Danny Thompson?’ Danny Thompson is a great concert bassist who’s played with everybody and he said, ‘Yeah, okay.’

“Then I called John Cameron. John was the arranger for many of the great recordings I made in the ’60s, and he’ll play piano. Danny Thompson said, ‘What do you want to do?’ and I said, ‘Well I would like to do a party where I present my hits and everything that goes with them, but at the same time explore the sound of the early jazz, blues, folk world of London.

“Danny said, ‘You need a drummer. There’s a new master on the scene in London called Gavin Harrison and he’s the business.’ So it’ll be very acoustic and I’ll make a little stage on the stage, like a little jazz club, and we’ll call it ‘Beat Cafe.’ I’ll tell the stories and Danny, John and Gavin will help me do the hits. It’s very natural and it’s pretty much the way the music of the ’60s began. By the way, shades and berets are optional!”

To bring the proceedings to a close, I suggested to the still-popular tunesmith, who estimates he must have written at least 700 songs since he started out, that the average listener perhaps knows more of his timeless compositions than they think they do, as is the case with fellow hitmakers, Frankie Valli and the Four Seasons.

“Yeah, they’ve kind of filtered into people’s consciousness,” he agrees, “and you don’t actually put a name to it. My songwriting, if you look at the 11 or 12 very popular songs, the difference between them is quite extreme, whereas with many artists every song has kind of an imprint of their last song and you know who it is, but my work changes from one to the other. It’s interesting you say that…”

Donovan’s 70th birthday concert, featuring a yet-to-be-announced opening act, will take place at the London Palladium on Friday, 6th May. He will also be appearing at the following UK festivals: