Byrd was a 2015 Rock and Roll Hall of Fame inductee with Joan Jett and The Blackhearts. He is also a veteran singer-songwriter and guitarist.

Sobering Times is produced by Ricky Byrd and Bob Stander and it continues his mission to deliver the message of hope to those recovering from addiction. He expresses the roller coaster of emotions and every day trials of recovery, from hitting rock bottom, to the gratitude of surviving and thriving in a sober life.

“I started writing the songs after Clean Getaway was finished and put out. I wound up with 17 songs and I narrowed it down to 12 songs,” he said. “I have some songs that I didn’t finish in the studio, and I had a few others that I finished that will be bonus tracks.”

In this album, he is joined by an all-star cast of musicians: Bob Stander, Jeff Kazee of Southside Johnny and the Asbury Jukes, Steve Holley, Liberty DeVitto, Rich Pagano, Thommy Price and Christine Ohlman, who is known as “The Beehive Queen.”

In addition, he joins forces with Richie Supa on “I Come Back Stronger” and Willie Nile, who duets with Byrd on “Recover Me,” as well as Emily Duff, who co-wrote “Ain’t Gonna Live Like That”; moreover, he recorded a cover of country legend Merle Haggard’s “The Bottle Let Me Down.”

He listed “Hear My Song” as his personal favorite tune on the album. “I love that one,” he admitted. “Most of these songs are the ones that I play in treatment facilities when I do my recovery music groups, and that one I always play. Also, the final song ‘Just Like You’ has a lot of meaning, especially in treatment. As a rock and roll guy, I love ‘Tired,’ and I just love them all otherwise they wouldn’t be on there.” 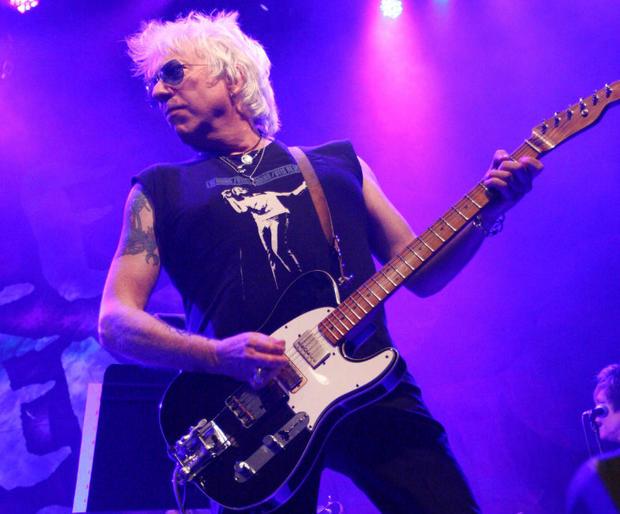 The album’s release coincides with the 33rd anniversary of his sober journey. He has battled addiction and has served as a recovery coach and drug and alcohol counselor that visits schools, rehabilitation facilities, as well as detention and detox centers to perform, talk, and lead recovery music groups.

Byrd dedicates Sobering Times to all the people that struggle with addiction, as well as the recovery warriors who help those who are struggling, those that support a clean and sober lifestyle, as well as those that still love rock and roll.

“Musically, my sound is a product of everything I listened to when I was 14 years old. I wear my influences on my sleeve,” he said. “The lyrics are a celebration of my 33 years of sobriety, which will be next week. If you are struggling, reach out for help. You don’t need to live like that anymore. There is a solution out there, it’s not a dead-end anymore. There is a whole world out there. Life will change beyond your wildest dreams.”

“I am trying to use music as a vehicle to help people that are struggling and tell them that they don’t have to live like what anymore, which is actually one of the titles on the record ‘Ain’t Gonna Live Like That.’ All of the lyrics come from my experiences and other people’s experiences that I’ve heard all of this time.”

On the title of the current chapter of his life, Byrd responded, “Fabulous Third Act.”

Throughout his hallowed career in the music and entertainment industry, Ricky Byrd is best known for his time with Joan Jett and The Blackhearts, though he has recorded and played with fellow veteran rock star Roger Daltrey of The Who, and toured with Ian Hunter and Southside Johnny and the Asbury Jukes.

He defined the word success as “when somebody messages me on social media and tells me that I am helping them stay clean and sober.”

To learn more about Ricky Byrd and his new album Sobering Times, check out his official website. 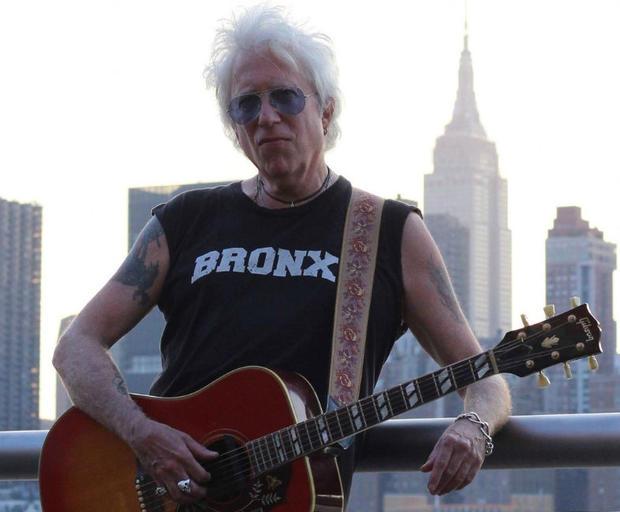