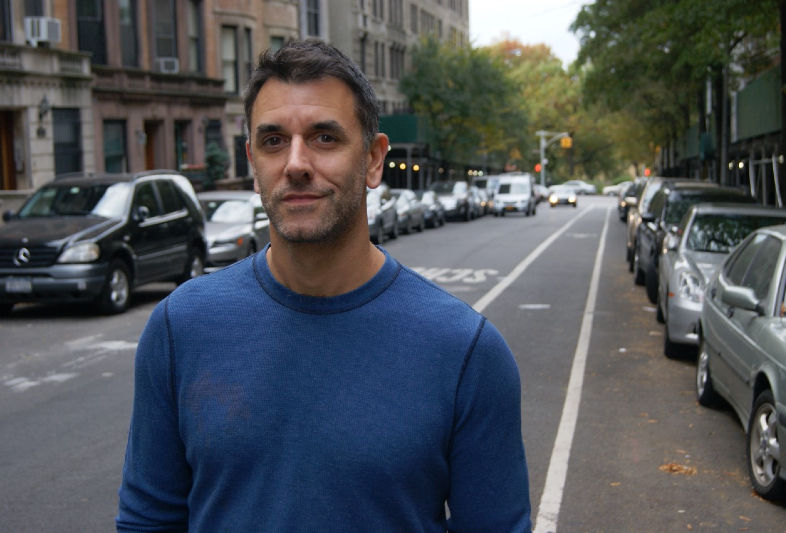 On his inspiration to write All the Way to Wrightsville, he said, “Writing a novel has been on my bucket list since I was 20. I am a screenwriter, so I never made the time to actually sit down and make it happen… until now. The story was something I had played around with for years and I felt that the novel was the best exploration of that.”

“My favorite part of the writing process was actually the most difficult,” he said. “Editing. It’s funny because, in my film career, editing is also my favorite part of the process because you see things come to life in front of you. Much the same happened with this book. Editing a novel was grueling because my editor was ruthless. She didn’t candy-coat things. Because it’s my first novel, I had to accept that she knows more than me and just do the work.”

“Her notes brought more out of the story and frankly, out of me as a writer so I had to acknowledge her impact. I don’t think I ever would have come to the final edit on my own. Editors are essential,” he added.

Regarding his daily motivations as an author, he said, “I’ve always thought of myself as a storyteller more than a writer. So, I would have to say that whether it’s a novel or a screenplay, just to tell a story is a wonderful way to pass the time. I have so many stories or bits of stories that I always want to piece together, so that, in itself, is a driving force.”

On being an author in the digital age, at a time when streaming is so prevalent, he said, “I think it’s a tremendous moment for all artists in the current climate. Everything is digital these days and technology is in the palm of our hands, literally. The only thing holding you back is you. So, there’s freedom in that. You don’t need permission to make art. I love that.”

For young and aspiring artists, he said, “As a filmmaker, I am asked that often. My advice is to just write, or make a movie, or paint a picture, or whatever it is that you want to create. Just do it. For writing in particular, you have to know that writing is re-writing, so the pressure is alleviated. Take the first step and just begin telling that story. The rest will come.”

On his definition of success, he said, “Success truly means something different to everyone. To me, it’s about having the opportunity to live how you want to. I make movies for a living and now I have a novel that I wrote. I feel lucky to live surrounded by art and by artists. But more importantly to me, are the little things. I get to spend a lot of time walking my dogs and eating good food. It sounds too simple but I’m probably simple-minded, so it works for me.”

For fans and readers, he concluded about All the Way to Wrightsville, “It is a look at a young man who wants to run away from what he feels is holding him back in his life. But ultimately, you can’t outrun yourself. It’s both an emotional, as well as a real physical journey for this guy and his quest to find himself. There’s a lot of laughs and genuine emotion along the way as well.”

To learn more about filmmaker Richard LeMay, check out his official website.

In this article:All the Way to Wrightsville, Book, Filmmaker, Richard LeMay