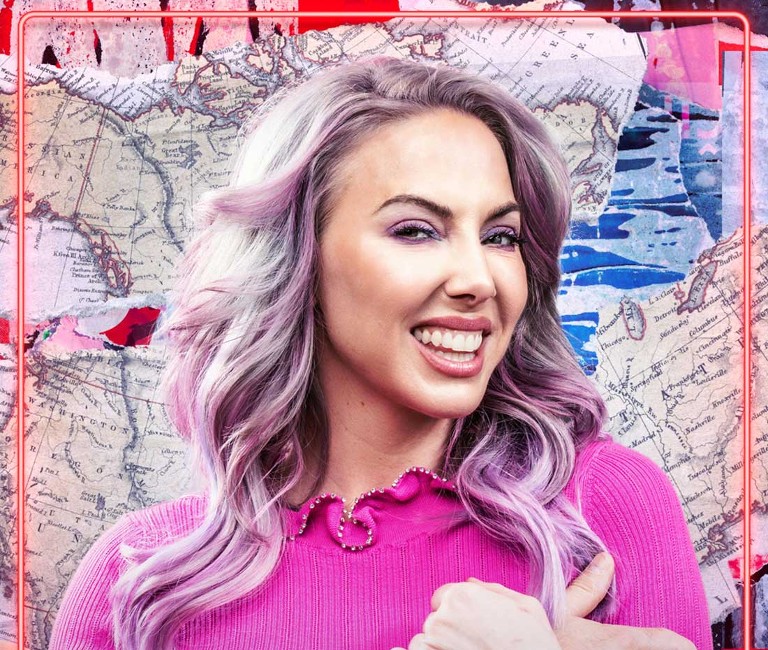 On May 21, acclaimed comedian Whitney Cummings headlined The Paramount in Huntington on Long Island as part of her “Touch Me” Tour.

Cummings is touring as part of her “Touch Me” stand-up comedy tour. The fall leg of the tour will span more than 25 cities and will feature Cummings’ signature take on the current culture and the return to touring after the COVID-19 pandemic.

She kicked off her Paramount set expressing her support for young female comedians, and how she sucks their blood to stay young. She revealed that the last time she was at The Paramount she was “engaged,” however, her personality handled that.

Cummings acknowledged that after a certain age, her friends inquire and worry about her physical health. She described herself as a “late bloomer” and stated that she finally figured out what she wants in a man. She shared her thoughts about her being the one to someday propose to a man, and she offered her opinions on the 23 and Me: DNA test.

As a result, she is single again, at 39, and she noted that she is into older men (typically over the age of 60). She went on to poke fun at disgraced rapper R. Kelly.

Her set at The Paramount in Huntington was witty and clever. It garnered two thumbs up.

“Touch Me” is a play on Cummings most recent Netflix special, “Can I Touch It” and will destigmatize and celebrate the importance of being together again after over 14 months of isolation.

The beautiful thing about the phrase “Touch Me”, is that it has multiple meanings: the most obvious of course, is physical touch but there is also being touched emotionally, intellectually, and spiritually. Cummings will cover it all.

Hailed as “the reigning Queen of American stand-up,” Whitney Cummings is one of the preeminent comedic voices currently working as a stand-up comedian, actor, writer, producer, and director. Best known for creating and starring in the NBC series “Whitney,” she also co-created and co-wrote (with Michael Patrick King) the Emmy-nominated CBS comedy series “2 Broke Girls.”

In 2019, Whitney launched her own podcast titled “Good For You” and debuted her fourth stand-up special, “Can I Touch It?” on Netflix. Previous specials have debuted on HBO and Comedy Central.

The film details the inner workings and complex power of brain chemistry among couples at different stages of their relationships. It premiered at the Los Angeles Film Festival and was distributed by IFC.

On the big screen, Whitney was last seen in “Unforgettable” for Warner Bros. Past feature film credits include “The Wedding Ringer,” “Made of Honor,” and “The Ridiculous Six.” Whitney has appeared in such series as “Undateable,” “Workaholics,” “Maron” and the Comedy Central Roasts, which have solidified her presence in comedy television.

She has made countless other television appearances on talk shows such as “Watch What Happens Live,” “The Tonight Show with Jimmy Fallon,” “The Kelly Clarkson Show,” “The Late Late Show,” and she’s appeared on and guest hosted “Jimmy Kimmel Live.” The continued success can be attributed to one thing, as explained by Glamour Magazine: “One thing has remained constant in this career: Whitney says it as it is, …and OWNs stand-up comedy.”

Whitney is presently touring the United States following the success of her sold-out Codependence Tour.

To learn more about Whitney Cummings, check out her official website.