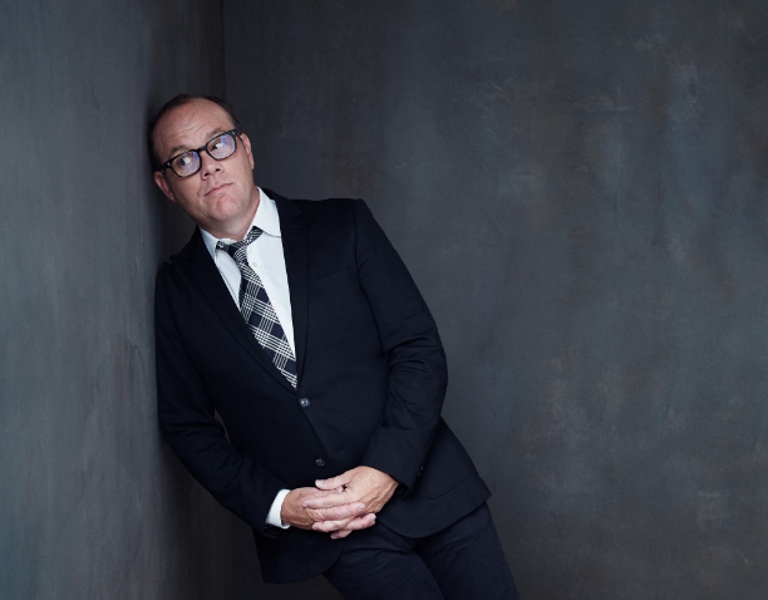 On April 22, comedians Tom Papa and Jon Fisch performed at The Paramount in Huntington on Long Island, and they were both superb.

Jon Fisch was able to warm up the stage for Papa with his clever and hilarious opening set that was warm and relatable, which included jokes about family and COVID.

With more than 20 years as a stand-up comedian, Tom Papa is one of the top comedic voices in the country finding success as an author, in film, TV, radio, and podcasts as well as on the live stage.

He recently released his second book, “You’re Doing Great! – And Other Reasons To Stay Alive,” which was the follow-up to “Your Dad Stole My Rake: And Other Family Dilemmas,” making “Summer Must-Read” lists from Parade Magazine to The New York Post. He is also a contributing writer to the New Yorker Magazine.

When he took The Paramount stage, he was greeted with a standing ovation from the Long Island audience. He shared that he flew from Los Angeles this morning to Long Island and this marked his first flight with no mask on, so the first thing he smelled was Long Island.

Papa went on to poke fun at his wife and family members, as well as pugs, and other witty jokes pertaining to the COVID pandemic. Papa had the Long Island audience with him every step of the way, and he is highly recommended seeing live when he comes to town. Along with Jon Fisch, they were both absolutely incredible at The Paramount in Huntington, New York.

His other critically acclaimed specials include Human Mule, Freaked Out and Tom Papa Live in New York City, two of which were directed by Rob Zombie. He is a regular guest on The Joe Rogan Experience podcast and Tom’s own podcast, Breaking Bread with Tom Papa, features Tom and his guest for an hour of eating, drinking, and enjoying life. Listeners are invited to take a seat at the table as Tom and his guests celebrate the true meaning of breaking bread with insightful, revealing, and always funny conversations.

Papa is the host of the daily Netflix radio show, What A Joke With Papa And Fortune, on SiriusXM’s Netflix Channel, airing Mondays through Thursday. He also hosts the hit SiriusXM show, “Come to Papa” with residencies at Largo in Los Angeles and The Village Underground in NYC.

As a film and television writer, Papa’s credits include the Rob Zombie film, The Haunted World of El Superbeasto, the Jerry Seinfeld film, Bee Movie, and the TV series Red Oaks, The Marriage Ref, and Come To Papa.

When not touring the country, he lives in Los Angeles with his wife, two daughters, a cat, and a dog where he spends most of his time writing and baking bread.

To learn more about Tom Papa, visit his official website.