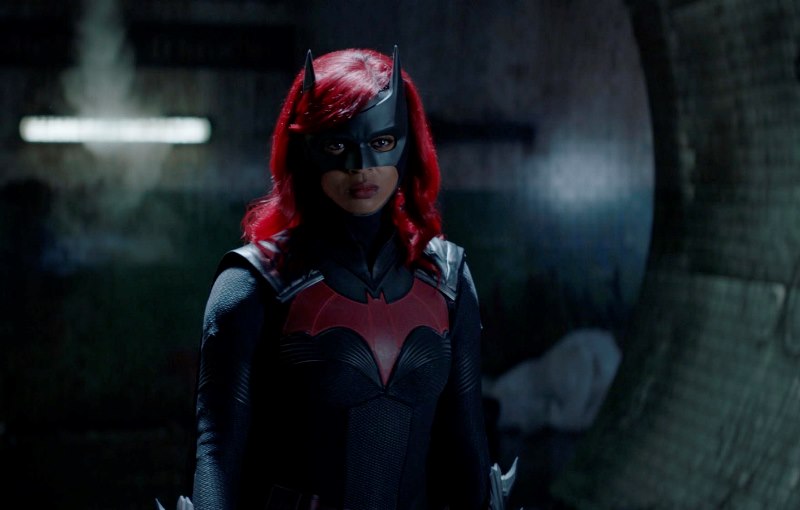 This week’s releases include a new season with a new hero; classic genre pictures from a lesser-known contributor; and a heartwarming baseball movie.

At the end of the first season, Crows Commander Kane (Dougray Scott) had declared war on Batwoman, forcing everyone around them to choose sides. Season two kicks off with a major game-changer that alters Gotham City and The Bat Team forever. A new hero emerges from the shadows. Relatable, messy, loyal, and a little goofy, Ryan Wilder (Javicia Leslie) couldn’t be more different than the woman who wore the Batsuit before her, billionaire Kate Kane (Ruby Rose). Living in her van, Ryan has been made to feel trapped and powerless by the system her whole life and believes the Batsuit is the key to breaking out of it. But what she’ll come to discover is that it’s not the suit that makes Ryan Wilder powerful, it’s the woman inside of it who finds her destiny in changing Gotham City for good.

When it was announced Rose wouldn’t be returning to the Batsuit after the first season, there was wide curiosity about how the series would replace the actress and move on from the character since the key conflict was a sibling rivalry between Kate and Alice (Rachel Skarsten). Somewhat surprisingly, but understandably, the show borrows some classic changeover techniques used in soap operas to make the transition work. Ryan is a more relatable Batwoman, though she’s experienced exceptional hardship, which informs the loyal justice-seeker she is today. With two key Black characters on the show now, writers use several episodes to introduce issues of incarceration, police harassment and violence, and distribution of social resources. Some of it feels a bit forced, but also unavoidable if they’re going to respect and develop the characters. Alice’s arc takes a drastic turn this season, but she grows to be an even better central personality.

A mob boss hires an ex-Nazi scientist to reanimate his dead thugs in Creature with the Atom Brain. An auto-accident survivor is used as an experimental subject to create a vaccine for nuclear fallout with hair-raising side-effects in The Werewolf. Treasure hunters get more than they bargained for in the search for a cargo of diamonds that went down with a sunken ship when they discover the zombified crew members are guarding the loot in Zombies of Mora Tau. Meanwhile, an enormous bird from outer-space descends to chow down on the people of planet Earth in The Giant Claw.

When most people think of ‘50s genre pictures, they typically think of Hammer Horror or Universal Monsters, but Sam Katzman was also playing in the arena of unusual and scary stories. Many of these pictures capitalized on people’s fear of medical experiments and radiation. Both Creature with the Atom Brain and Zombies of Mora Tau deal with people no longer in control of their bodies with the former using its automatons for revenge and the latter destined to forever guard a hidden treasure. Zombies also demonstrates an interesting approach to filming underwater sequences. The Werewolf features impressive make-up effects as the man’s transformation is shown in stages of becoming more or less hairy. With a limited budget and special effects restrictions, The Giant Claw is the silliest of the pictures as the giant turkey-like creature doesn’t at all match its description and isn’t very convincing once fully revealed.

Conor O’Neill (Keanu Reeves) is a down-on-his-luck gambler in debt to dangerous loan sharks. Desperate for cash, Conor reluctantly takes a job coaching a youth baseball team. The “team” turns out to be a ragtag group of tough-talking kids from Chicago’s inner city. Secretly, Conor plans to desert the team after he wins a big bet. But the stakes are higher than Conor imagined: the kids need someone to believe in. As Conor wrestles with his past, the kids start to teach him some lessons that will forever change his future — that responsibility and trust must be earned and hope can appear in the most unlikely places.

This movie follows the traditional child-centred sports movie formula where both the coach and the kids learn from each other and find new purpose. Conor is a gambling addict that has no business looking after anyone’s kids for any amount of time. Yet, he puts in more than the minimal effort, chasing down players and convincing people to let them play. However, this recreational activity matters so much more to the kids as for some of them, it’s the only thing that stands between them and joining a gang. These kids’ lives are much more difficult than Conor’s and they deserved a coach who cares, which he eventually grows to be after an inevitable stumble. As is also the case when depicting inner-city kids, tragedy strikes to hammer home the hazards they face and importance of the program. Reeves fits as the desperate gambler who’s really a nice guy deep down, while the kids are all wonderful and draw viewers into their story. Special features include: commentary by director Brian Robbins and writer John Gatins; deleted scenes; making-of featurette; “Hardball” music video; interstitials; and theatrical trailer. (Paramount Home Entertainment)