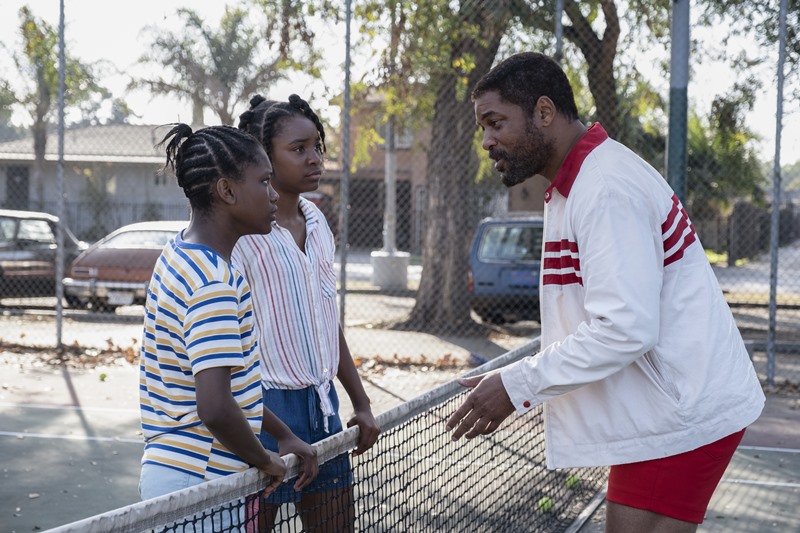 This week’s releases include a true story of perseverance; a series about sports entertainment; a complex moral dilemma; a faithful video game adaptation; a nightmare rooted in reality; a bloody slasher; and a kung fu antihero.

When Shaolin disciple Kuan Fung Yi (Sheng Fu) takes a job at a textile factory, he soon becomes embroiled in a bitter and violent clash with the rival Manchu clan who run a neighbouring mill.

This is one of many kung fu movies released by Shaw Brothers Studio. It expectedly has several fight scenes in which its protagonist takes on multiple assailants from enemy gangs. These sequences are quite impressive and fast-paced. When the story begins, Kuan is a fish out of water when he leaves the country for the city. However, he sees a lifestyle of comfort and fashionable accessories that he works to obtain. Consequently, he stops defending his fellow workers from abuse and their corrupt employer. His change of heart also transitions his character from hero to antihero, complicating the narrative and how viewers relate to the story and its personalities.

“Heels” is a story about the men and women who chase their dreams in the world of small-town pro wrestling. Set in a close-knit Georgia community, it follows a family-owned wrestling promotion as two brothers and rivals, Jack Spade (Stephen Amell) and Ace Space (Alexander Ludwig), war over their late father’s legacy. In the ring, someone must play the good guy (Ludwig) and someone must play their nemesis, the heel (Amell). But in the real world, those characters can be hard to live up to — or hard to leave behind.

Much like its too short-lived, all-female counterpart, Glow, this series follows its wrestlers inside and outside the squared-circle, though the external goings-on are more dramatic than anything happening in the ring. Jack is a good promoter with a lot of big ideas, but he lacks a respect for his wrestlers — especially Ace — which comes back to bite him more than once. Former Arrow star, Amell, is a loving father when he can find the time to be with his family, but the league and his abusive upbringing makes him a hard man — hard to talk to and ready to make the hard decisions. Ludwig is the typical younger sibling who constantly messes up and is regularly bailed out by his big brother, usually against everyone’s advice. The season finale is chocked full of surprises, which should lead to an exciting return.

There are no special features. (Lionsgate Home Entertainment)

Armed with a clear vision and a brazen 78-page plan, Richard Williams (Will Smith) is determined to write his daughters, Venus (Saniyya Sidney) and Serena (Demi Singleton), into history. Training on Compton, California’s abandoned tennis courts — rain or shine — the girls are shaped by their father’s unyielding commitment and their mother’s (Aunjanue Ellis) balanced perspective and keen intuition, defying the seemingly insurmountable odds and prevailing expectations laid before them.

Venus and Serena Williams are tennis legends, but as most people know, getting to that level of play involves a lot of hard work. The sisters have been practicing since they were children, but this film highlights their efforts through the eyes of their father, who drove and nearly potentially ended their athletic careers. Richard is shown to be a determined man with specific goals and those who stray from his plan feel his wraith. The film’s depiction of Compton and the hardships/dangers experienced there seem somewhat downplayed. The focus is the girls’ training and slow rise in the ranks. Consequently, since it’s from their father’s perspective, the angst the girls experienced under their dad’s strict tutelage is also generally glossed over unless it’s pertinent to the narrative. Nonetheless, this is a powerful and unique story of triumph, even if it’s only putting its best foot forward.

Raccoon City, which was once a booming home of pharmaceutical giant Umbrella Corporation, is now a dying Midwestern town. The company’s exodus left the city a wasteland…with great evil brewing below the surface. When that evil is unleashed, a group of survivors (Kaya Scodelario, Robbie Amell, Hannah John-Kamen, Tom Hopper, Avan Jogia, Donal Logue and Neal McDonough) must work together to uncover the truth behind Umbrella and make it through the night.

This film reboots the franchise by going back to the beginning, adapting the first two Resident Evil video games into a movie. The original characters are brought to life by an enthusiastic set of actors as they explore two classic game locations: Raccoon City Orphanage and Spencer Mansion. The painstaking efforts made to be loyal to the source material are outlined in the bonus features and are quite impressive, from detailed sets to exact replica monsters and concentrated swarming scenes. Players will appreciate the many elements drawn from the games, while those less familiar can still see the homage to video game styles and design. Horror veterans may not be phased by the hordes of infected and intense attacks, but they will appreciate the make-up design and mix of practical and digital effects. It’s not as good as some of the other films in the franchise, but it definitely succeeds in its aim to faithfully bring the game to the movie screen.

Special features include: “Replicating the DNA”; “Cops, Corpses and Chaos”; and “Zombies, Lickers and the Horrors of Resident Evil.” (Sony Pictures Home Entertainment)

A former special agent, Ki-hun Min (Gong Yoo), is called in for a secret mission: safely escort the world’s first human clone, Seobok (Park Bo Gum), whose body may hold the key to defeating death itself, to a secure facility. But as the enemy closes in, the pair is forced to make an impossible choice.

As bio-tech continues to advance, many worry about the moral dilemmas that may arise from experimenting on conscious beings. This idea of using humans or human-like creatures to harvest organs and other parts is not a new one, though after years of numerous iterations it hasn’t lost its distaste. When Min is permitted to observe his precious cargo, he’s struck by its humanity but immediately told not to view it in that light — it’s not human. The side effect of genetically modifying human DNA is an interesting one and somewhat levels the playing field since this captive being is naïve but not entirely helpless. The bond that forms between Min and Seobok is organic, making it believable while also putting the agent in a position to reflect the audience’s feelings about the experiment.

Tormented by recurring nightmares of a place she has never been, Marlene (Sandra Hüller) cannot help but investigate when she discovers the place is real. Once there, she suffers a breakdown and is admitted to a psychiatric ward. Determined to discover what happened to her, Mona (Gro Swantje Kohlhof), her daughter, follows and finds herself in Stainbach, an idyllic village with a dark history. What is it that so tormented her mother, and the people of Stainbach? What is the source of the nightmares she suffers? And who is the mysterious Trude that lives in the forest?

The film begins with terrible nightmares that go beyond what the average sleeper endures. It’s clear early on that Mona does most of the adulting in the house, which has largely impacted her own social life. When the hospital calls, she rushes to the small town to find her mother paralyzed by fear. Determined to find a cure for her, Mona conducts her own investigation of the old hotel that’s invading her mother’s dreams. Everything about the place is creepy, including its owners — descendants of the previous proprietors who all died by suicide. The further Mona digs, the more nefarious the cover-up until she is pulled into her mom’s potential madness. The bonus features reveal part of the tale is based on a Grimm fairy tale, which is incredibly dark but very pertinent to the narrative. Filmmakers successfully build an atmosphere of dread that follows Mona through every scene before delivering a gripping final act.

A violent string of murders terrorizes a small apartment complex in Los Angeles. The culprit is a mysterious masked man determined to use every tool at his disposal to make “immoral” women pay.

Unlike some other popular horror movies of the ‘80s, this one is inexplicably brutal from the outset as the murderer violently dispatches a string of random women over two nights. The hook is each one is murdered using a different tool from the box he carries with him, ranging from a hammer to a screwdriver to a nail gun. The film definitely takes some of its cues from Italian giallo cinema with much of its violence occurring off-camera and the mystery leading to unexpected results. Consequently, after beginning with a bloody killing spree, the film takes a turn to focus on a deranged man’s disillusions and the search for a missing teen. The cop on the case is pretty ineffective, while the brother’s friend is almost too good at examining the evidence.