Singer-songwriter Leslie Mendelson served as their special musical guest, who was able to warm up the stage as their opening act. She opened with the mid-tempo and upbeat “The Hardest Part ” and performed songs from her Love & Murder album such as “Jericho,” and her crisp and haunting version of “A Human Touch,” which she wrote with Jackson Browne and Steve McEwan.

The control that Mendelson maintained over her voice was incredible throughout the night. Mendelson was able to put on a badass live show, and emerged as the heir to Linda Ronstadt as a “future Queen of Acoustic and Folk Rock.” Her music is available on Apple Music. 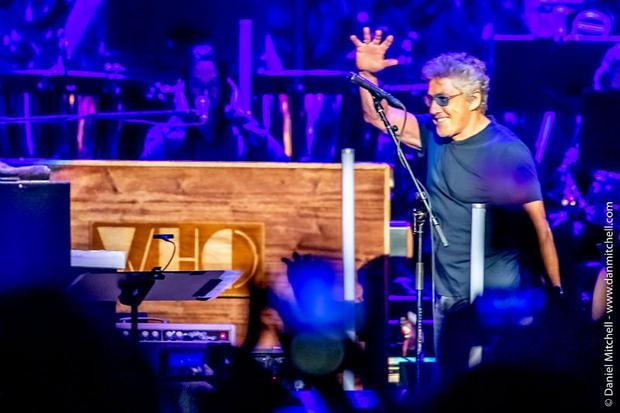 As The Who took the Madison Square Garden stage, they kicked off their set with “Overture,” while Daltrey took his fans back to “1921” with his harking voice, which was indeed a good year. During “Amazing Journey,” Daltrey swung the microphone as red lights dimmed from the stage. 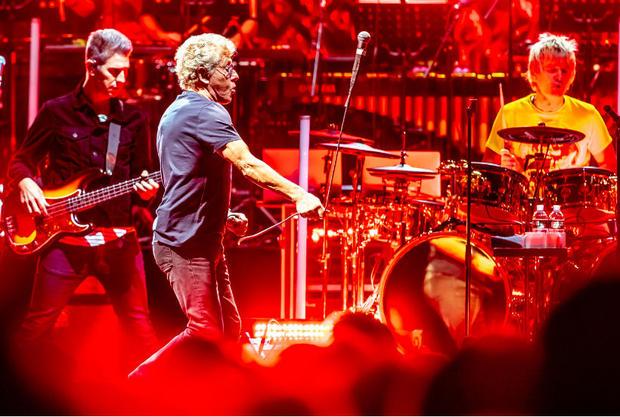 After “Sparks,” “Pinball Wizard” was a fan-favorite and high-energy tune that everybody sang along with them. Daltrey showed some attitude on “We’re Not Gonna Take It” and they were able to get the crowd on their feet and clap along with them on “Who Are You.” 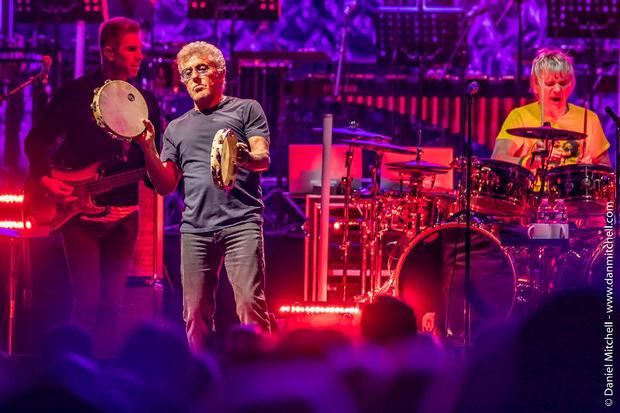 “It’s good to be back,” Daltrey exclaimed as he spoke to the audience. “It’s great to be back in New York,” the front-man added. “This is an add-on show from the one we did in May. We wanted to come back. It’s wonderful to be here,” Pete Townshend said. 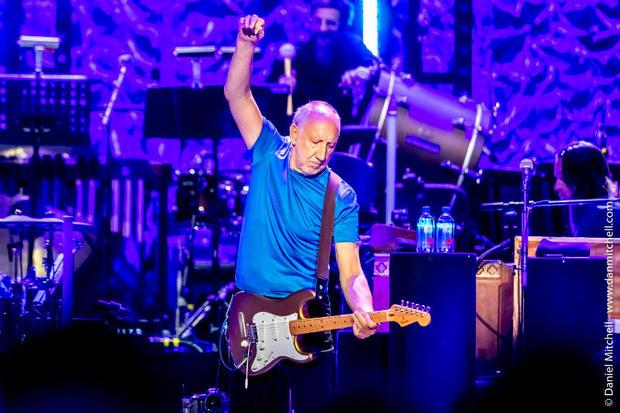 Townshend sang lead on “Eminence Front,” while Daltrey played the guitar, and it received them a standing ovation. Daltrey subsequently described The Who by Numbers collection as one of his favorite albums since it was the “perfect album,” which contained the song “Imagine a Man.” The song began with a violin solo and it was an expressive and controlled performance that resonated well with all.

They revealed that “Hero Ground Zero” is a newer song that they only performed for the second time ever tonight (the first time was at Wembley Stadium in London this past July). Townshend dedicated it to his late friend, Paul, who passed away yesterday, and he described him as a “wonderful guy.” It was a moving tribute to Paul. Townshend shared that the song will be featured on a new album of theirs, which will be released this November. 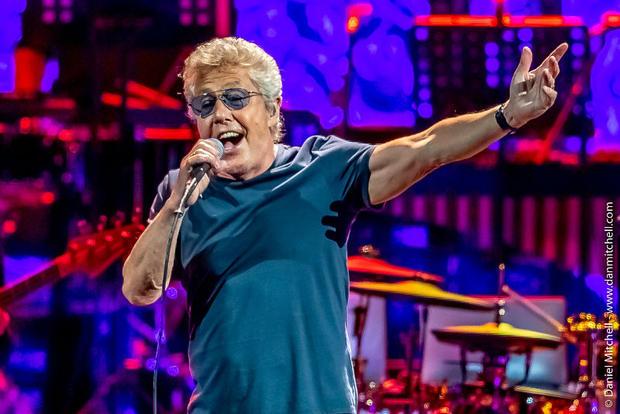 After “the orchestra took a break,” The Who went on to perform the upbeat and fun “Substitute,” where they had the audience on their feet. They immediately broke into the spitfire “The Seeker,” while “You Better You Bet” was infectious and irresistible as everybody sang along. 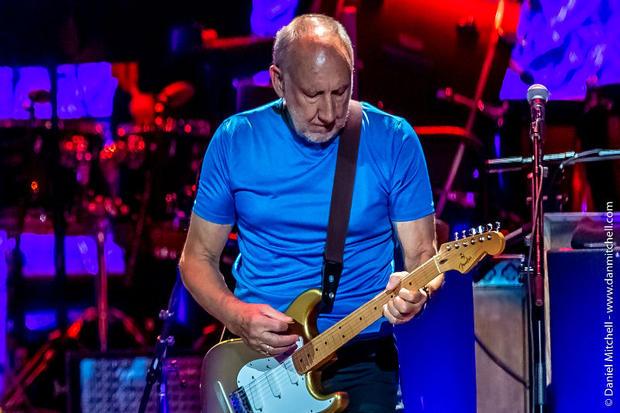 The highlight performance of the night was when Daltrey and Townshend performed “Won’t Get Fooled Again,” solely with Townshend backing both of them on acoustic guitar. This allowed Daltrey’s rich and raspy vocals to shine and proved that Townshend’s ability on guitar is unparalleled. Equally exceptional was “Behind Blue Eyes.” 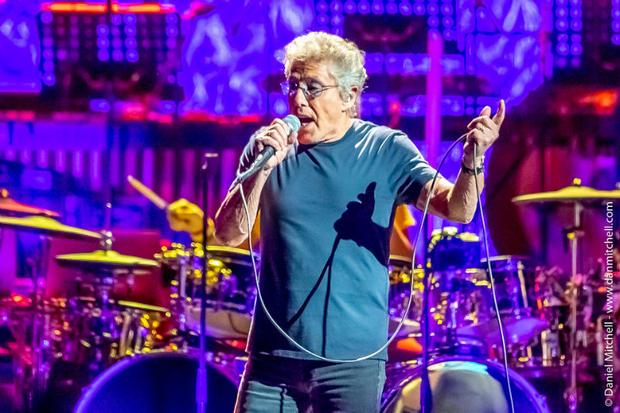 Roger Daltrey of The Who showcasing his rich, raspy voice at the ‘World’s Most Famous Arena’ Madison Square Garden
Daniel Mitchell

As the orchestra returned to the stage, they began the final portion of their show with “Guantanamo,” and they continued with “The Real Me” and “I’m One.” Other stand-out tunes included “The Punk and the Godfather” and “Drowned” from their seminal studio album, Quadrophenia. 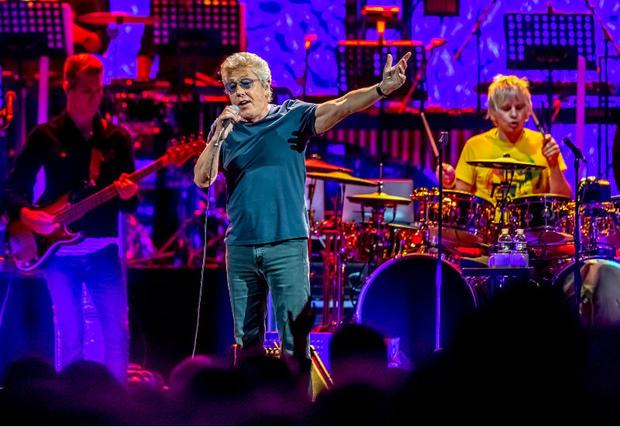 Roger Daltrey of The Who
Daniel Mitchell

After “The Rock,” they closed with such powerhouse tunes as “Love, Reign O’er Me” and their signature song “Baba O’Riley,” which became the anthem of the evening, and earned them lengthy standing ovations.

Overall, The Who was terrific at Madison Square Garden. They gave them a night of classic rock music to remember and they had the audience with them every step of the way. They played for well over two hours, and it was a memorable evening at the “World’s Most Famous Arena.” Seeing Townshend do his trademark “windmill” moves was an added bonus.

The Who proved that they are still at the top of their game musically, even 55 years into their musical careers. Their special musical guest, Leslie Mendelson, was gifted and rocking in her own right. The Who’s live show at The Garden garnered five out of five stars. 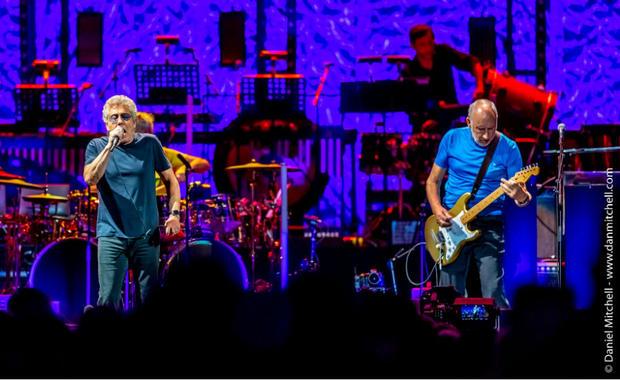 Roger Daltrey and Pete Townshend of The Who
Daniel Mitchell

In this article:Concert, leslie mendelson, Madison square garden, orchestra, Rock, The Who