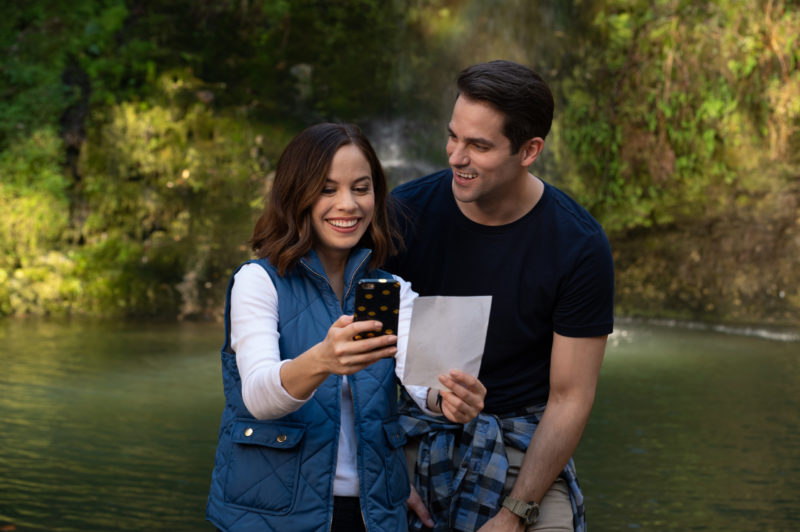 “The Nature of Romance,” starring the real-life couple Brant Daugherty and Kimberly Daugherty, is a beautiful film on UPtv.

It just premiered on May 15 on UPtv. In this poignant film, a busy travel writer named Jackie Sinclair (Kimberly Daugherty) goes “glamping” at a state park with her best friend Annette (Breanne Hill) and finds herself falling in love with one of the park rangers, the handsome ranger Sean (Brant Daugherty) who may prove that looks can be deceiving.

Sean offers to be Jackie’s tour guide at the park with the hidden agenda that he hopes she will write an article about it in one of her glossy magazines. While they bump heads at first, Jackie and Sean go on adventures together, and they seem to grow closer. Will this be love? It can go either way.

Without giving too much away, Brant and Kimberly have great chemistry together on-screen, and they sustain the viewer’s attention for the majority of the film; moreover, the movie’s cinematography is visually stunning (and it makes one fall in love with that state park).

Veteran and versatile actress Elizabeth Ann Townsend is marvelous in the role of Evelyn Davis. This heartwarming film was nicely directed by Christine Conradt, and it garners four out of five stars.

The trailer for “The Nature of Romance” may be seen below.

In this article:Brant Daugherty, Film, kimberly daughety, Movie, The Nature of Romance, uptv