It featured some really moving performances. In particular, Avery (Alicia Leigh Willis) was incredible opposite Damian (Erik Fellows) as she is there for his grandfather (former mayor Jack Madison played by John Aprea) during his COVID diagnosis on the show. Viewers were also able to see the soft side of Fellows in a more subtle acting performance.

Equally impressive was Avery when she went to prison, alongside Damian, to bail R.J. Garrett-Foster (Najee De-Tiege) after being wrongfully arrested by a corrupt cop, as part of a “Black Lives Matter” movement protest. She let Officer Kurosaki have it, and stood out as R.J.’s pillar of comfort. 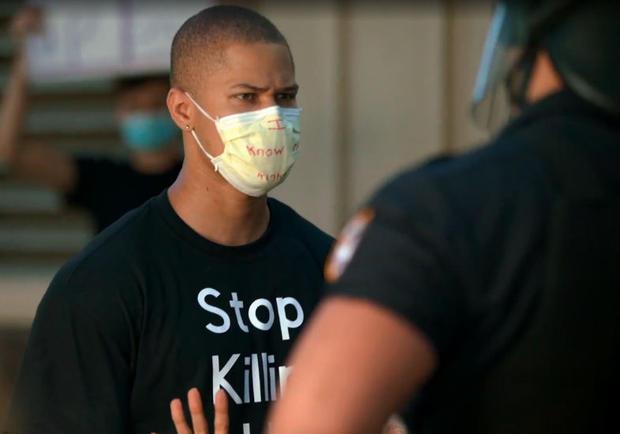 For the last three consecutive weeks, Najee De-Tiege has been nailing this BLM storyline, and he has been doing that in a raw and unflinching manner, to the point where it is universally relatable to fans and viewers. His acting work this season has been worthy of an Emmy-reel. Well done.

The “Cry Havoc” episode of The Bay may be seen on Popstar! TV by clicking here.

In this article:Digital, Drama, Series, The Bay