DJ Mike Savage did a superb job spinning records in between the sets, and getting the fans energized about 90’s music, following The Allmost Brothers Band, which paid homage to The Allman Brothers Band. 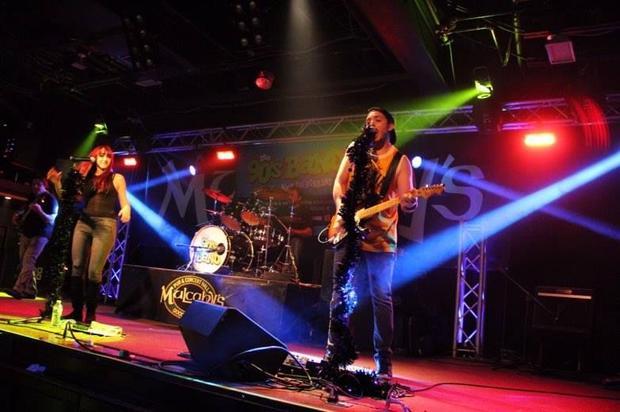 The 90’s Band opened their set with “Semi-Charmed Life,” and it was a real treat to hear them cover Hanson’s “MMMBop,” prior to their popular versions of Blink-182’s “All the Small Things” and “What’s My Age Again.” Despite having a cast on her foot, that did not stop front-woman Nicoletta from doing a great job on No Doubt’s “Just a Girl” and Meredith Brooks’ “Bitch.” Phil always nails Lit’s “My Own Worst Energy,” as the crowd was singing along to its catchy chorus, and the same holds true for Oasis’ “Wonderwall,” which was another neat singalong. They closed with classic Shania Twain by singing her country crossover hit “Man! I Feel Like a Woman.”

Wannabe was fun and entertaining as always, as they took their fans on a trip down memory lane with such Spice Girls classics as “Say You’ll Be There,” “Who Do You Think You Are,” “Next Generation,” and of course, the upbeat “Wannabe.” The 90’s Band and Wannabe were both a great way to kick off the final month of the year at Mulcahy’s.