Mike Manning plays Charlie Dale, and he is a revelation this week on the hit daytime drama. Viewers find out that Charlie is the son of Ava Vitali (Tamara Braun) and that he and Tripp are half-brothers; moreover, he is the one that is responsible for Allie Horton’s (Lindsay Arnold) rape in London.

The scenes between Manning and his luminous acting partner, Tamara Braun are well-executed, bold, and convincing. He showcases feelings of anger, frustration, regret, and even vulnerability in an acting performance that really runs the gamut.

Ava Vitali will be put in a difficult situation, where she feels the need to come clean with this new information (to help her other son Tripp who has been wrongfully accused of rape) and for Charlie to suffer the consequences. Braun layers her emotions well and she is able to humanize her villainous character, in these instances. 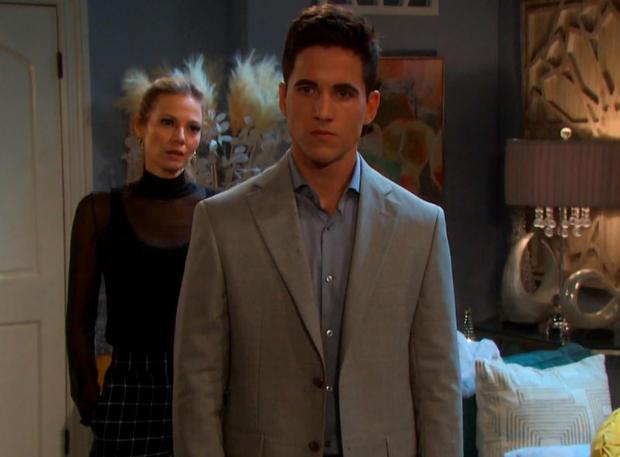 Both Braun and Manning are magical together on screen, as mother and son, and they really knock it out of the ballpark. They command the audience’s attention the entire time, which will be drenched in a wide spectrum of raw emotions. Tune in next week to see how this storyline unfolds.

Earlier this summer, Tamara Braun won an Emmy Award for “Outstanding Supporting Actress” for playing Dr. Kim Nero on General Hospital, but one should not be surprised if she earns an Emmy nod in next year’s ceremony for playing Ava Vitali on Days of Our Lives. Ever since Braun has been back on the show, her work is too huge to be ignored, and the writing for her is solid and impressive as she continues to wreak havoc in Salem.

Manning also deserves to submit an Emmy reel for his acting work opposite the wonderful Tamara Braun in Days of Our Lives in his own right.

Aside from her acting work in Days of Our Lives, Braun will be starring in Kombucha Cure, along with iconic actress Jennifer Bassey, which was directed by Cecilia Choi.

In this article:days of our lives, Mike Manning, Nbc, Tamara Braun, The Bay